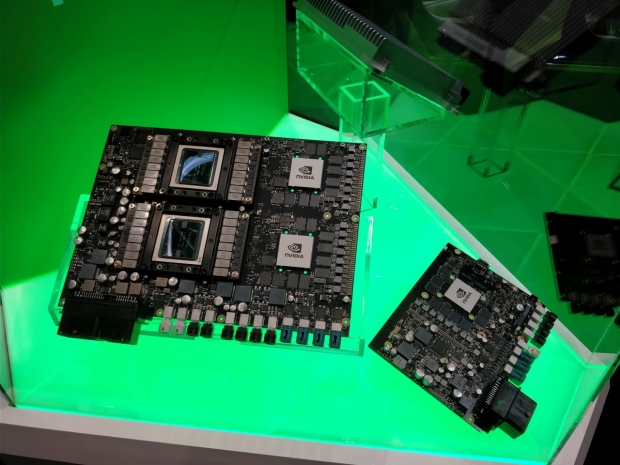 The automotive industry is very slow to adopt technology and traditionally the life cycle of a car is six years. Every third year the car gets a facelift improvement but generally every six years you can expect a totally new platform. With that in mind, Nvidia Drive Xavier and Pegasus won’t go into production before 2019.

Nvidia has shared with financial analysts that it is sampling Drive Xavier today and that full production is expected in Q1 2019. The Drive Xavier is likely to be 20 times faster than the Drive Parker one-chip solution. Xavier is also a one-chip solution that should enable high-level autonomous driving. Nvidia calls this a Level 5 chip but we would be a bit skeptical about its ability to offer full Level 5 self-driving.

Back in October 2017, Jensen said that Xavier can deliver 30 Teraflops at 30W.

Tesla, for example, is using a hybrid solution based on a Denver CPU and Parker GPU. Denver comes with two Denver and two A57 cores. The GPU compute part consists of 1 x Parker GPGPU with 256 CUDA cores as well as one MXM module. We could not find the proper answerof  what actually is inside that MXM module and we could not find  pictures of it.

Drive Pegasus will sample in Q3 2018 which indicates that post-Volta GPUs should be ready by that timeframe. Production will happen only a year later. This might have something to do with the initial launch date of the Drive Pegasus equipped vehicles. It looks like Pegasus will be inside what Nvidia calls Level 5 cars and that these will hit the streets in early 2020. 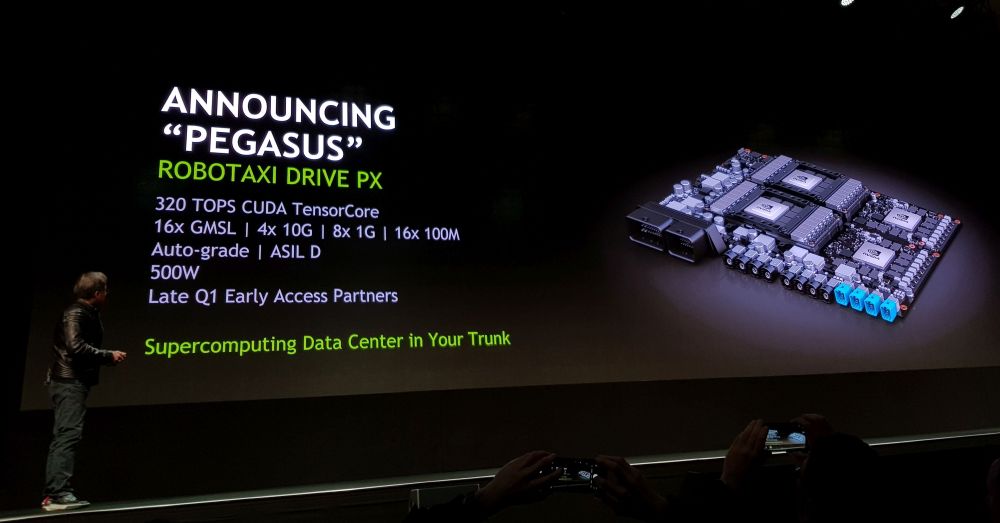 The one after that is called Orin and is slated to bring the performance of Pegasus in two chips.