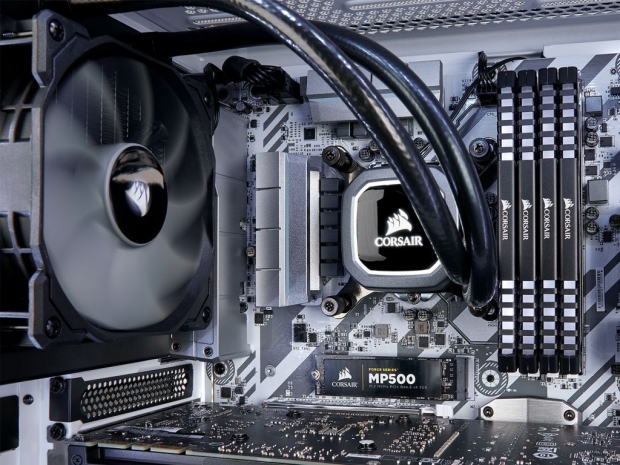 Calling it the 2018 Edition, Corsair has released a revised version of its quite popular Hydro Series H60 liquid CPU cooler, giving it a redesigned cold plate, a slightly updated radiator with better fan, white LED lighting on the pump/block unit and more.

According to Corsair, the Corsair Hydro Series H60 2018 Edition is the coolest, quietest and the best performing 120mm radiator liquid cooling system ever made by the company. Although we do not have specific details, Corsair did note that the copper cooling plate has been redesigned for better cooling performance while the aluminum radiator is much denser.

The most significant update is the new 120mm SP-series PWM fan which provides both significantly higher airflow and much lower noise level compared to the older fan, pumping out a maximum airflow of 57.2 CFM at 28.3 dBA of noise while it spins between 600 RPM to 1700 RPM.

Another big update is the support for the Corsair Link, which allows monitoring and control of all coolers and temperatures as well as RGB lights across the system when paired up with other Corsair Link units.

Last modified on 26 March 2018
Rate this item
(0 votes)
Tagged under
More in this category: « Seagate announces Exos X14 enterprise HDD There's no Love for the US »
back to top