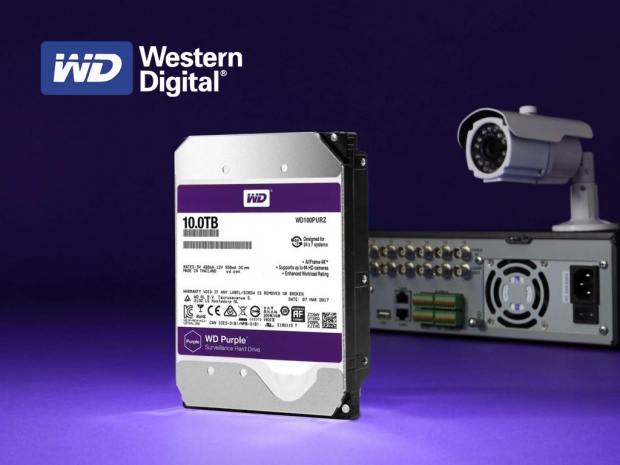 5400rpm spin and a large cache

In case you missed it, Western Digital's Purple HDD series is aimed at video surveillance applications and is built to 24/7, always-on, HD security systems. It comes with supported workload rate of up to 180 TB/yr and support for up to 64 cameras.

Previously available in capacities ranging from 1TB to 8TB, and coming in standard 3.5-inch form-factor with SATA 6Gbps interface, Western Digital has now updated the Purple series with a new 10TB model.

Same as the previously available 8TB model, the new 10TB WD Purple spins at 5400rpm and does not use IntelliPower technology (like the 1TB-6TB models). It packs 256MB of cache and, according to WD, offers a sustained transfer rate of 210MB/s, highest of all models in that segment.

Most importantly it supports up to 64 cameras and has the new AllFrame 4K technology, which improves ATA streaming in order to reduce frame loss, improve overall video playback and increase the number of hard drive bays supported within NVR. The average power requirements of the WD Purple 10TB model are actually lower than 8TB model and set at 6.2W read/write, 5.0W idle and 0.5 standby/sleep.

It is backed by the same 3-year warranty and offers a rated workload of 180TB/y.

According to WD, the new WD Purple 10TB HDD should be available immediately with an MSRP set at US $399.99. 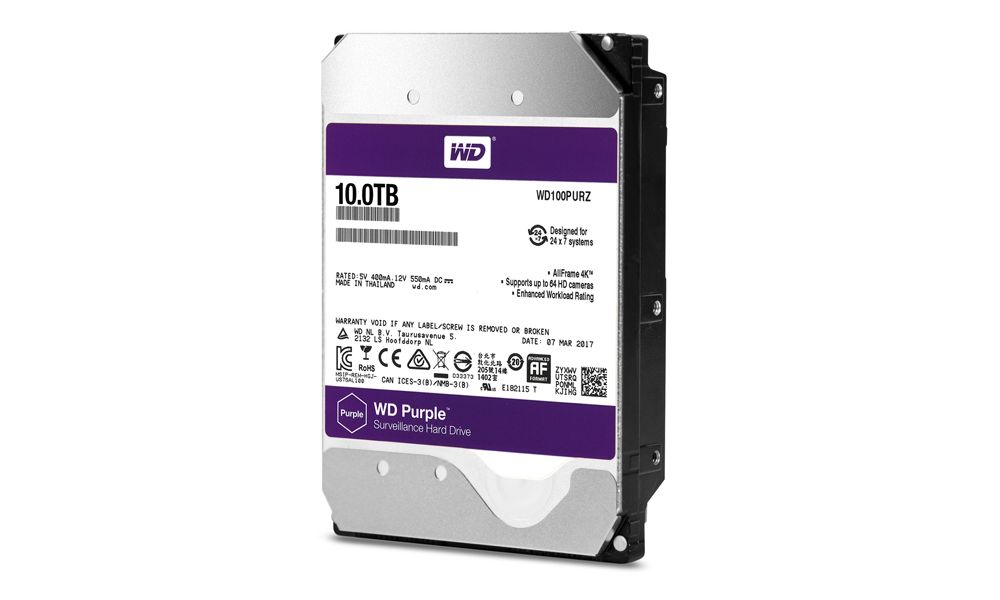