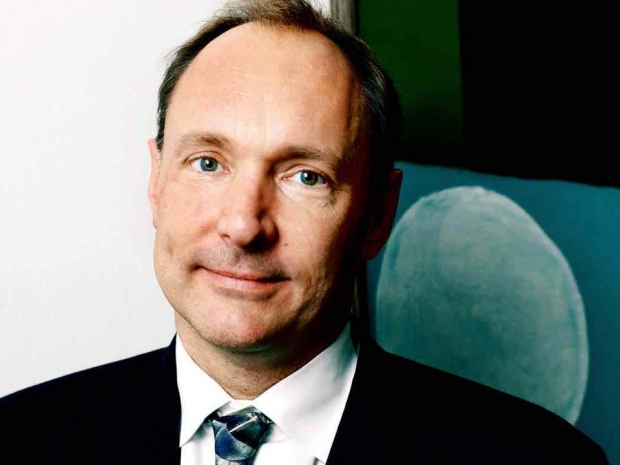 Free speech, targeted ads, and the quest to unspread misinformation

Sunday marked the 28th anniversary in which Tim Berners-Lee, the English computer scientist accredited with the invention of the World Wide Web concept, submitted his original proposal to CERN that ultimately became the first standard for the internet.

But rather than reminiscing on another year of existence for the world’s most ubiquitous data-rich network, the author decided instead to speak instead about the three major concerns that currently face the internet as we know it today and the changes we will soon need to make in order to address them.

In a column for The Guardian, Berners-Lee highlighted the three pressing problems facing the web as an open platform, and they include our loss of control over personal data, the rapid and informal spread of misinformation through search engines and social media, and the need for more transparency in political advertising and targeted fundraising campaigns.

The current business model of the web, he explains, offers users free content in exchange for the storage of personal data. While most users agree to having major tech companies like Google, Facebook and Twitter tracking their daily activities in order to sell targeted advertisements, there is often an inconsistency when it comes to clicking a user Agreement and actually reading its terms and conditions. For instance, a 2015 survey by Scoopshot, over 30 percent of 1,270 respondents said they have never read a Terms of Service when signing up for a social media platform, while only 17.56 of people have “always” read the agreement.

Berners-Lee argues that as our data gets increasingly held in “proprietary silos,” we lose out on the benefits of being able to gain direct control over our data, where we could then decide who gets access and for how long. In addition, if there is no way to “Opt Out” of certain data records with companies we have signed terms with, and especially with their third-party partners, then the terms have basically become “all or nothing,” he admits.

One solution is to call on big tech companies like Facebook and Google to “strike a balance” that puts a fair level of data control “back in the hands of people”. For this, Berners-Lee advocates one of his own projects led by MIT and the Qatar Computing Research Institute as a possible solution. “Data pods,” he suggests, are a new method of “decoupling” data sets on social networks across the Web while still allowing users the freedom to choose where their data resides and who can access it. When applications and social networks get decoupled from the data they produce, users can then avoid “vendor lock-in” by seamlessly migrating to a different server without losing any of their data or social connections.

The rampant spread of misinformation

The second concern he highlights in his column is the ability to quickly spread false information through the ranked results of a handful of social media websites and highly-cited news outlets. “These sites make more money when we click on the links they show us,” mainly by using targeted algorithms that can learn from our personal data show content most likely to generate more clicks. “The net result is that these sites show us content they think we’ll click on – meaning that “misinformation, or fake news, can spread like wildfire.”

According to a Pew Research Center study last May, 62 percent of US adults receive their news from social media. Based on a survey of 4,654 individuals, nearly two-thirds of Facebook users get news on Facebook, 59 percent of Twitter users get news on Twitter, and 70 percent of Reddit users get news from Reddit. The idea that social media platforms are often a single source of news has been a major concern for the spread of false information, a point which Berners-Lee notes can be a way to spread “fake news” often disguised under the umbrella of financial or political gain.

The third major point affecting the modern Web era is the rapidly increasing sophistication of the political advertising industry. According to The Guardian, as many as 50,000 variations of advertisements were being served every single day on Facebook during the 2016 US election, all based on raw dumps of personal data that are harvested and sorted through more streamlined algorithms. The suggestion that some political advertisements can be used in “rather unethical ways” – such as pointing voters to fake news sites or keeping others away from polls, now has some consumer groups considering the legality of “microtargeting,” or the customization of ads used to fit particular groups of voters. According to NewCo Shift, some analytics sites will take “psychological profiles” of a slice of a population, correlate these profiles with other data to develop an algorithm and then use the whole system to target individual voters across the entire population. The result is a perfectly-selected ad message to show up in a user’s news feed disguised as “efficient marketing”.

Of course, he also notes that companies will need to actively push back against misinformation while “avoiding the creation of any central bodies to decide what is ‘true’ or not.” This can be done, primarily, through more transparent algorithms that follow a “common set of principles.” The push against the spread of misinformation will also require involvement from government in the form of less citizen surveillance, along with a push for new laws to regulate how political groups can mine personal data for campaigning and soliciting purposes.

He also raised concerns about the abilities of governments with limited free speech laws to track and monitor online activity of their citizens in ways that may impact cultural tensions, minority groups or reinforce political biases towards particular regimes and administrations. According to Freedom House, nearly two-thirds of the current world population live in areas where criticism against the government can be censored, while just 24 percent live in areas with open Internet access.

Last modified on 13 March 2017
Rate this item
(0 votes)
Tagged under
More in this category: « Pioneer releases combo 4K Blu-ray disc player for PC Businesses that snub open source 'will fail' »
back to top