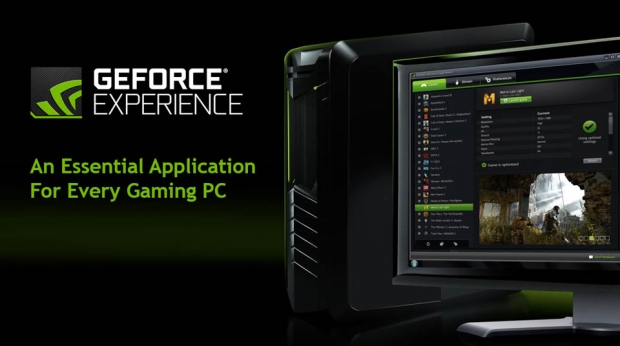 During its annual Editors Day session in San Francisco, Jeff Fisher, Senior Vice President of the Geforce product division took the stage to announce the progress the company has made over the past year in the PC gaming industry including the challenges it faces with regards to hardware demands and scaling.

As of today, there are roughly 200 million Geforce gamers in the world, and gaming on the Steam PC platform by itself has grown over four times in the past four years. This has been a challenge for companies to remain on top of market demands as the global gaming audience continues to grow.

The PC gaming platform is open and scalable, and demands have increased in recent years, especially with the introduction of VR platforms. According to the latest ReportLinker survey, 72 percent of Americans have a positive perspective of VR, while 28 percent have a negative view (54 percent of those being senior citizens). In particular, Geforce currently represents about 90 percent of VR-ready PCs on Steam. As such, the PC gaming market is clearly a target-rich environment for investors, having generated more revenue in 2016 than both the music and movie industries combined.

Over 10,000 years of gaming video viewed each and every day

In the last twelve months, Nvidia has released twenty-two Geforce drivers for 68 games, logged over 1.5 billion hours of gaming with these drivers, and has counted a total of 200 million ShadowPlay videos worldwide. Of these videos, what is particularly of note to Internet network engineers is that over 10,000 years of gaming video are being viewed on the Geforce Experience platform each and every day.

The company’s Geforce Experience utility has been available now for just over four years now and has grown to reach an audience of over 85 million users. Meanwhile, Steam has reached a global audience of around 14.2 million concurrent users as of January 2017. Both platforms have been vital to the success of virtual reality over the past year since the first mainstream headsets were released and will continue to influence the PC industry’s growth trajectory as it continues to attract more consumers to this emerging entertainment platform.

Amazon’s free cross-platform Lumberyard AAA game engine was also mentioned several times during the event. The engine is based on CryEngine, deeply integrated with AWS and Twitch, and allows developers to build or host games on Amazon’s servers. Nvidia says that it will be integrating its GameWorks platform into the Lumberyard engine as part of a collaboration that will give developers more room to scale their apps on a dynamic level as more hosting space is needed.

Jason Paul, the product line manager for Geforce midrange and high-end GPUs, went on stage to talk about improvements made to the GeForce Experience dashboard application. One of the new features available to users later this quarter includes ShadowPlay Highlights, which will allow Geforce Experience application to automatically detect a player’s latest kill streaks, goals, in-game lap records, and other elements of competitive gameplay in general. 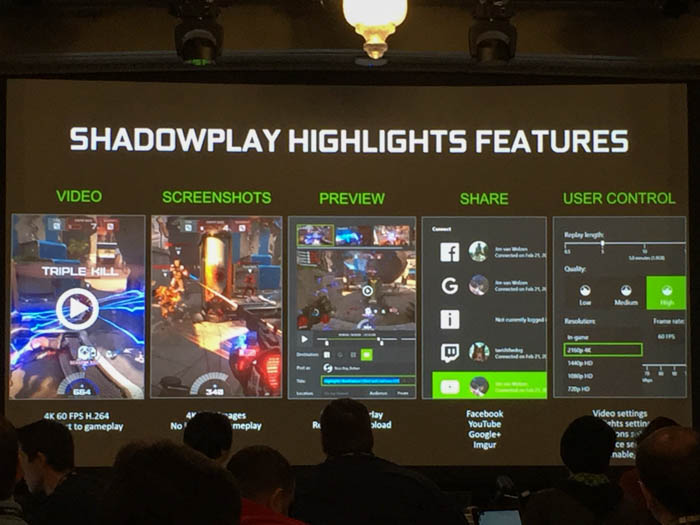 The company says that Ansel and ShadowPlay Highlights will first be available with Lawbreakers and Ghost Recon Wildlands. Users will also be able to control the quality of video and how much disk space will be consumed, allowing users to focus on enjoying their games.

Other general announcements include a new version of Nvidia VRWorks, which is now available with DirectX 12 support. This will give it new features including Direct Mode, Multi-resolution Shading, Lens-Matched Shading and Single-Pass StereoV, among others. In addition, all of this technology has been moved into Unity 2017.1 beta, which releases in Spring later this year. The latest API suite is now available from developer.nvidia.com.

Last modified on 01 March 2017
Rate this item
(0 votes)
Tagged under
More in this category: « iPhones more likely to break than Android Wikipedia editors outsource spats to bots »
back to top