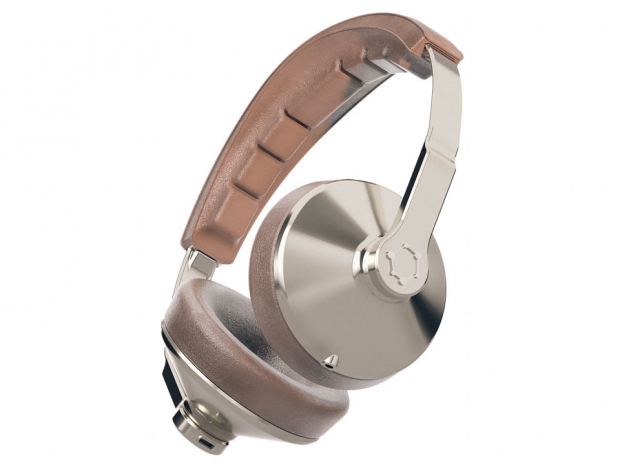 No trip to CES is complete without experiencing the latest developments in high-fidelity audio technology and the incremental improvements being made every day in sound engineering.

This year, one of the more captivating products came from a Montreal-based startup called Ora Sound. The company is one of the first to use graphene nanomaterials as the membrane of choice for its first pair of premium headphones, set to be introduced later this summer for early adopters.

Since it was first rediscovered and isolated in a lab environment in 2004, graphene has not currently been featured in many consumer products because of the high costs associated with manufacturing it into large areas and forming desired shapes. In fact, most products have tended to mix small quantities of graphene flakes into other materials to improve strength without adding weight.

Ora says it has coupled with two suppliers who are betting on the rise of graphene for industrial purposes, saying they will offer the material at relatively low raw unit costs. This will give the company a head start into building smaller, more efficient loudspeaker designs.

Ora has developed its own graphene oxide composite, called GrapheneQ, for use in acoustic transducers with plenty of advantages over traditional consumer loudspeaker materials. Some of these include the ability to produce higher frequency ranges with less energy, extended frequency response by using lighter membranes, lower distortion, more heat dissipation from improved thermal conductivity properties, and the ability to extend battery life in portable audio devices by as much as 70 percent. 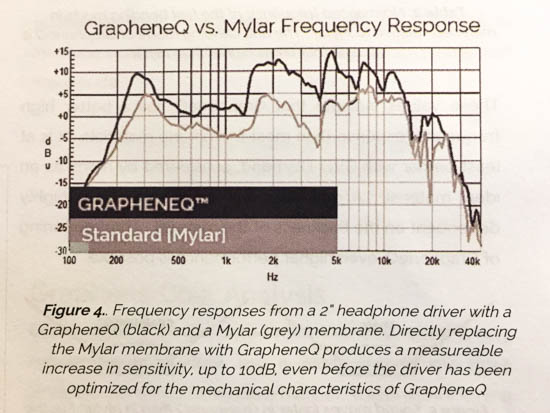 One of the main design challenges with speaker cones is to give them the rigidity needed for creating an intended sound without creating additional vibrations in the process. The ideal material will have a good balance between higher stiffness and lower weight with quick response times, and this is what graphene oxide aims to achieve. 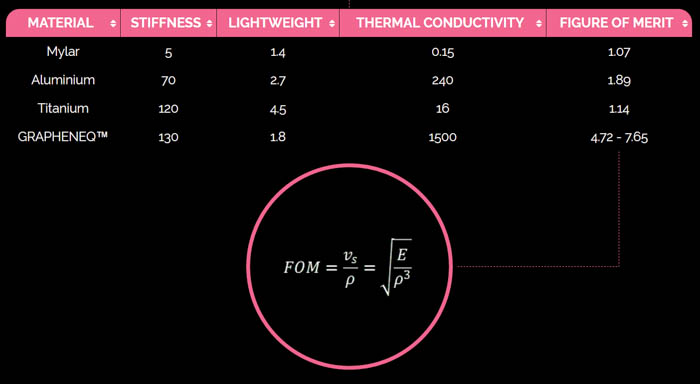 The company even admits that its GrapheneQ material can easily be used as a drop-in material for existing loudspeaker membrane shapes using other materials such as mylar, aluminum, titanium, Kevlar, polymide, hand-treated fabric, and others.

The lighter a speaker membrane gets, the less energy is required to move the cone back and forth to create sound. This translates to longer battery life and broader frequency range. By using graphene oxide, Ora has been able to increase stiffness by a factor of 26 times over mylar and almost twice as much over aluminum, while retaining most of mylar’s lightweight properties.

The other important characteristic is thermal conductivity, as this will allow for improved power handling and will work to reduce a device’s overall battery consumption, especially those using wireless speakers. By removing excessive heat from the voice coils of a micro loudspeaker, the company is able to reduce power consumption in Bluetooth speakers, wireless headphones and other portable audio devices by about 70 percent. 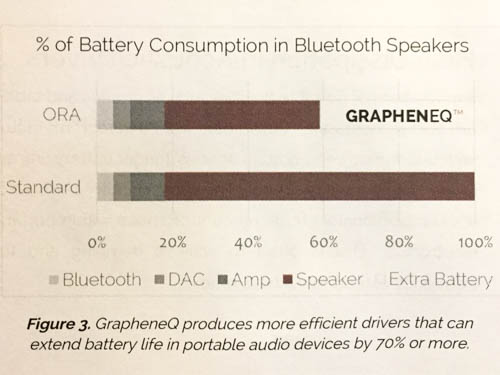 Back in April 2014, a team of scientists at UC Berkeley were the first to build a lab-created graphene speaker that was compared to an off-the-shelf Sennheiser MX-400 earbud, and the results were quite impressive. The hope is that more companies will soon take advantage of this material as volume prices begin to drop over the next few years.

Ora began pre-orders on a limited supply of its first consumer GrapheneQ headphones at CES for an introductory price of $449, and plans to bring them to retail sometime in December for an estimated price of around $849 that is still subject to change.