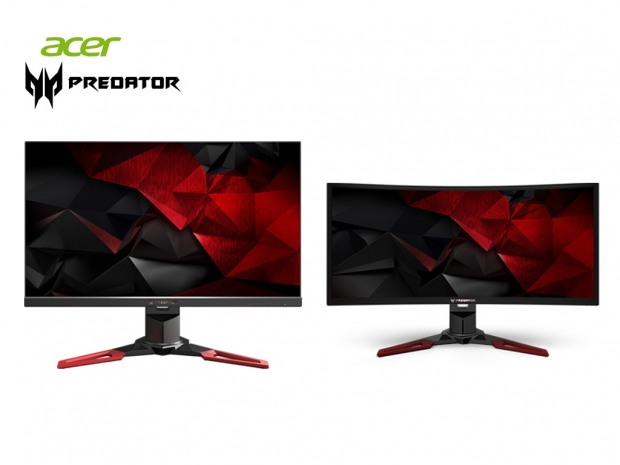 In addition to plenty of new notebooks and the Predator 21 X behemoth, Acer also announced three new gaming monitors at IFA 2016 show in Berlin, all with Tobii eye-tracking technology and Nvidia G-Sync support.

It appears that Tobii eye-tracking is finally gaining some traction and while it is not supported in many games so far, it has been seen in some hot AAA titles that have been released recently, including Deus Ex: Mankind Divided, Tom Clancy's: The Division and Assassin's Creed Syndicate.

Leading the pack in the Acer's new gaming monitor lineup is the Acer Predator XB271HUT, with a 27-inch WQHD 2560x1440 ZeroFrame panel and a maximum refresh rate of 165Hz.

For those that like a bit of a curve on their desk, Acer prepared the Predator Z271T, a 27-inch monitor with 1800R curvature, 1920x1080 resolution and maximum refresh rate of 144Hz. While  curved monitors have become very popular lately, 1080p resolution on a 27-inch screen size does not sound that great.

It is also good to see that Nvidia G-Sync is getting more attention as well, now that AMD broke the 100+ FreeSync monitor mark.

The smallest of the bunch is the Acer Predator XB251HQT, a 24.5-incher with the same flat ZeroFrame 1920x1080 screen and maximum refresh rate of 240Hz.