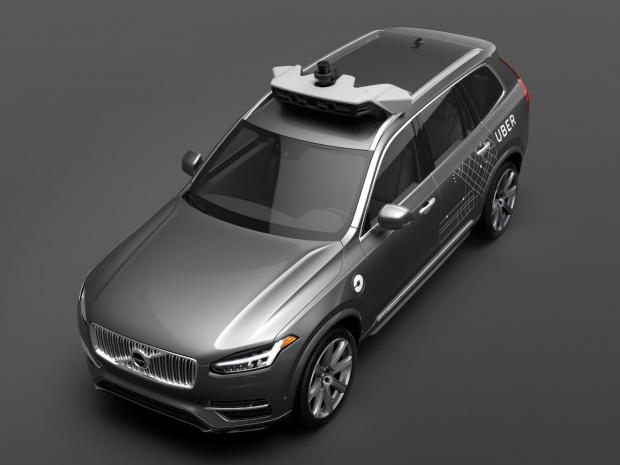 Back in January,  Nvidia  revealed that it had a two Parker SoCs on a board that it calls Drive PX 2 and that the Volvo XC90 will be the first car to use it. A few days back, Uber revealed that customers in down town Pittsburg will be able to use Volvo XC90 cars for their Uber rides.

The important thing to mention is that Nvidia technology is inside as the Volvo XC90 is using DRIVE PX 2 as the heart of the self-driving vehicle. Tesla which was seen as a leader in the self-driving arena was using Mobileye and it plans to end this relationship as soon as it can, due to a death. Most cars today including expensive BMWs which have the highway autopilot feature use Mobileye.

Nvidia Drive PX 2 is much more powerful as it  has two  Parker CPUs and two 256-core Pascal based Cuda cores and it can deliver 24 trillion deep learning operations per second to run the most complex inference algorithms. If that is not re-assuring enough, the Drive PX 2 system has three teraflops of performance for  deep learning. In case you don’t speak geek language, Fudzilla spent a lot of time investigating technologies crucial to self-driving including object detection, Lidar, RADAR, ultra-sonic sensors and all in all, self-driving cars are on their way to be safer than humans.

Uber is a smart business and it wants to get rid of the most expensive part of its transportation business model, a human driver. This won’t happen overnight as the Pittsburg trials will require all Volvo cars to have a person in the driver seat that will sit there “just in case”. The car will drive itself, but the person in the driver's seat will be able to take control at any given moment.

Nvidia and Volvo expect that self-driving cars should hit the streets by 2020 while Mobileye was targeting 2021. Both of these dates are closer than most of you think, and it will make everything safer. Most daily commuters spend an awful lot of time on their phones, not paying attention, and the self-driving car will watch the street all the time, refreshing information in milliseconds and being able to react much faster than any human.

Volvo said that combined with Uber, both companies spent some $300 million on a Volvo based self-driving Uber car. Volvo will make the car and Uber will buy it.

“Volvo is a world leader in the development of active safety and autonomous drive technology and possesses an unrivaled safety credibility. We are very proud to be the partner of choice for Uber, one of the world’s leading technology companies. This alliance places Volvo at the heart of the current technological revolution in the automotive industry.”

It looks like that Uber, Volvo and Nvidia will profit, as essentially this is Nvidia’s biggest win to data, and the self-driving powered by the Nvidia Drive PX 2 will happen much sooner than anyone expected. The first ride will mark the day when Nvidia finally stops being a GPU-graphics cards company. The change of Tegra strategy we mentioned back in 2014 is finally paying off.

Last modified on 23 August 2016
Rate this item
(6 votes)
Tagged under
More in this category: « Nvidia Parker has Denver 2 with Pascal IOActive names and shames the “world’s most insecure” router »
back to top