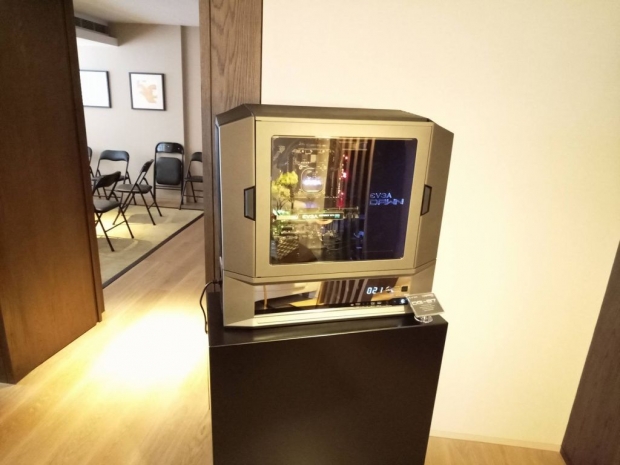 New concept case that is literaly packed with features

EVGA already showed its concept PC case back at CES 2016 show in January and has brought it to Computex 2016 as well, but now with the new DG-87 name.

While it did no give out precise specifications yet, this is obviously a huge full tower PC case with plenty of features, including a unique front I/O panel placed on the side of the case. There is a reason for it as EVGA wants you to hold your case sideways, both in order to show all the insides as well as making it a bit more living room friendly.

As far as we could see, there is enough room for an E-ATX motherboard, four dual-slot graphics cards, plenty of hard drives, including two 3.5-inch ones placed behind the motherboard tray and plenty of cooling options, including room for plenty of fans and liquid cooling systems.

The front I/O panel, which is placed on side, actually features more than what you would expect, including a three-zone fan controller, overclocking K button, standard audio jacks, tow USB 3.0 ports, HDMI output and an USB Type-C port, making it perfect for VR headsets. There is also a second set of power and reset buttons on the top front part of the case.

Unfortunately, EVGA still did not reveal any precise details regarding availability or the price of the new DG-87 PC case but hopefully we will hear more about it soon. 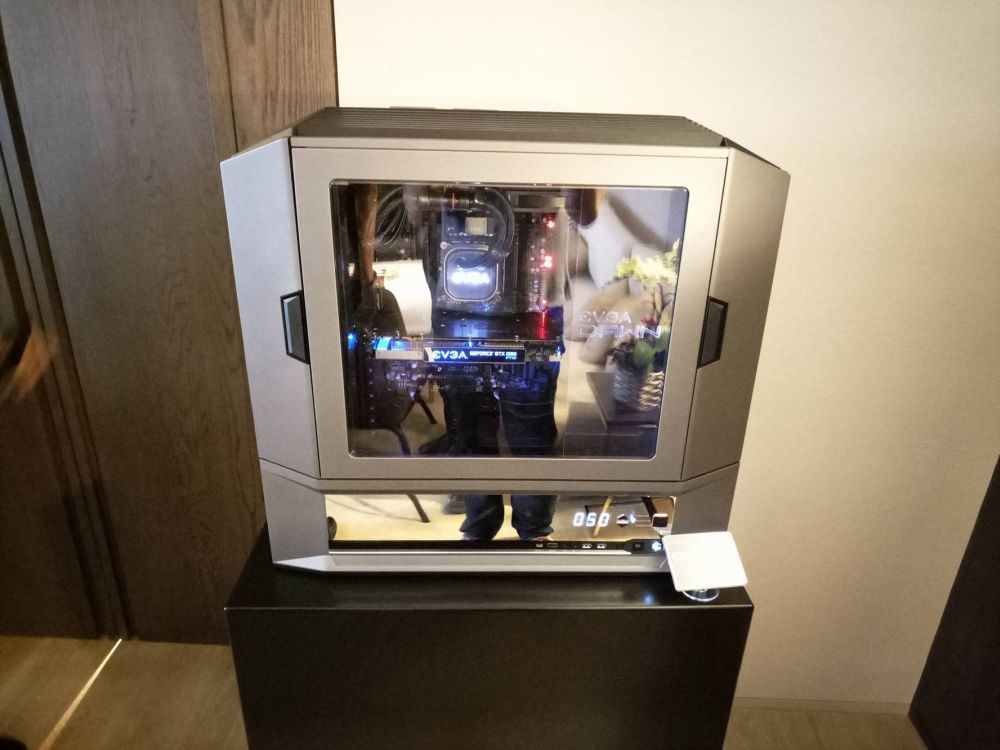 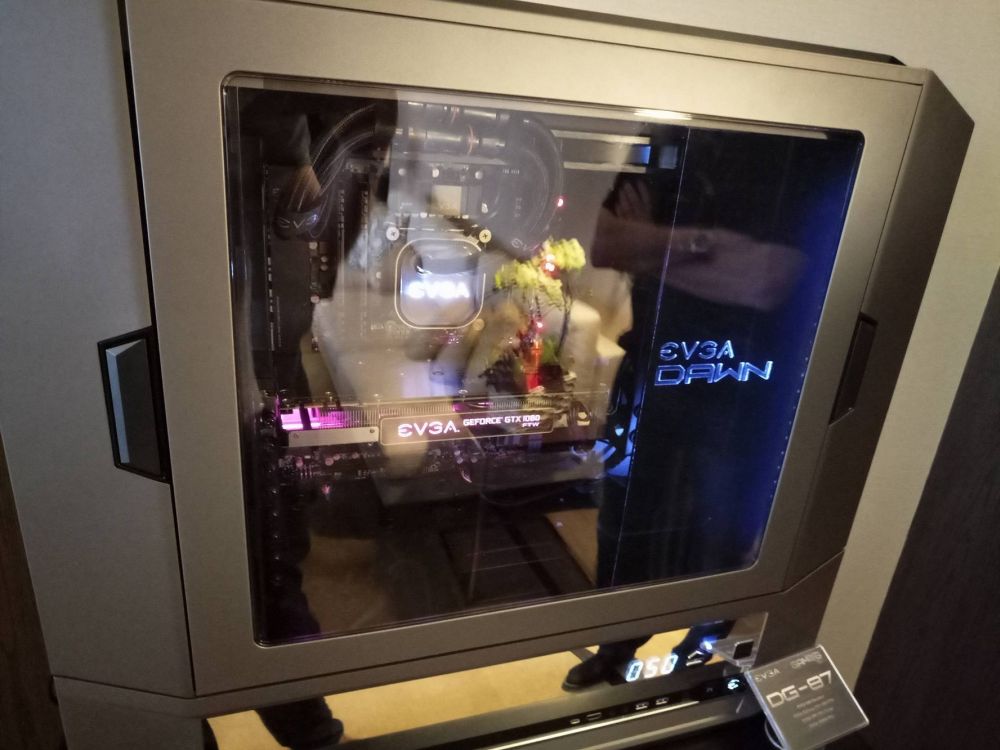 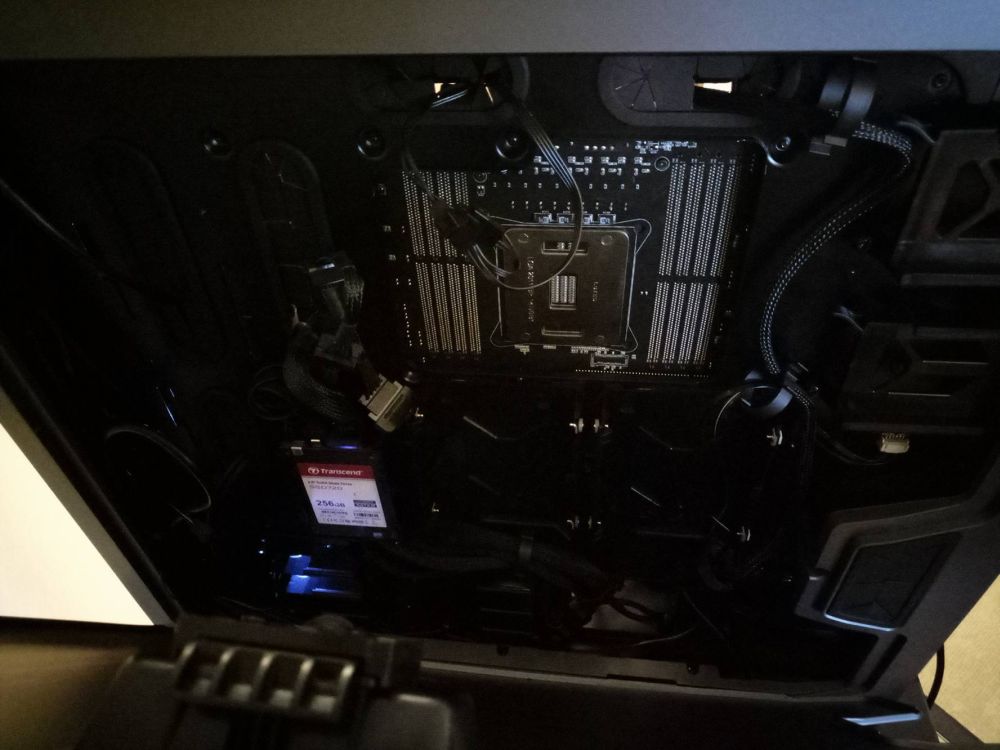 Rate this item
(11 votes)
Tagged under
More in this category: « Apple too late to build a car Apple Pay is the Apple III of finance »
back to top