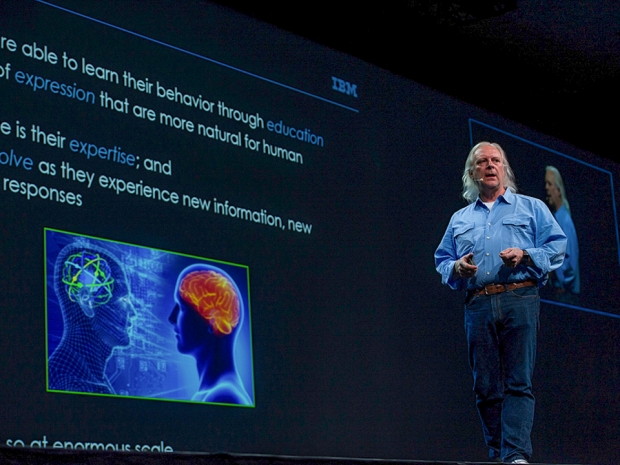 Watson is all about human insight, discovery and advice

On Wednesday, IBM’s Chief Technology Officer Rob High gave a keynote speech with an emphasis on “cognitive computing” – another term for artificial intelligence, but with a goal of changing the role between humans and machines rather than recreating the human brain in machine form.

Rob has worked for IBM for almost two decades, first as Fellow and Chief Architect for the Service Oriented Architecture (SOA) foundation. His current project is Watson, the company’s cognitive computing technology that aims to change the way machines interact with humans at the linguistic, emotional and semantic levels.

If we were to put “cognitive computing” into a category, it would probably look more like “intelligence amplification” (IA) rather than Artificial Intelligence (AI). This is the idea that machine learning can amplify human knowledge, capabilities, and aid day-to-day procedural decisions. 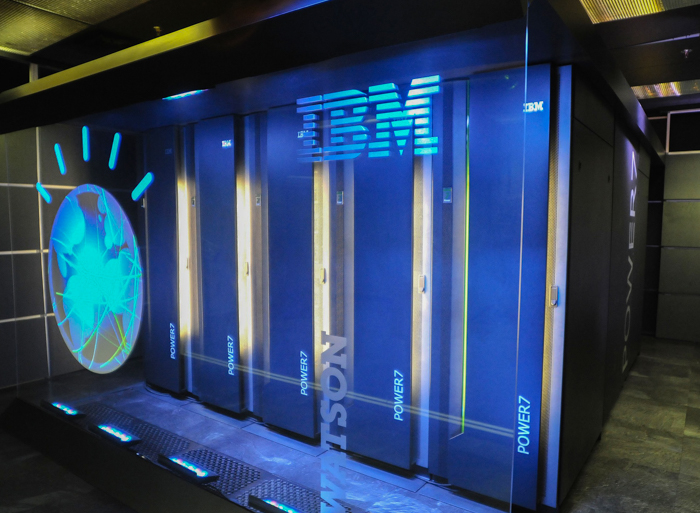 To begin the keynote, Rob High started by pointing out that the world is rapidly accumulating large amounts of unstructured data every day that are not currently understandable in raw format. Since 2015, roughly 2.5 exabytes of data are being generated per day. That number is projected to reach a stunning 44 zettabytes of data per day by 2020. 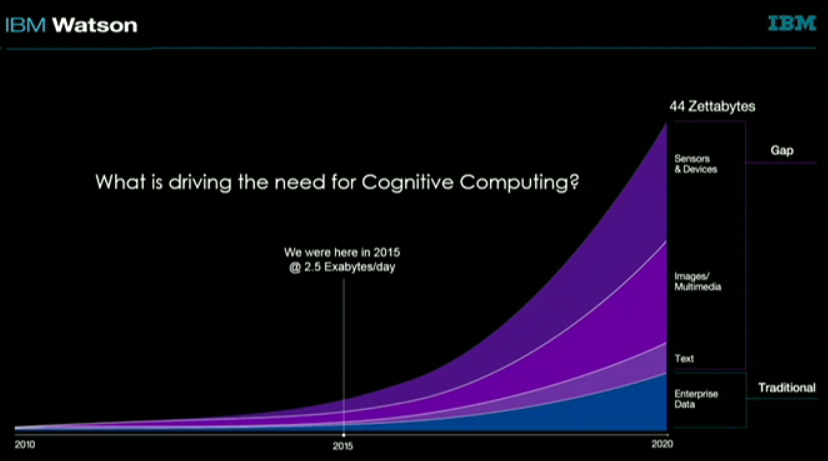 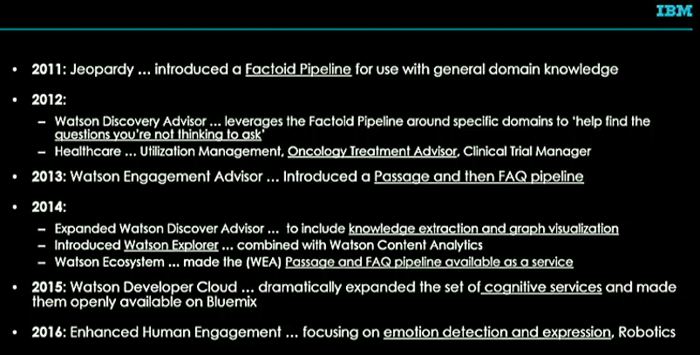 In 2013, the company then introduced a “passage then FAQ” pipeline. This one was more focused on engaging consumers, figuring out an individual’s life interests, and then aiding them with making better day-to-day procedural decisions. One year later, the advisor was improved to include graph visualization and knowledge extraction.

IBM’s Watson Discovery Advisor uses GPU-accelerated deep learning to do natural language processing (NLP), speech recognition, and computer vision to solve problems specific to particular industries. For example, the company has a cloud-based Speech to Text and Text to Speech translator that combines with a “Question and Answer” API to engage in a conversation with a human being.

In November 2015, IBM announced that it would be incorporating Nvidia Tesla K80 GPUs into its Watson natural language supercomputer. When coupled with IBM’s 12-core Power 8 RISC-based CPUs, the Tesla K80 GPU acceleration increases Watson’s processing power by 10 times its prior performance. With OpenPower system optimizations, IBM now has 40 times more inferencing throughput. Using GPUs, the company also has 8.5 times more throughput in training tasks. A server with two Power8 CPUs can now increase the number of documents Watson Concept Insights can concurrently index from seven to 60.

An example of a convolution neural network (via HardwareZone.com.sg)

Ultimately, the company wants to improve its machine learning techniques with deep learning. This can be accomplished through three tasks – modeling "high-level" data abstractions, using model architectures with multiple layers of non-linear transforms, and overcoming challenges of designing hand-crafted features for tasks. 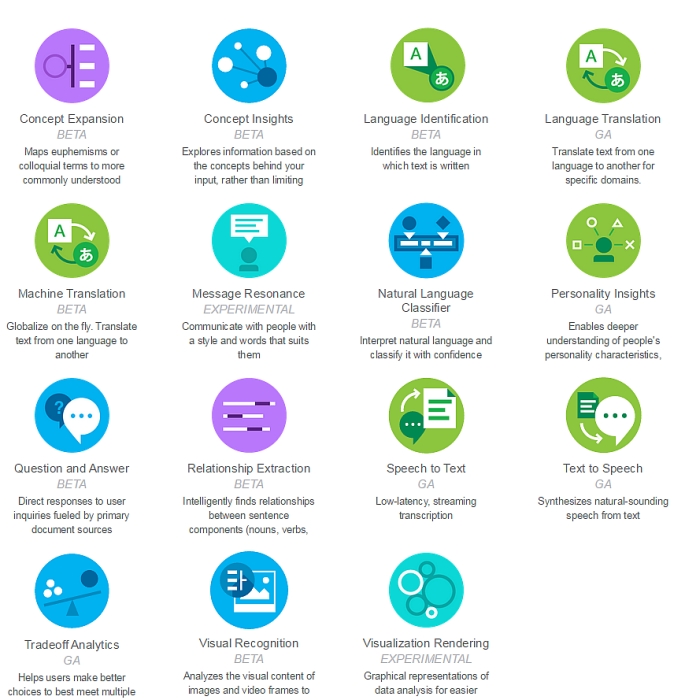 Today, the company has 32 services available on the Watson Developer Cloud hosted on its Bluemix platform-as-a-service.

Going forward into 2016, the focus of the Watson team will be on understanding human personalities based on text. One of our favorite examples of this service is the Tone Analyzer, which uses mathematical probabilities to figure out the underlying emotions of a written paragraph or sentence. This is particularly useful for writing important emails, letters and stories to audiences where first impressions are critical. The utility is available to try as a free demonstration here.

During the keynote, the IBM chief also introduced Connie, a self-learning "concierge robot" powered by the company's question-answering system with an ability to since and dance to a Taylor Swift song (we will leave out the video for your ears sake) 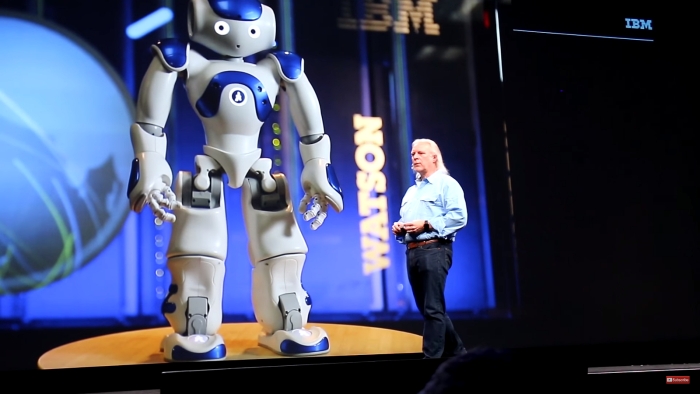 Of course, these advancements fall in line for the most part with Nvidia CEO Jen-Hsun Huang's keynote slide on the "expanding universe of modern AI." IBM's Watson is listed under "AI-as-a-service," and we expect its 32 services available in the Watson Developer Cloud will only grow in time as business professionals, individuals and scientists all begin to grasp the basic need to reconstruct much of the world's "unstructured data" into meaningful information.

“Coping with Humans”: A Support Group for Bots with Carrie Fisher

Last modified on 09 April 2016
Rate this item
(3 votes)
Tagged under
More in this category: « HP jumps on the Virtual Reality bandwagon Nokia decimates staff after Alcatel-Lucent deal »
back to top