Shipping values priced between $608 and $810 USD per unit

Any time a new batch of GPUs are ready to be sent from a manufacturing facility overseas to a supply partner for testing and metrics, there are always debugging and testing parts sent ahead of time to ensure that silicon is quickly brought to market without suffering silicon respin and unforeseen manufacturing delays.

Over the past two months, several sources have begun seeing Pascal GPU testing parts sent from China and Taiwan to India for testing. More recently, however, some actual Pascal-based GPU units have been shipping over the course of February and are on track to make a splash at Nvidia’s 2016 GPU Technology Conference next month.

Zauba is an India-based import and export database that allows corporate clients to track and access daily import and export shipment records to and from different countries and regions, discover new markets and gain new insights into international trade and new market opportunities. 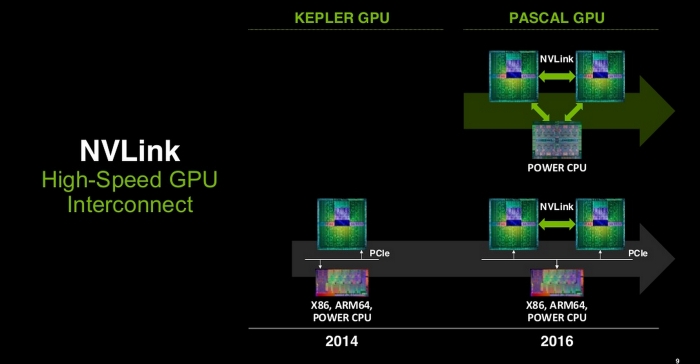 The flagship GP100 (“Geforce Pascal 100”) GPU will be the successor to the GM200 (“Geforce Maxwell 200”) GPU and features up to twice the performance-per-watt of its predecessor. Nvidia’s GP100 will contain a total of 17 billion transistors, over twice the number found in the GM200. It will also feature Nvidia NVLINK, a new proprietary ultra-high speed interconnect technology exclusively for Nvidia Geforce GPUs that will enable communication between CPU and GPU, and between GPUs at data rates between 80GB/s and 200GB/s.

The company is hosting its annual GPU Technology Conference from April 4th to 7th in San Jose, California, and we expect this will be a prime opportunity for CEO Jen-Hsun Huang and senior Nvidia graphics architects to show the international GPGPU developer community and the rest of the world the incredible quantum leap in performance that Pascal will offer compared to 28-nanometer Maxwell chips.

We will be at GTC 2016 this year and look forward to sharing more concrete details on Pascal part numbers, retail pricing, and last but not least, the SKU naming scheme that Pascal will adopt as coming after the Maxwell-based “Geforce GTX 900 Series.”

Last modified on 06 September 2016
Rate this item
(16 votes)
Tagged under
More in this category: « "Right to be forgotten" now applies to all of Google's domains Corsair announces new SF-series SFX PSUs »
back to top