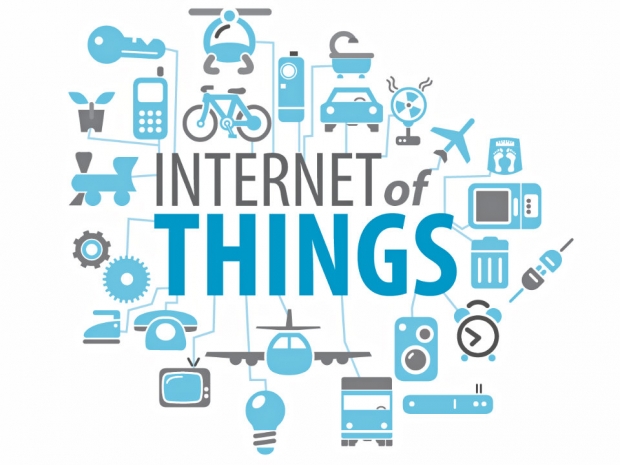 Aims to accelerate Internet of Things to a single open standard

On Friday, a group of industry leaders making headway in the Internet of Things (IoT) market announced a cross-industry collaboration effort aimed at unlocking the massive opportunities for consumers and business with IoT devices, and ultimately a way to quickly get everyone to adopting a single open standard.

The spearheaded effort, known as the Open Connectivity Foundation (OCF), is being lead by Arris, CableLabs, Cisco, Electrolux, GE Digital, Intel, Microsoft, Qualcomm and Samsung. Basically, the industry has finally reached a point where it realized there are too many proprietary IoT solutions that do not interoperate, and as a result the market is getting off to a slow start. To accelerate the pace of market adoption, they are agreeing to launch this cross-collaboration effort based around an open source SDK for Linux, Android and several other platforms.

“Representing a significant cross-industry collaboration, OCF is the only organization comprised of technology suppliers at all levels (product, software, platform and silicon) dedicated to providing this key element of an IoT solution,” says Imad Sousou, Intel Vice President of Software and Services. “By allowing providers to build on a single, open standard, OCF will drive secure interoperability for consumers, business, and industry, which is key to unlocking the massive opportunity, accelerating industry innovation, speeding product development and spurring adoption.”

The industry collaboration group will hold a talk at MWC 2016 on Tuesday, February 23rd titled “Four Years From Now” that is focused heavily towards their open-source software framework, called IoTivity. The talk aims to provide an overview of the Open Connectivity Foundation (OCF), the specification and certification program, and an overview of the open-source SDK running on anything from “embedded devices to rich platforms supporting multiple communication interfaces.” 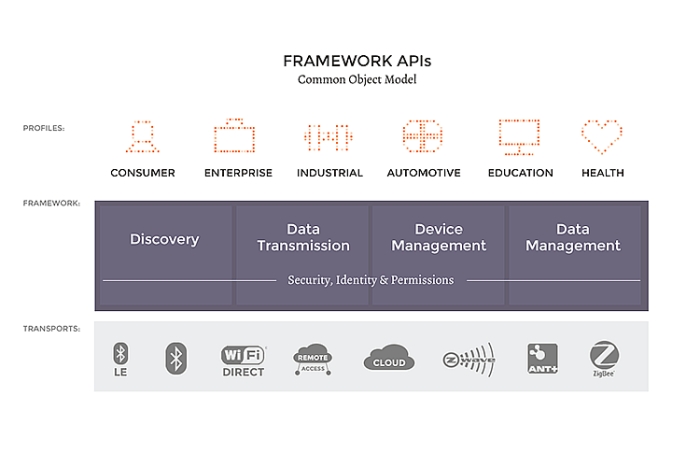 While the name “IoTivity” sounds more like a PR stunt than anything, the standard will eventually allow devices to communicate across multiple technologies and industries. These include home automation, healthcare, the automotive industry, the construction and machinery industries, the security industry, and farming and agriculture, among others.

An example of the IoTivity framework in action with a Heart Rate Monitor (OIC Core Specification v1.0, December 2015, p.25)

IoTivity 1.0.1, the second iteration of the group’s open-source SDK, was published on December 18, 2015 and can be downloaded here. The framework’s core functionality was written in C and it works on Linux, Android, Arduino, Samsung Tizen and the Yocto Project. Java and JavaScript versions are also in the process of being developed.