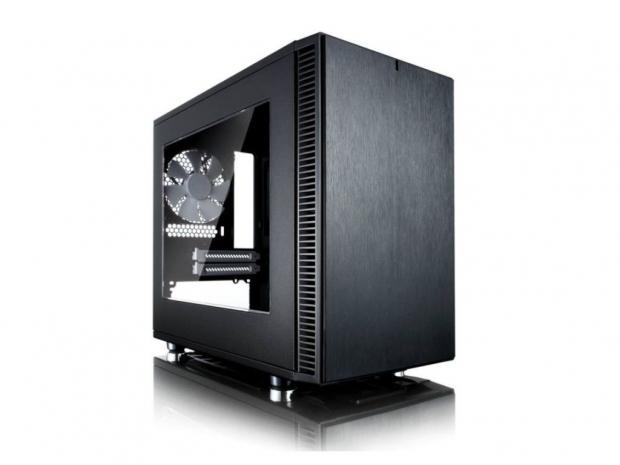 As you could have guessed from the name, the Define Nano S is a smaller PC case measuring at 203x344x412mm and weighing 5kg. Despite its small size, the Define Nano S has a rather extensive support and compatibility and can take up to 160mm long PSUs, up to 315mm long dual-slot graphics cards and up to 162mm tall CPU coolers. It also has enough room for four drives, mounted either at the back of the motherboard tray or on the vertical HDD/SSD mounting plate.

The Fractal Design Define Nano S certainly excels when it comes to both cooling as well as liquid cooling support. It comes bundled with front mounted Fractal Design Dynamic GP14 140mm fan and Dynamic GP12 120mm mounted at the back but also supports additional four fans at six different fan positions. The liquid cooling support includes plenty of room for 140/120mm radiators, as well as support for up to 240mm radiator at the top and 280mm radiator at the front. Fractal Design also included plenty of room for pump and reservoir mounting.

Fractal Design's Define series was always about silence so the Nano S is not an exception either as it includes dense sound dampening material on front and side panels as well as ModuVent on the top of the case.

According to Fractal Design, the new Define Nano S should be available soon with a price set at US $64.99/€69.99 for the standard and US $69.99/€74.99 for the Window version, both only available in Black color option. 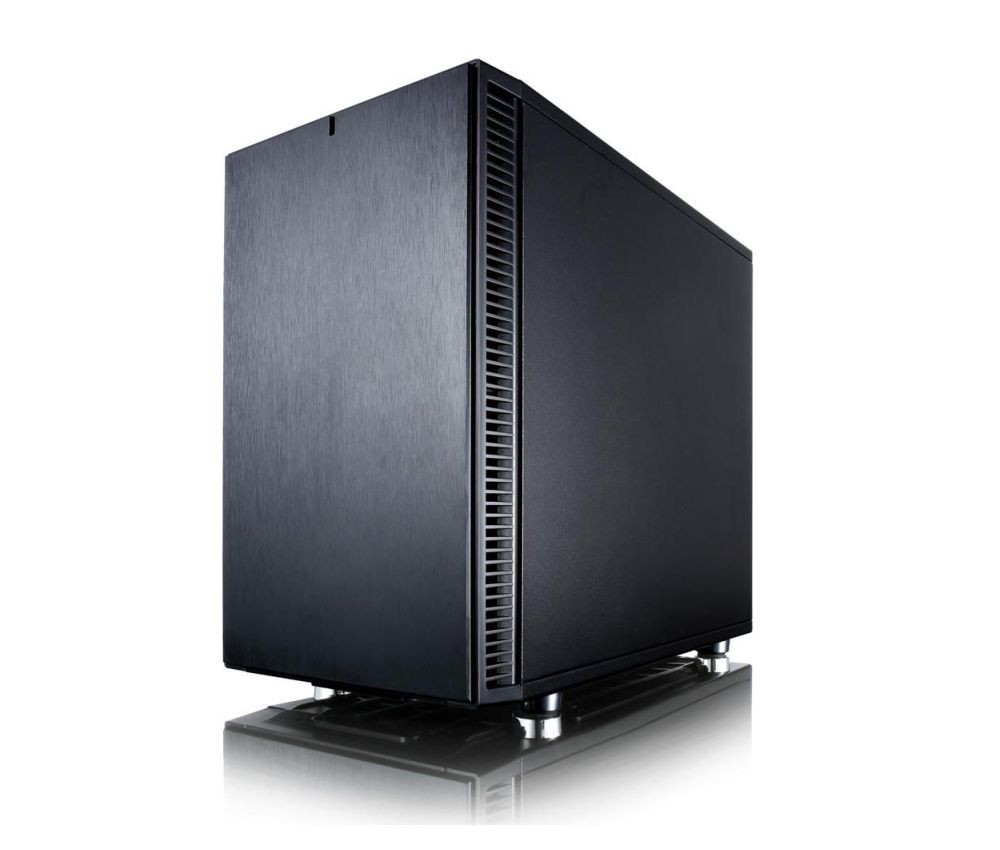 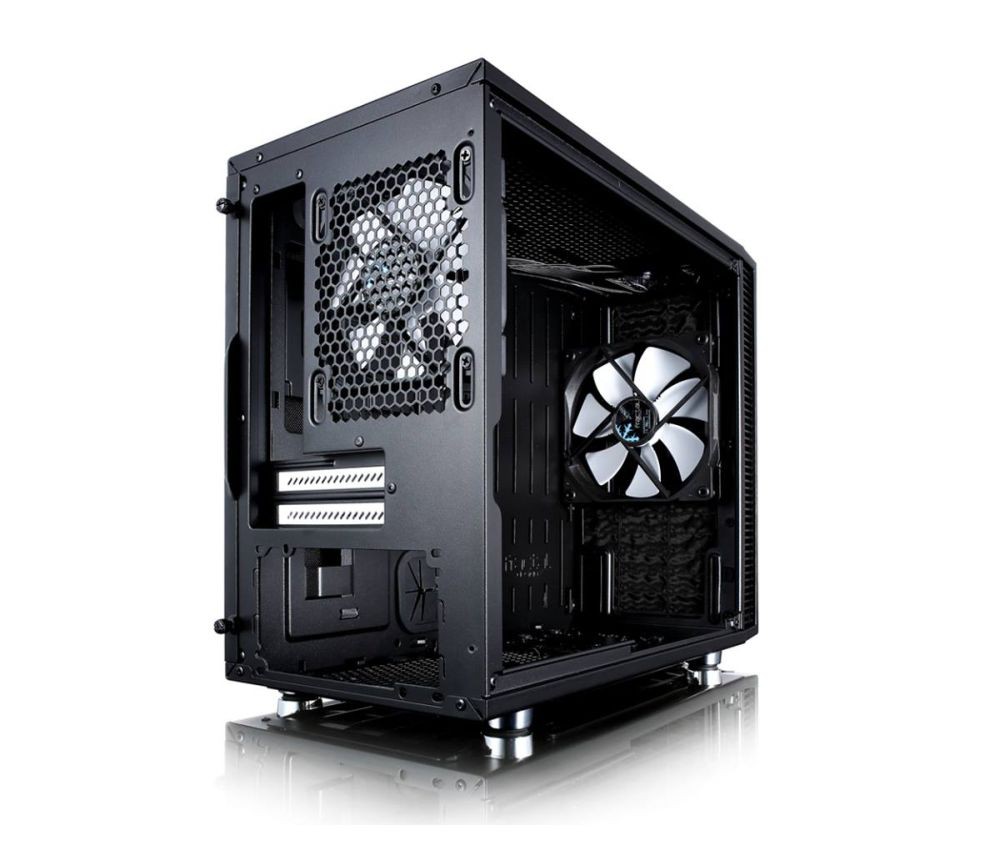 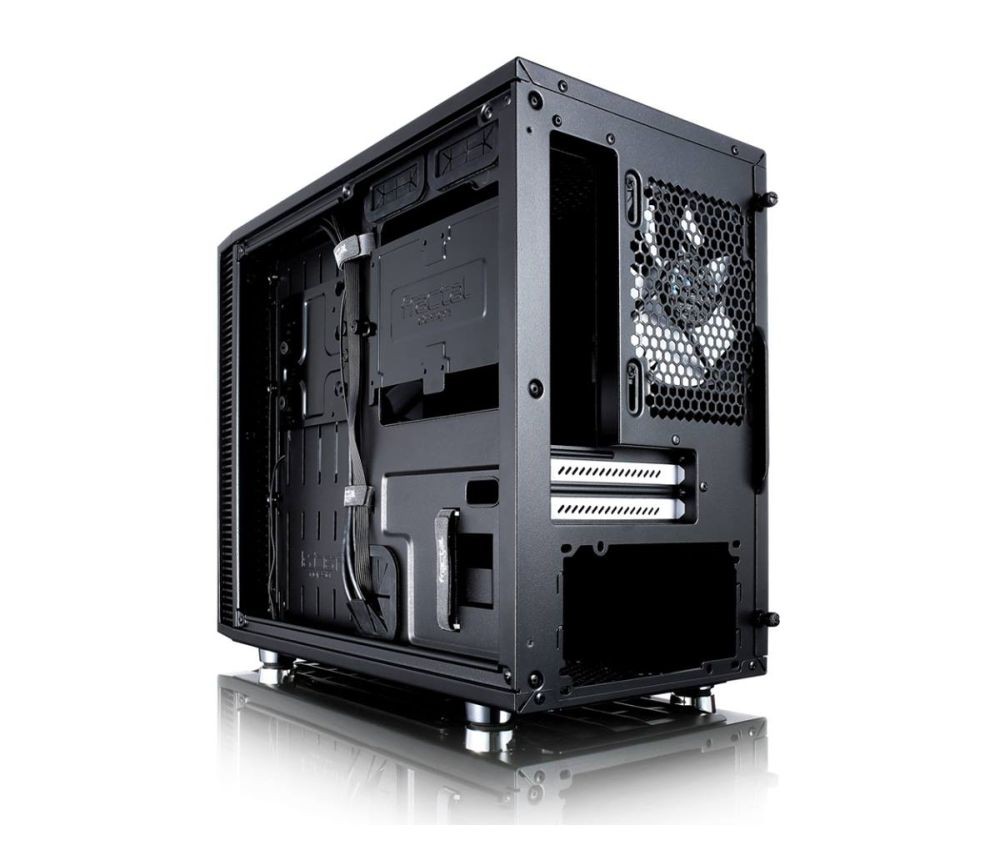