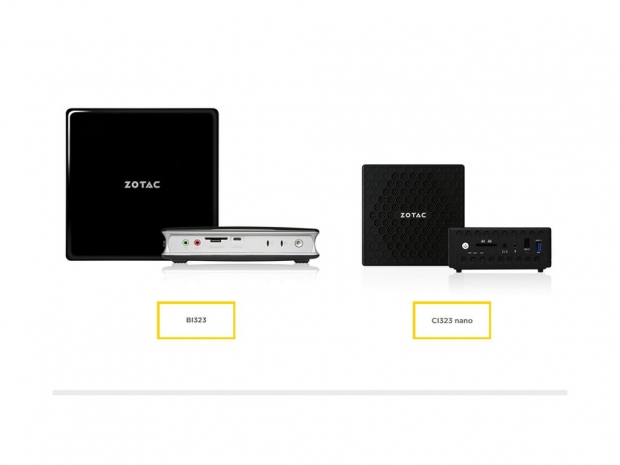 Zotac has announced two new ZBOX mini-PCs, both based on the same 14nm Intel Braswell Celeron N3150 SoC, the ZBOX BI323 and the ZBOX CI323 nano.

The rest of the specifications on both ZBOX systems include support for up to 8GB of DDR3L-1600 memory in two slots, one 2.5-inch SATA HDD/SSD port, Gigabit Ethernet, 802.11ac and Bluetooth 4.0, 3-in-1 card reader, a couple of USB 2.0 and USB 3.0 ports, including USB Type-C port, and D-Sub, DisplayPort and HDMI outputs. The ZBOX CI323 nano also appears to pack a dual Gigabit Ethernet.

While the specifications on both systems are pretty much the same, the difference between these two are in in their form-factor and size. The Zotac ZBOX BI323 has a more narrower but taller design and uses an active cooling system for the Celeron N3150 SoC, while the ZBOX CI323 nano has a more of a standard box-design and is apparently passively cooled.

Unlike some earlier Zotac Zbox mini-PCs, which were available in barebone and Plus versions, the new ZBOX BI323 and the ZBOX CI323 nano will be available in three versions. These include the standard barebone version which comes without memory, storage and OS, a Plus version, which apparently features 4GB of memory and 120GB SSD, and a Windows 10 Home version, with 2GB of memory and a 32GB M.2 SSD with pre-install Windows 10 Home OS.

Zotac did not announce any details regarding the price but we expect them to show up in retail/e-tail soon so we will have a general idea on the price. 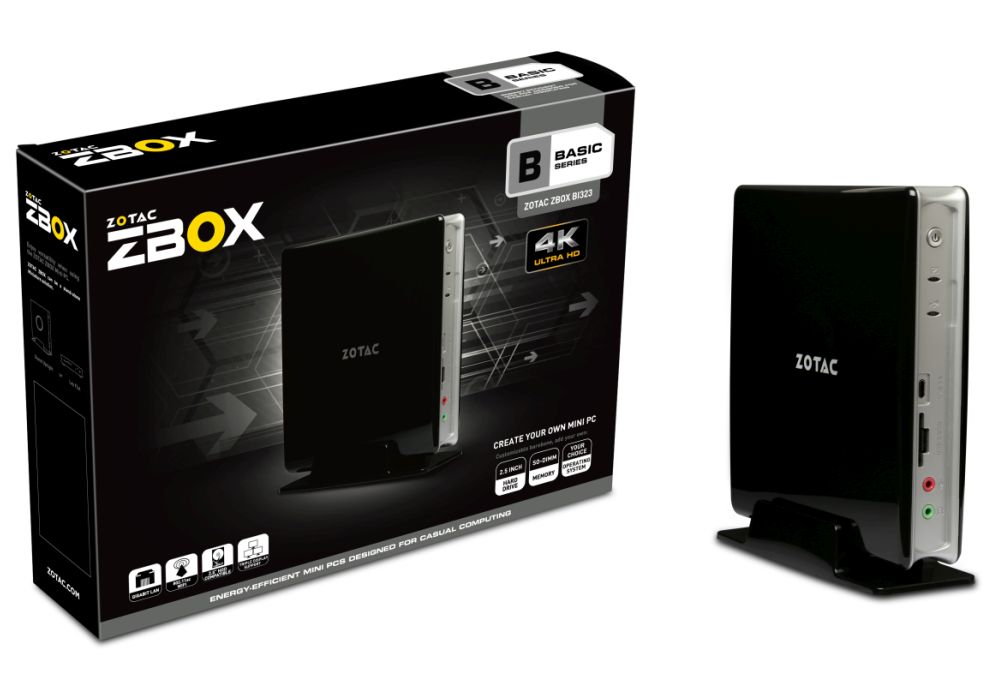 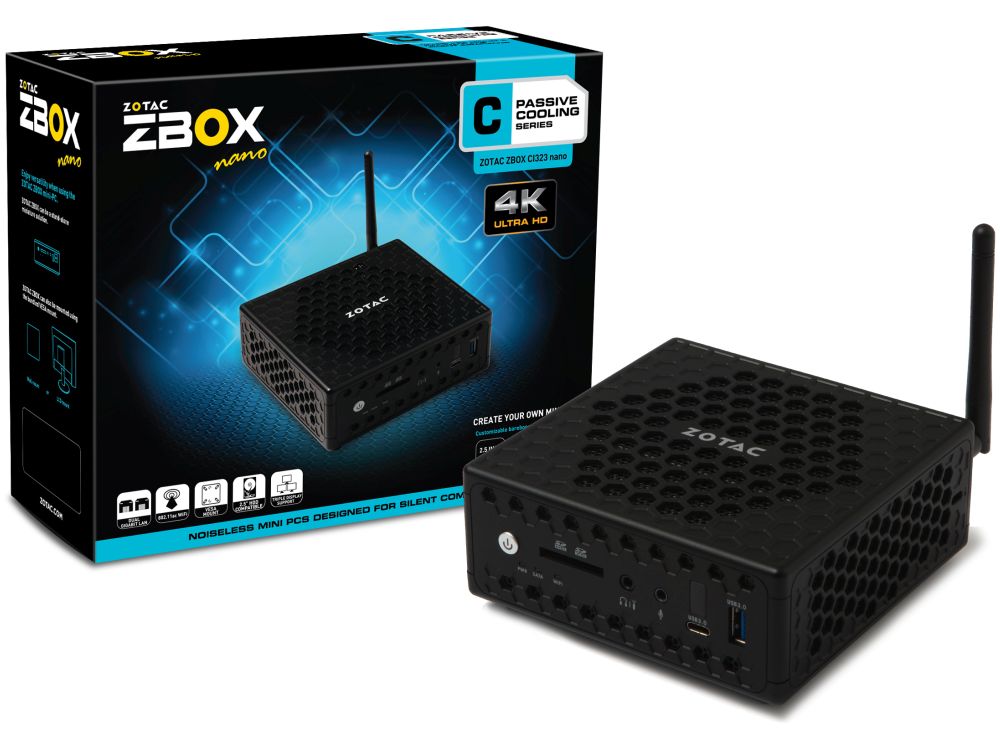 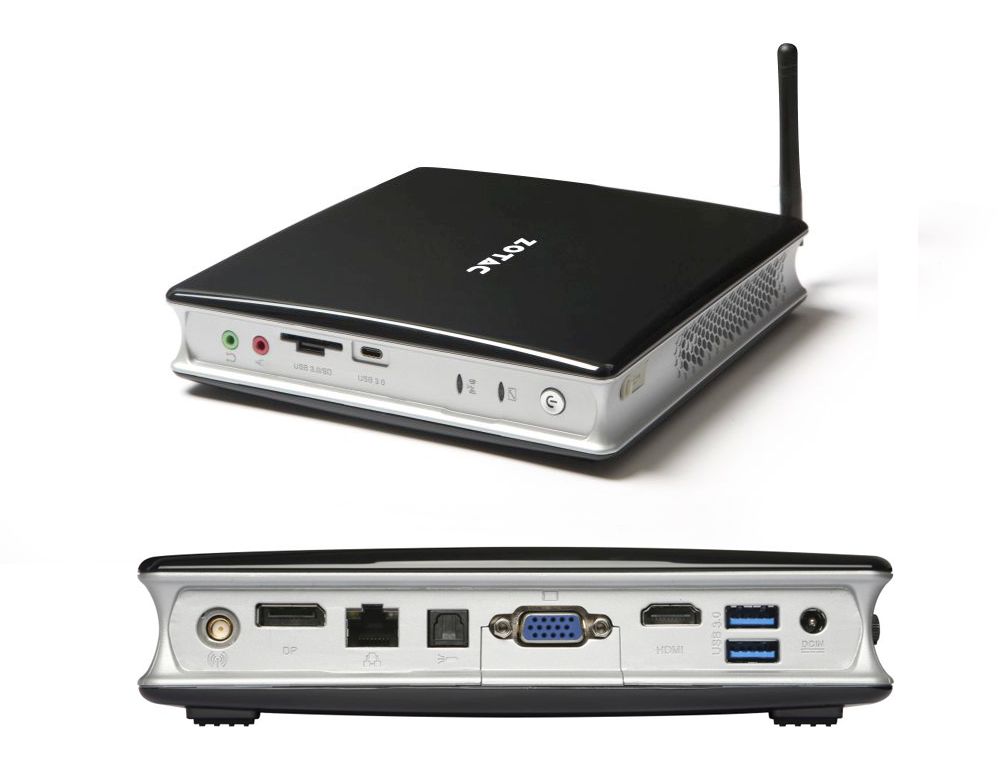 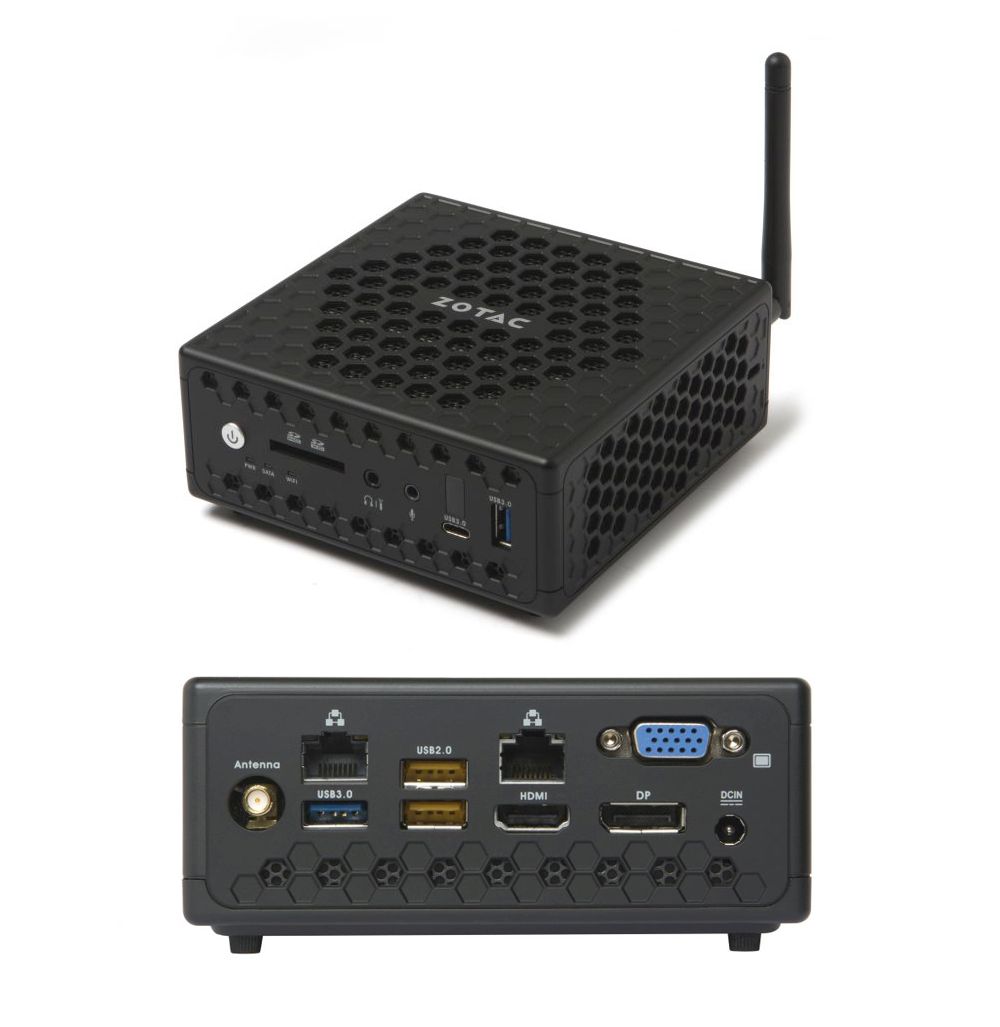 Rate this item
(4 votes)
Tagged under
More in this category: « QNAP releases first Thunderbolt 2 NAS Apple has time-keeping problems again »
back to top