Zotac ZBOX MN321 gets discrete graphics on the cheap 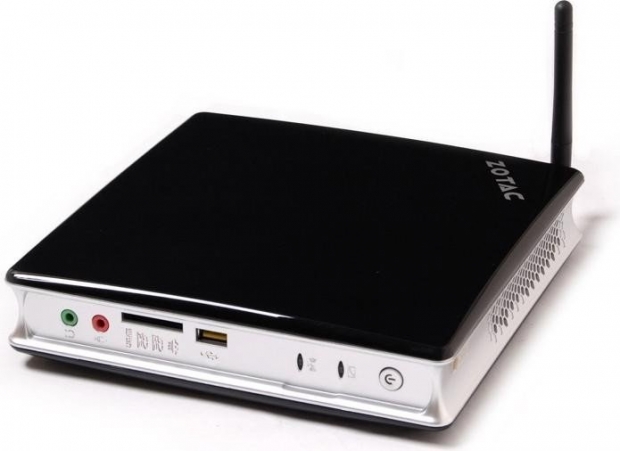 Zotac already has a couple of ZBOX models designed around relatively powerful mobile GPUs, but the new ZBOX MN321 Plus is a bit different.

The MN321 Plus is not a pricey powerhouse, it features entry level silicon at a modest price. It is based on dual-core Intel Celeron 2957U clocked at 1.4GHz, backed by an Nvidia Geforce GT720M GPU. The system also features 4GB of RAM and a 500GB hard drive.

The old, Fermi-based GT720M doesn't pack much of a punch, but it's still faster than the Intel HD Graphics you'd get on the Celeron. With 96 shaders the GPU should be able to run older titles, or some less demanding genres, but realistically it's slower than the latest IGPs found on 2014 Intel and AMD processors. In any case, the antiquated Geforce features 1GB of memory, which is a nice touch, and provides DVI and HDMI 1.4a outputs.

Four USB 3.0 ports are on board, along with a couple of USB 2.0 ports, a card reader, optical audio along with two 3.5mm jacks – but there is no WiFi/Bluetooth card, so you’ll have to get a USB dongle.

The spec is not impressive, but then again the MN321 Plus is priced at €299 and ships with Windows 8.1 64-bit. This makes it marginally more expensive than nettops based on Bay Trail or Kabini chips, yet it offers a bit more serious CPU and GPU.

If Zotac introduces a barebones version, sans Windows and mechanical storage, it should be an even better deal, plus it will allow you to repurpose an old SSD as a system drive.

Oh yeah, and the design is still Zotac’s dull ZBOX layout which has been around for years. It’s really time for a redesign guys.

Last modified on 02 February 2015
Rate this item
(8 votes)
Tagged under
More in this category: « Acer Aspire Revo One dazzles with minimal design Super Bowl 2015 movie trailers all 1080p »
back to top