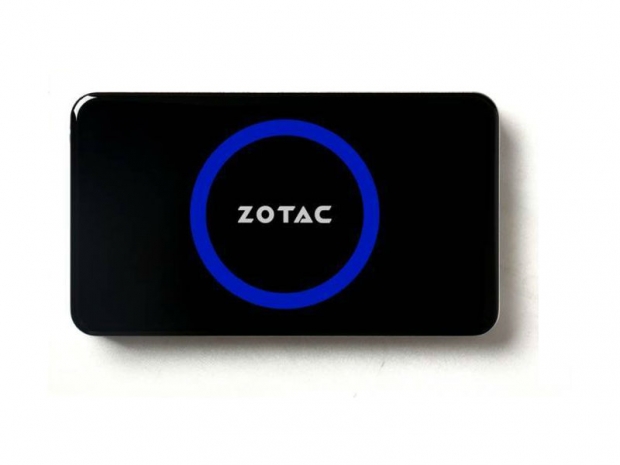 Zotac has introduced a number of new ZBOX mini-PC at CES 2015 and we’ll take a quick look at the most interesting SKUs so far.

The ZBOX EN860 is an all-black gaming rig, packed in Zotac’s oldest ZBOX form factor with a 19x19cm footprint. It’s an upgrade of the EN760, which launched six months ago. However, there is no word on the spec (the “old” EN760 sports a Core i5-4200U and GTX 860M graphics). The new SKU features the same GPU, with G-Sync and 4K 60Hz support, but other than that we don’t have any info.

However, the company also released two new Pico models and the specs are out, thanks to Liliputing. The ZBOX Pico PI330 is based on an Intel Atom Z3375 quad-core (Bay Trail) processor and features 4GB of LPDDR3-1066 memory. It comes with 64GB of eMMC storage, HDMI, mini DisplayPort, 802.11n wireless and Bluetooth.

The ZBOX Pico PA330 comes with somewhat more interesting silicon, in the form of AMD’s A4-6400T SoC with AMD R3 graphics. This is a Mullins part and to the best of our knowledge it is the first ZBOX based on Mullins (Zotac has a number of Kabini SKUs though).

However, the rest of the spec does not keep up with the Intel SKU, as the PA330 comes with 2GB of DDRL-1333 memory and a paltry 32GB of eMMC storage. On the upside, it does have somewhat better connectivity, with 802.11ac and Bluetooth 4.0.

There is still no word on the pricing, but first-gen Pico models were relatively affordable, considering they shipped with Windows 8.1 Bing Edition.

Last modified on 09 January 2015
Rate this item
(1 Vote)
Tagged under
More in this category: « Snapdragon throttled to prevent firebreathing Apple jacks up its prices for foreigners »
back to top