Based on quad-core AMD Richland APU

Maingear has officially announced its latest small form factor (SFF) gaming system, the SPARK, which is based on AMD's quad-core A8-5557M APU and packs an R9 M275X dedicated graphics card.

In addition to the intergrated GPU inside the APU, the SPARK also features AMD Radeon R9 M275X GPU with 2GB of GDDR5 memory. The R9 M275X GPU is part of AMD's R9 M200 series and has 10 Compute Units for 640 Stream Processors, 40 TMUs and 16 ROPs. It is usually connected to 2GB of GDDR5 memory via 128-bit memory interface. According to AMD's official details, it is clocked at up to 925MHz for the GPU and 1125MHz (4500MHz) for the memory.

The rest of the Maingear SPARK specifications are not bad either as it has two SO-DIMM memory slots for up to 16GB of DDR3-1600 memory, one mSATA slot with support for up to 512GB SSD and one 2.5-inch SATA 6Gbps slot for HDD/SSD, Gigabit Ethernet via Realtek RTL8111G chip, Realtek ALC269 audio, integrated 802.11ac DualBand WiFi and Bluetooth 4.0 in half-size mPCIe slot, HDMI and mini DisplayPort outputs and four USB 3.0 ports.

Maingear's SPARK comes without OS and and gives you an option to either go for Linux or Valve's SteamOS, although we are quite sure that Microsoft's Windows 8.1 will work just fine as well.

The price of the Maingear SPARK starts at US $699 and includes four free games valued at $200 from AMD's Reward program. Unfortunately, Maingear's systems are reserved for the US only, but in Europe you can get the Gigabyte BRIX instead, which is more or less the same. 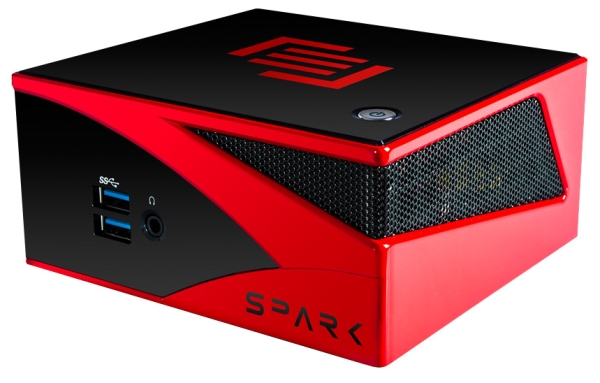 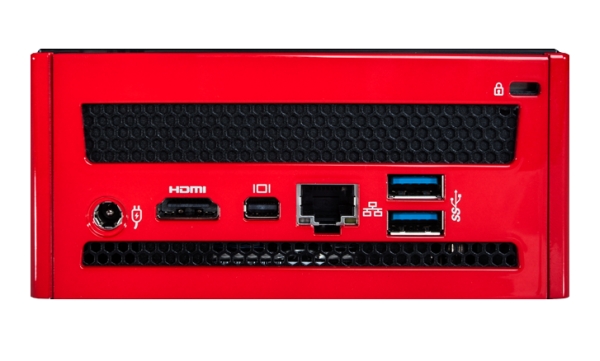 More in this category: « Microsoft bows to Start Menu pressure Google faces tax reckoning in the UK »
back to top