The new Asus ROG Swift PG278Q 27-inch monitor packs a 2560x1440 panel, which adds up to a pixel density of 109 pixels per inch (PPI). It also offers 144Hz refresh rate and 1ms response time and also features a Turbo Key which allows you to set the refresh rate on-the-fly, switching between 60, 120 and 144Hz. It only features a DisplayPort 1.2 input for native WQHD support and features two USB 3.0 ports hub.

The biggest selling point of the Asus ROG Swift PG278Q monitor is the built-in Nvidia G-SYNC module which, when paired up with Nvidia Geforce GTX powered PC, will eliminate screen tearing and minimize display stutter and input lag. When showcased back in October last year, Nvidia's G-SYNC was quite impressive as it provided smoother gaming experience.

According to Asus, the ROG Swift PG278Q gaming monitor is now available in Taiwan, Asia Pacific and European markets, while China and North America markets should get it by the end of next month. The MSRP is set at US $799 but will vary depending on the region.

Asus' ROG Swift PG278Q will most likely the first available G-Sync enabled monitor in Europe as all other models from various other manufacturers are only listed for pre-order. The price for the ROG Swift PG278Q in Europe ranges from €730,43 to €819, depending on the retailer. 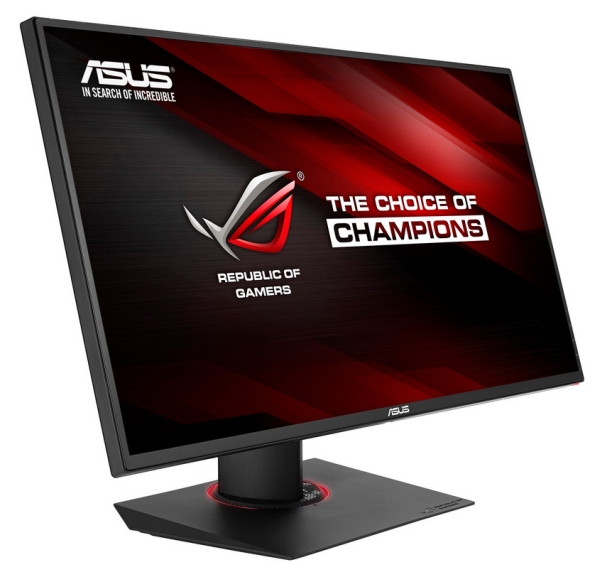 Last modified on 25 July 2014
Rate this item
(0 votes)
Tagged under
More in this category: « AMD and Raptr bring answer to Geforce Experience Lego is tool of Satan »
back to top