All three of the showcased PSUs will have a pretty much identical design, features and specifications with 100 percent highest quality Japanese Nippon Chemi-Con solid state capacitors, fully modular and single-rail design, quiet bottom placed Inlligent Auto Fan, all the usual protections and the 10 year warranty.

The specification sheet for all three models should be pretty much the same with 133.3Amps on the +12V rail. The only difference is in the power efficiency department as the already announced EVGA Supernova 1600G will be 80 Plus Gold rated with up to 90 percent efficiency under typical loads. As you could have guess from the name, the Supernova 1600 P2 will have 80 Plus Platinum rating while the Supernova 1600 T2 will have the 80 Plus Titanium rating.

Unfortuantely, EVGA did not talk about the price or the precise availability date for the other two models while the earlier announced Supernova 1600 G2 should be available soon with an MSRP of US $349.99.

You can find the EVGA Supernova 1600W G2 PSU here and check out more about two models pictured at Computex over at Techpowerup.com. 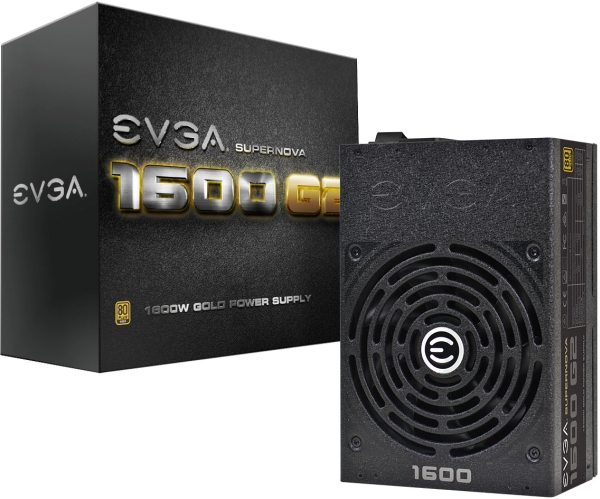 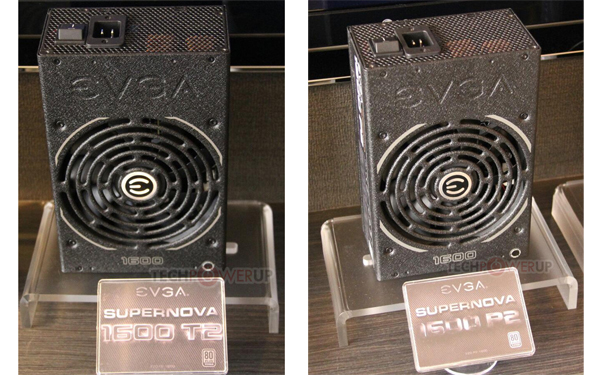 Last modified on 06 June 2014
Rate this item
(0 votes)
Tagged under
More in this category: « French to sue Ad-block plus North Korea ruled out of Sony Hack »
back to top