IDF 2013: Thanks Redmond for listening

Microsoft’s executive VP Tami Reller got on stage at IDF 2013 to talk about Windows 8.1.

She mentioned that the Windows 8.1 RTM went  to developers and she mentioned more than 2 million downloads so far, probably since the beta opened. She was not specific on this.

“An exciting release as it brings ability to respond and listen, a lot of little things that has added up to a big thing,” she said.  She also mentioned Boot-to-Desktop, Start button - what people wanted all along and we will eventually get it.

This is the gist of what Tami Reller said. In other words she said that they fixed some omissions and they hope you will be happier than with Windows 8. 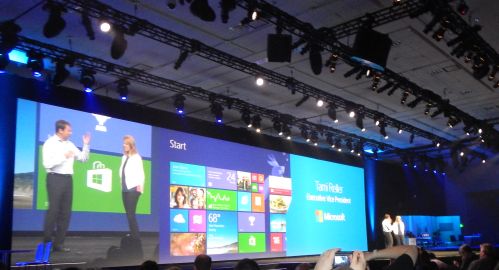 Last modified on 12 September 2013
Rate this item
(0 votes)
Tagged under
More in this category: « Gates thinks Snowden is not a hero Office for iPad coming on March 27th? »
back to top