The Asus MX299Q has a display area equivalent to two 17-inch monitors placed next to each other and provides a 33 percent wider area compared to similarly sized full HD monitors. The 21:9 aspect ratio and 2560x1080 resolution are, according to Asus, perfect for watching 2.35:1 movies which will have no black bars above and below the image as well as ideal for multi-tasking with multiple windows placed side-by-side, thus removing the need for multiple monitor setup.

As a part of Asus' Designo series, the MX299Q features a 0.8mm bezel that gives an illusion of a frameless panel and ultra-slim profile that is 16.4mm thick at its thinnest point, as well as quite unique and sleek round stand. With a price of around €450 in Europe the MX299Q is certainly one of the cheapest 29-inch ultra-wide monitors on the market. 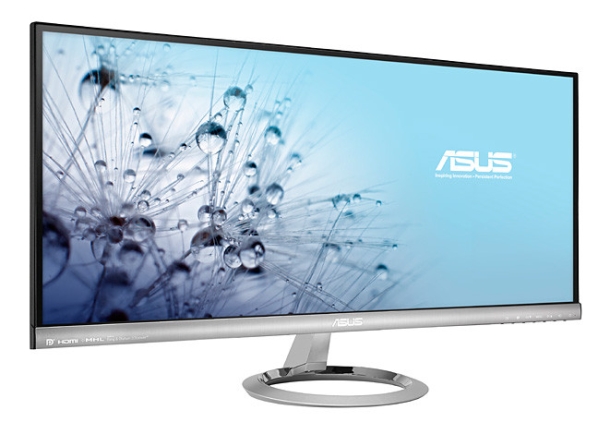