Arctic has announced that a total of three high performance coolers from its stables can cope with Nvidia's recently launched Geforce GTX Titan.

The Accelero Twin Turbo II, Accelero Xtreme III and the integrated air and liquid cooler, the Accelero Hybrid can all cope with the thermal output of the GTX Titan, while at the same time delivering less noise than reference cooling. It is pretty hard to market an aftermarket cooler for the GTX Titan as Nvidia did a hell of job in designing a special cooler for it, which is actually a reason why we will not see many "custom cooled" Titans on the market (excluding EVGA's watercooled one).

In case you still want a bit more cooling power, the Accelero Hybrid, Accelor Xtreme III and the Accelero Twin Turbo II will certainly be enough to keep the beast at bay.

You can check out more at the Accelero Hybrid, Accelero Xtreme III and Accelero Twin Turbo II pages. 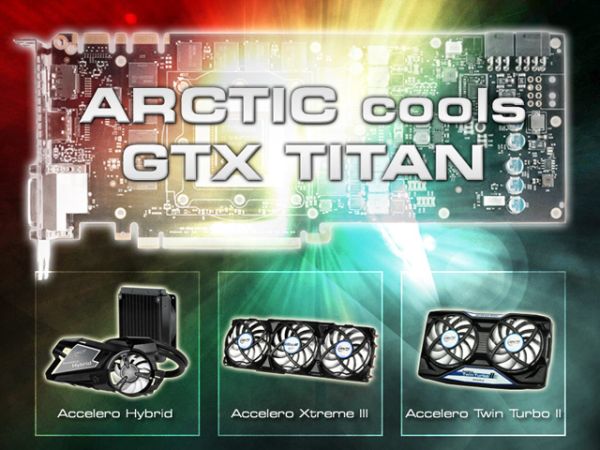 Last modified on 05 March 2013
Rate this item
(1 Vote)
Tagged under
More in this category: « CoolerMaster shows off new iPad stand XFX shows off nice looking aluminium case »
back to top