Dadi must have important things to show, such as Haswell and probably even Broadwell, Intel’s next generation architecture.

Reinventing computers collaboration to shape the future from datacenter to devices is the general idea behind his keynote and let’s see where it gets us. He just showed Medfield as well as Xeon Phi to cover a range of devices from small power aware tablet and phone chips to super computers. The irony is that Xeon Phi is what many of you know as a Larrabee.

He is talking about Facebook, where people share 500 million photos or other data, as well as 230 million tweets, 86K hours of video updates and 1000 mega hours of video watched and of course someone has to provide the technology around it. Oddly enough, Intel’s wifi crashed during the keynote.

And just now Dadi mentioned the fourth generation Core that is coming next year, something that will come after Windows 8 launch and something we call Haswell all the time.

Update: Well, Wi-Fi wasn’t the only issue. It seems like Dadi is having trouble with a tablet sample on a stage and by having trouble, I mean it doesn’t work. 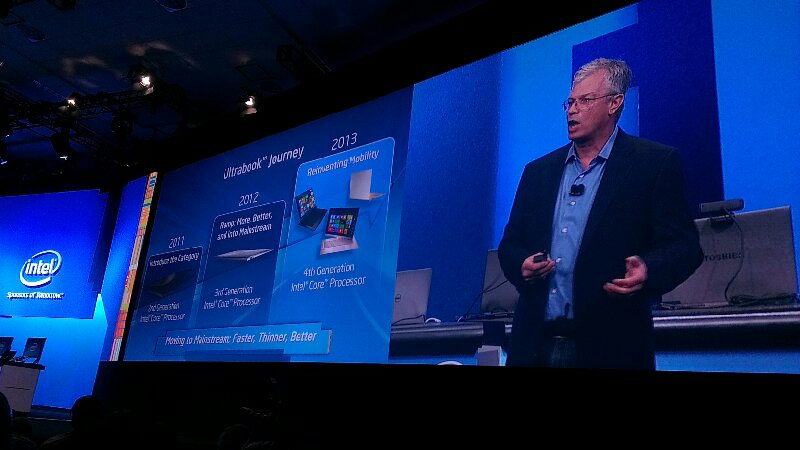 Last modified on 11 September 2012
Rate this item
(0 votes)
Tagged under
More in this category: « Cambodia extradites Pirate Bay founder to Sweden Intel shows less than expected at IDF keynote »
back to top