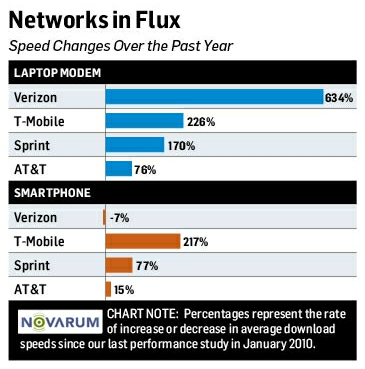 In terms of its testing methodology, PCWorld ran a total of 177,000 "timed performance wireless bandwidth measurements" on AT&T, Sprint, T-Mobile and Verizon in 260 locations spread among 13 US cities of both urban and suburban environments. "We found some clear winners and losers, and some good news about wireless service in the United States as a whole." The first major discovery is that all four major wireless carriers, as a group (or should we say "as an oligopoly"), have increased their average download speeds for laptop-modem users by more than threefold, likely stemming from their urgent transition from 3G to 4G network technologies. 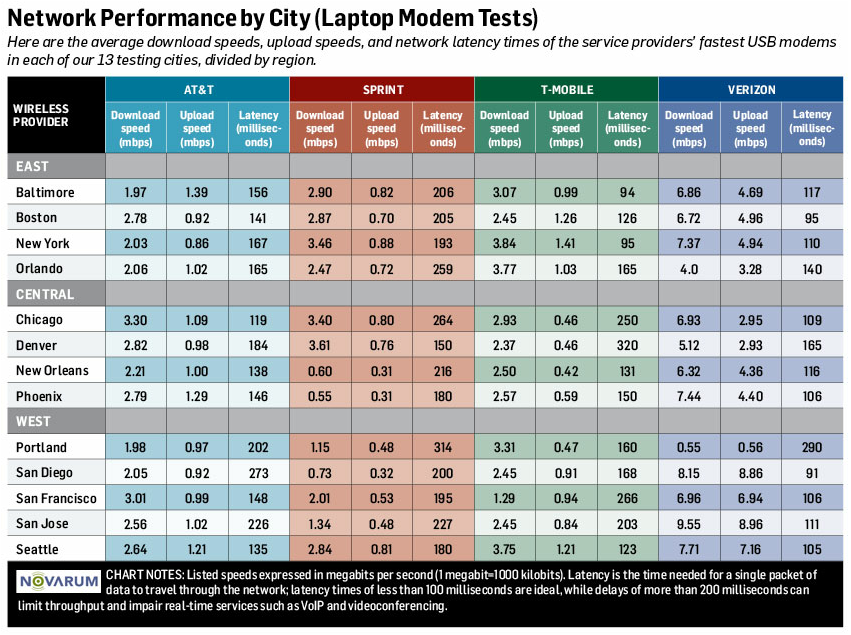 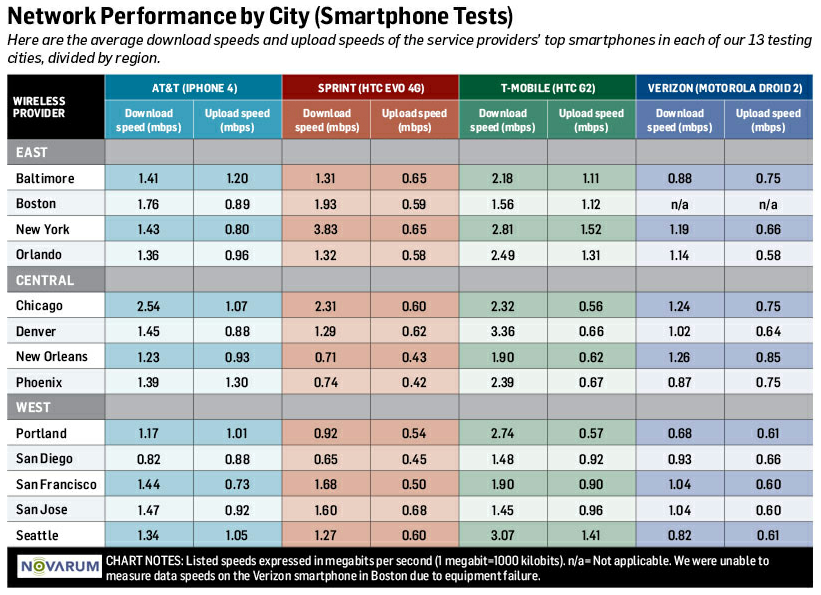 The report also discovered that AT&T's 3.5G HSPA+ network delivers 4G-like results, but the growth of the company's data speeds is slowing. More or less, the AT&T's speed increases over the past two years can be attributed to software upgrades and infrastructure improvements. "AT&T completed a networkwide upgrade to HSPA 7.2 technology in late 2009, then announced earlier this year that it had finished another upgrade to HSPA+ technology, which it says allows for maximum theoretical download speeds up to 14.4 mbps. AT&T also has been investing large amounts of capital in fiber-optic lines for the movement of cellular data to and from the core of its network.