Back in 2004, Facebook was largely a private, invite-only beta network that garnered the respect of American Ivy League schools like Harvard, Stanford, Yale and Columbia. Most of its functionality and utility was thus very limited in scope and often only useful for over-achieving college students who wanted an exclusive alternative to MySpace.

Recently, however, the company has launched a new Groups for Schools feature that brings the world's largest online social networking service back to its roots. The primary focus of the service appears to be a social network "subgroup" tied to each school, where students within a community can share files, create events, message other members and stay up-to-date on what's happening around campus. In other words, this is Facebook's version of Google Docs with added social customizability. 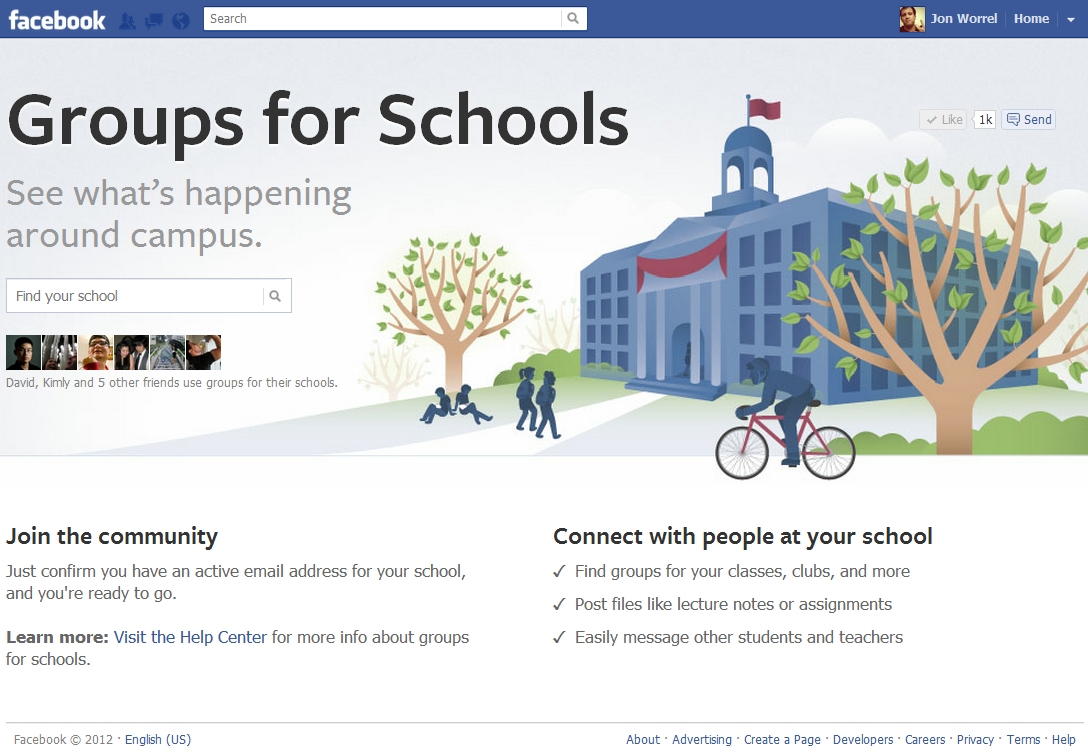 To join, students must provide verification that they're affiliated with a school by giving an associated email address. Nevertheless, only enrolled faculty and students are allowed - no alumni. Moreover, if a student graduates from said school, he or she will be removed from the group. In general, however, anyone part of a Facebook Group can also create subgroups (see: for classes, clubs, dorms, sport teams, student organizations, parties, and so on) that are only visible to those with an authenticated school e-mail address.

There is only one privacy caveat that several journalists have already taken note of. After joining a campus group, other students at the school or university can be messaged at any time. Normally, Facebook users must become "friends" within the network before messages can be exchanged. However, Groups for Schools bypasses this requirement and allows anyone from campus to privately message you regardless of whether or not they know you in real life.

In terms of the functional usefulness of Groups for Schools in comparison with Google Docs, Facebook is starting the service with a rather limiting 25MB file sharing size for now. Files that can be exchanged include lecture notes, assignments, schedules and "several other file types."