Zotac has been working hard on getting its smallest ZBOX to the market and the wait is finally over as Zotac has now officially launched the Zotac ZBOX nano XS. As we already wrote, the new ZBOX nano XS features AMD's E-450 APU packed inside an incredibly small 106x106x37mm chassis.

The full name of this little HTPC is Zotac ZBOX nano XS AD11 Plus and it will be available only as a fully assembled HTPC and not as a barebone, at least for now. As noted, it features AMD's dual-core E-450 APU clocked at 1.65GHz with AMD Radeon HD 6320 GPU with 80 shaders. Unlike the E-350, this one features Turbo mode for the GPU part and works at 508MHz with Turbo set at 600MHz. The E-450 APU is definitely a better move as it gives a slightly better performance while maintaining the same 18W TDP. The rest of the specs include 2GB of DDR3 memory, two USB 3.0 and two USB 2.0 ports, combo USB/eSATA port, card reader and Gigabit Ethernet.

In order to pack it in a 106x106x37mm chassis, Zotac was forced to make some changes here and unlike its previous ZBox HTPCs, this one will feature 64GB mSATA SSD rather than a standard 2.5-inch HDD. Also, Zotac was forced to ditch the integrated WiFi, but has bundled the rater cute USB 2.0 802.11n WiFi adapter as well as MCE compatible remote with USB IR recevier, which definitely makes it an ultimate HTPC. We must note that we are quite impressed as there is a handful of features packed inside a chassis that fits in the palm of your hand.

Unfortunately, the list of features and SSD certainly makes it a bit more expensive but considering what you get, it still sounds like a good deal. The new ZOTAC nano XS AD11 Plus is currently listed online with a price tag set at €349, while the bigger ZBOX nano AD10 Plus with E-350 APU and 320GB HDD sells for €284 in the same shop. 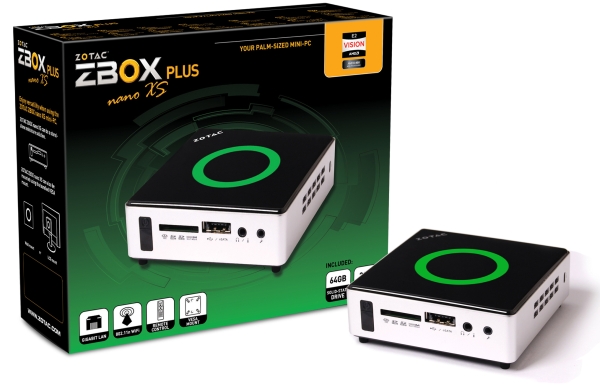 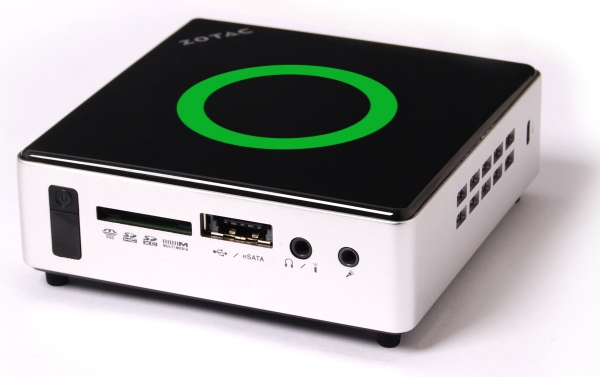 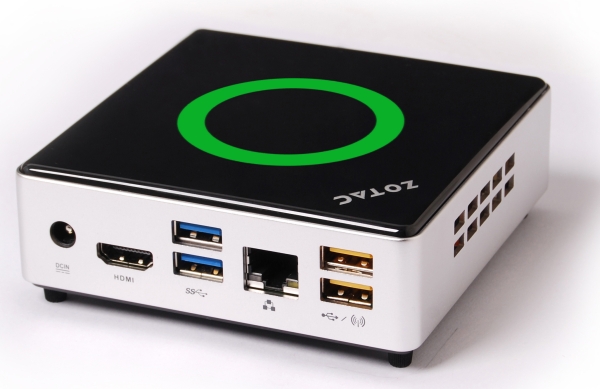 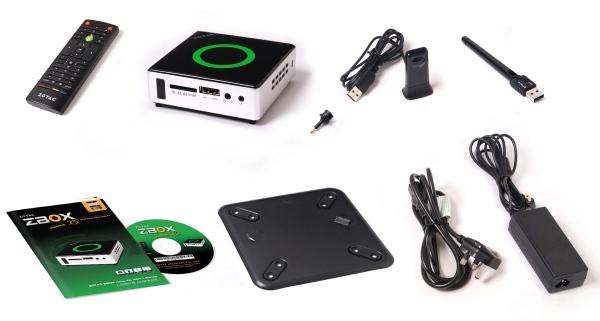 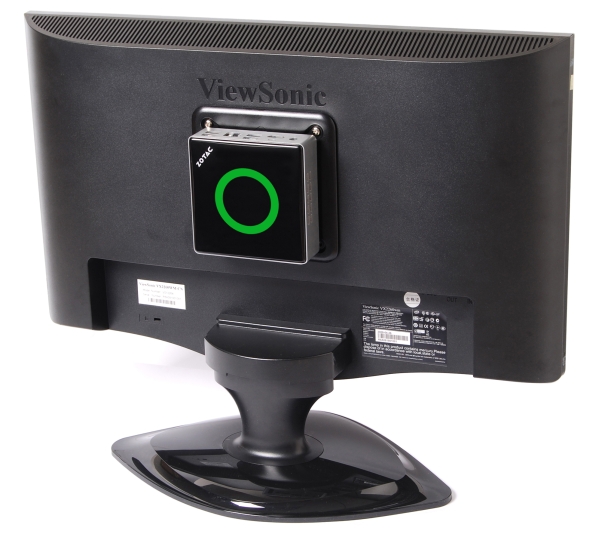 Last modified on 11 April 2012
Rate this item
(0 votes)
Tagged under
More in this category: « Foxconn’s March revenues up Nokia shares tumble on weak forecast »
back to top