Intel executives have recently stated that the company expects its manufacturing partners to have a total of 75 new ultrabook designs releasing throughout 2012.

The company currently has 26 different models available for purchase in various markets around the world, with industry momentum continuing to scale behind the 9-month old Ultrabook computing category. According to a recent Intel blog post, "it is likely that the choice of ultrabooks will be pretty wide and consequent competition between manufacturers will clearly impact pricing." 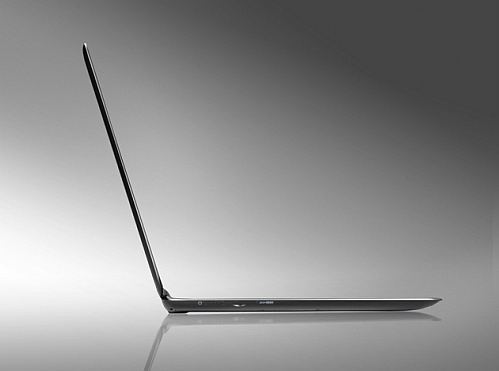 As we wrote in July 2011, the chip giant expects Ultrabooks will eventually seize about 40-percent of the notebook market. A month later in August, Intel Capital invested $300 million in an Ultrabook Fund to help drive industry support for this emerging category of sleek ultra-thin devices that enable thin, light and beautiful designs less than 21mm (0.8 inch) thick "at mainstream prices."

Of course, that last marketing statement is up for debate, as current ultrabook Average Selling Prices (ASPs) aren't expected to drop down to consumer "sweet spot" prices between $599 to $699 until at least the middle of 2013.

Beginning a month from now in late-April, most of Intel's partners will release their second-generation 22nm Ivy Bridge ultrabooks, featuring improved CPU compute performance and power efficiency, while a few will even support discrete GPU design wins with the addition of 28nm Nvidia GeForce 600 Series "Kepler" and 28nm AMD Radeon 7000 Series "Graphics Core Next" GPUs.

We are very much looking forward to Intel's second-generation Ivy Bridge ultrabooks next month along with the rest of the product designs from its partnering manufacturers in the Ultrabook market segment for the rest of 2012.

Last modified on 29 March 2012
Rate this item
(0 votes)
Tagged under
More in this category: « PlayStation 4 allegedly lacks compatibility with PS3 games Facebook reportedly on track for IPO in May »
back to top