DigiTimes has just received news that Acer will formally unveil its upcoming flagship smartphone, dubbed the Acer CloudMobile, at Mobile World Congress 2012 in just a few weeks time. According to official plans, the device will be released globally in Q3 2012 and will be complemented by AcerCloud, the company's cloud-based service which promises to "securely connect all personal smart devices for anytime, anywhere access" in a unified fashion. 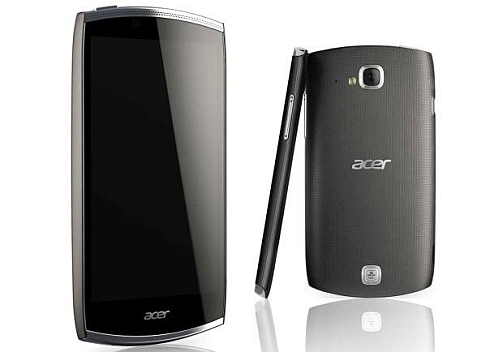 Another interesting point is that Acer's CloudMobile could possibly be the first smartphone equipped with Google Android 4.1, the oft-speculated and discussed first major update to Android 4.0 Ice Cream Sandwich. Nevertheless, the device will sport a 1.5GHz dual-core ARM processor, a 4.3-inch HD screen, Dolby Digital sound, a 3.5G HSPA+ wireless radio and should come in a profile less than 10mm thick.

Acer plans to launch its AcerCloud service in North America and China beginning Q2 2012 and will follow up in other markets in Q4 2012. We suspect the first two quarters of the cloud-based service's presence in North America and China will serve as a beta-testing period for the company to work out any potential bugs and server-related issues, as it isn't the only company entering the cloud industry with highly ambitious goals.

Last modified on 13 February 2012
Rate this item
(0 votes)
Tagged under
More in this category: « New "Windows" logo unveiled in Windows 8 Consumer Preview Google wallet is security risk »
back to top