Nvidia ushers in the age of the superphone

During Nvidia's press conference at CES 2011 in Las Vegas, CEO Jen-Hsun Huang went into detail about a mobile paradigm shift that is radically changing the face of computing technology. The idea that more and more consumers are shifting from content production to content consumption was emphasized during the keynote, particularly with focus on advancements in mobile computing power to make it all possible. 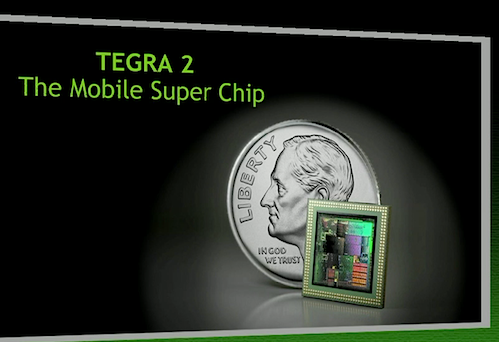 Jen-Hsun starts by asserting that the iPhone and iPad have revolutionized the way we use computers and the way we build them. “We’re going to have more than one of these mobile computing devices in our lives… [and eventually] we’ll have The Internet of Things.”

“The companies of the past are readjusting their strategies. New positions are going to emerge. At this particular CES, you’re going to see the pieces come together. The landscape is going to change, and in quite dramatic ways. Your most personal computer changed from a PC to a mobile device. The person who makes that mobile computer – that OEM – used to be a computer company. Now, you’re buying these mobile computers from wireless carriers. The person who builds it, and the person you buy it from, are different.” 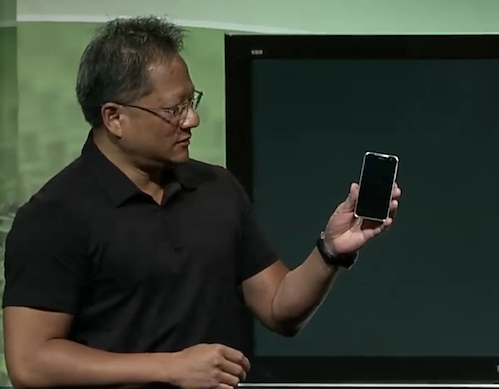 In essence, Jen-Hsun explains that mobile consumers are not computing anymore in terms of productivity. Rather, they are computing to consume content. “This mobile device is going to become a computer first, and a phone second. With this paradigm shift, it needs the ability to access the web in its full glory, because fundamentally the Web is today’s computing platform.”

Nvidia has officially introduced the age of the superphone, and starting in 2011 we will see mobile devices capable of being “fully Adobe Flash Player compatible” with 1080p playback and external Full HD display outputs becoming standardized. 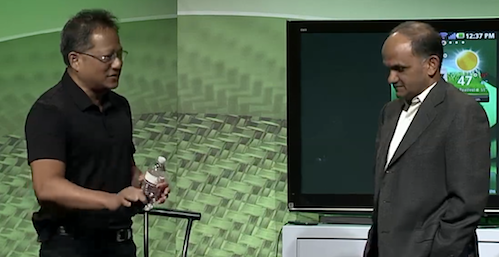 Jen-Hsun introduced LG VP on stage for the announcement of the world’s first superphone. The device is the LG Optimus 2X, a rather old bit of news that we have previously written about. In early 2010, LG Electronics had a vision of creating “beauty outside, but a monster inside” device that would serve as a multitasking-centric pocket device. The goal of the LG Optimus 2X was ultimately achieved through a partnership with Nvidia and Adobe to deliver a dual-core mobile architecture that could fluidly run Adobe Flash Player 10.1 content. All in all, the device should break ground for other mobile device manufacturers looking to bring superphones to a market of consumers who enjoy the essentials of desktop multitasking in a pocket-sized environment. 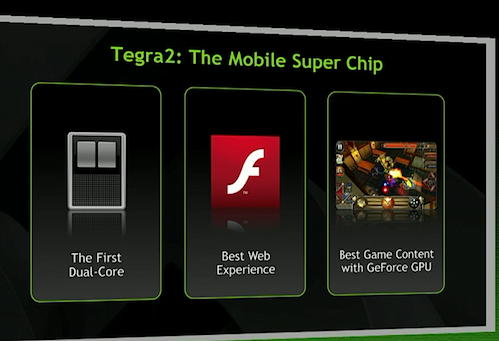 Last modified on 06 January 2011
Rate this item
(11 votes)
Tagged under
More in this category: « Amazon in censorship row Intel announces plans to buy McAfee »
back to top