Judging by the roadmap, the company doesn’t expect any delays. This could be due to the fact that Redmond is diligently working on it, or that the new OS will just be a 7 with a few new wallpapers, useless graphics-hog eye-candy and a reshuffling of all your familiar settings, so that you have some “fun” while you’re at it.

We took a liberty of peeking into our crystal ball and it said “upgrade when it hits RC2”. We have no idea what it means. 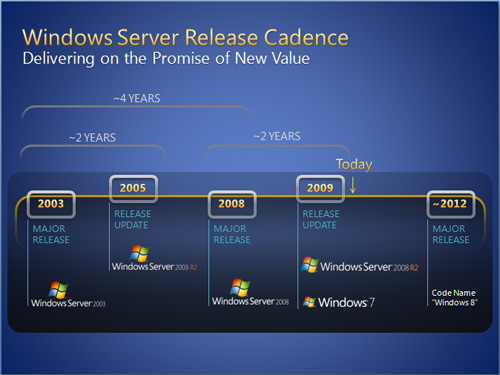