According to a recent Bloomberg News report, it appears that one of Apple’s senior antenna experts voiced concern to Steve Jobs early in the design phase of the iPhone 4 that the device’s antenna design could lead to dropped calls and attenuation issues.

A currently unnamed source only identified as having been “familiar with the matter” suggests that Ruben Caballero, an Apple senior engineer and antenna expert with a large quantity of antenna patents under his belt, informed the company’s management last year that the device’s antenna design could hurt reception. In addition, an unnamed wireless carrier partner also raised concerns about the antenna before the iPhone 4 officially released on June 24th.

The article notes that Jonathan Ive, Apple's Senior Vice President of Deisgn, submitted several iPhone 4 form factor designs to company management before Jobs and other executives settled on the bezel antenna. In a recent interview with design magazine Core 77, Ive discusses the material science behind manufacturing the iPhone 4 and touches on the production processes that mold and shape the device’s aluminum bezel into the final design. 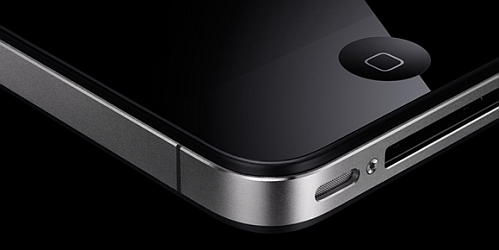 "A big part of the experience of a physical object has to do with the materials,” said Ive. "Those three black splits are co-molded in, and then the band goes through more processes," Ive points out. "So it's assembled first, the band, and then the final machining and grinding are performed, so the tolerances are extraordinary. Whatever people's feelings are about the actual design of the product is of course subjective. But objectively I can say that the manufacturing tolerances are phenomenal.”

As much as we would like to agree with the sensationalist appeal that Ive presents with the iPhone 4’s physical design, real world usage scenarios and relentless complaining from a flood of consumers tell us that something is inherently wrong with the aluminum bezel design and plagues the phone’s PR image with dropped calls and data throughput degradation.

Apple intends to hold a press conference in just a few hours specifically for the iPhone 4 and has invited journalists and bloggers around the world to join the conversation at its headquarters in Cupertino, California. Analysts and consumers are both anticipating that the fruit-themed toymaker will first and foremost address the signal attenuation issue expressed by the junction between the aluminum antenna bands. Apple has also gone on record to state that a software error, dating back to the June 2007 release of the original iPhone, has resulted in overstated signal strength, leading users to believe they had better reception than they actually do. 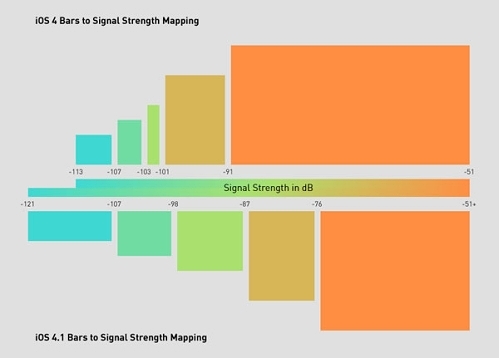 A few hours ago, the company released its iOS 4.0.1 minor software update and claims that it has adopted “a new formula to more accurately calculate how many bars of signal strength to display.” Not surprisingly, the “other” iPhone developer community has already stated that it was able to jailbreak the new iOS 4.0.1 update in seconds, and has already provided a utility for jailbreaking and unlocking the iPhone 3G.

On another related note, Apple’s corporate stock fell on Tuesday, July 13th after shareholders assumed that the hotly discussed Consumer Reports decision to not recommend the iPhone 4 would slow down market adoption rates. In an interesting turnaround, the blog now goes on record to retract its negative claims by insisting that Apple’s iPhone 4 Bumper case alleviates the iPhone 4 signal loss problem. For some reason, we have an inner gut feeling that the blog doesn’t actually mean what it says in its new conclusive testing with the Bumper case. Out of pure speculation, Apple could have been negotiating with the authors of the report in an effort to recoup the brand image losses it has incurred with the iPhone 4’s antenna issue.

Bloomberg’s report also cites the perspective of Jeff Shamblin, CTO of Ethertronics Inc, a San Diego-based antenna manufacturer whose clients include Samsung Electronics. “As phones and smartphones have become more complex, the testing process has become challenging,” Shamblin explains. “In years past, engineers conducted tests on phones held against a person’s head. Now, you have to test against a cell phone sitting on a desk, in a user’s lap, being used on speakerphone while operated with two hands. The phone keeps changing and it does affect antenna performance. [In other words], the antenna engineer needs to go back and redesign and retest several times.”

We are interested to hear what the discussion at Apple’s iPhone 4 press conference entails in just a few hours. Whether company management goes on record to state that a silent recall has been in effect, or if it simply wants to assure launch-day consumers that a Bumper case can solve the attenuation issues, we will certainly be keeping track of every detail as they come in.

Last modified on 16 July 2010
Rate this item
(0 votes)
Tagged under
More in this category: « Microsoft might buy Symantec Pegatron sues employee for spying »
back to top