$99 with voice remote in tow

Google hasn't had much luck with streaming devices. The Nexus Q was overpriced and never panned out.

Google almost got it right next time with Chromecast. But while cheap, the Chromecast dongle offers limited functionality.

The new Nexus Player by Asus aims to change all that with good industrial design, more functionality and rather good value.

Firstly, we must say we like the sleek, minimalistic design, but don't underestimate this playful hockey puck on account of its looks. 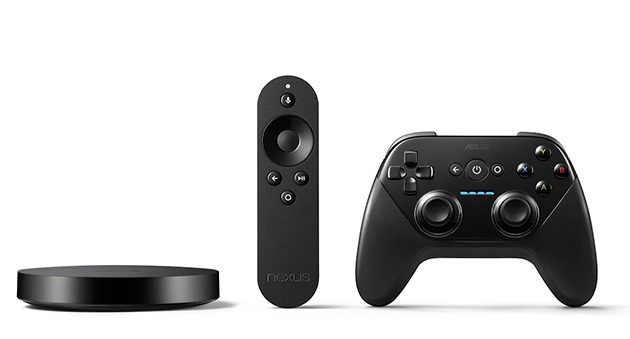 The Nexus Player is based on a 1.8GHz quad-core Intel Atom SoC, but we don't know the exact model in question. We can make an educated guess. Google says the chip packs PowerVR graphics, and the only quad Intel Atom that fits the bill with the right clock is the Z3560, a new 22nm Silvermont Moorefield part with PowerVR G6430 graphics.

The player ships with a remote control that's a bit more than a standard remote, as it offers voice search and makes shouting at inanimate objects socially acceptable.

In addition to the remote, an Asus gaming controller is available for $39.

Although it is powered by a 1.8GHz quad Atom, the Nexus Player has just 1GB of RAM, backed by 8GB of storage. Google isn't saying much about the OS, but it looks like Android 5.0 with a custom launcher. 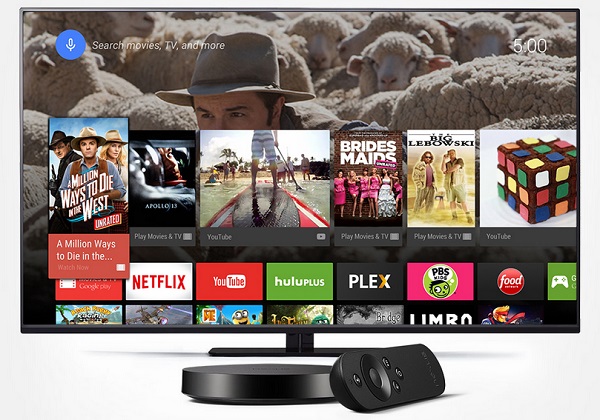 The device supports 802.11ac (MIMO), so streaming should not be a problem. The device is more than capable of 1080p streaming, but 4K/UHD seem to be out of the question.

Our biggest problem with the Nexus Player is that it does not appear to offer any way of upgrading the paltry 8GB of storage. There is no word of a memory card slot or a USB port. While 8GB should be sufficient for streaming, it hardly suffices for gaming.