As expected and teased earlier this week, ASUS has now officially announced its own smartwatch, the 1.65-inch ASUS ZenWatch. While round display smartwatches are certainly drawing a lot of attention, Asus has decided to go for a square design placed behind a curved glass and use premium materials like stainless steel frame and leather strap. 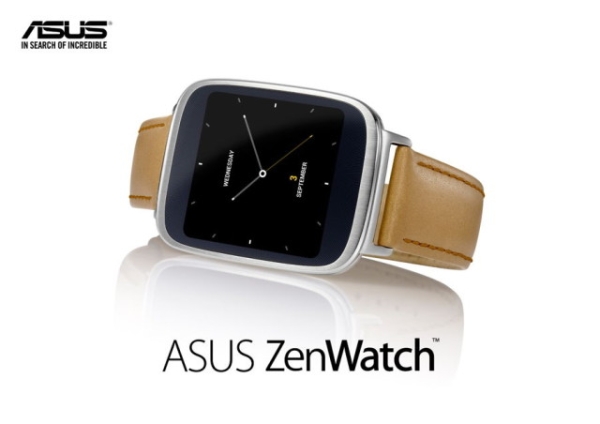 The prominent feature of the Asus ZenWatch is its 1.65-inch 320x320 (278ppi) AMOLED screen placed behind the 2.5D curved Corning Gorilla Glass 3 glass. The heart of the ZenWatch is Qualcomm's well known 1.2GHz clocked Snapdragon 400 chipset paired up with 512MB of RAM and 4GB of internal storage. As expected, the ZenWatch runs on Google's AndroidWear OS, so you will need a smartphone with at least Android 4.3 OS in order to pair up the ZenWatch via Bluetooth 4.0. 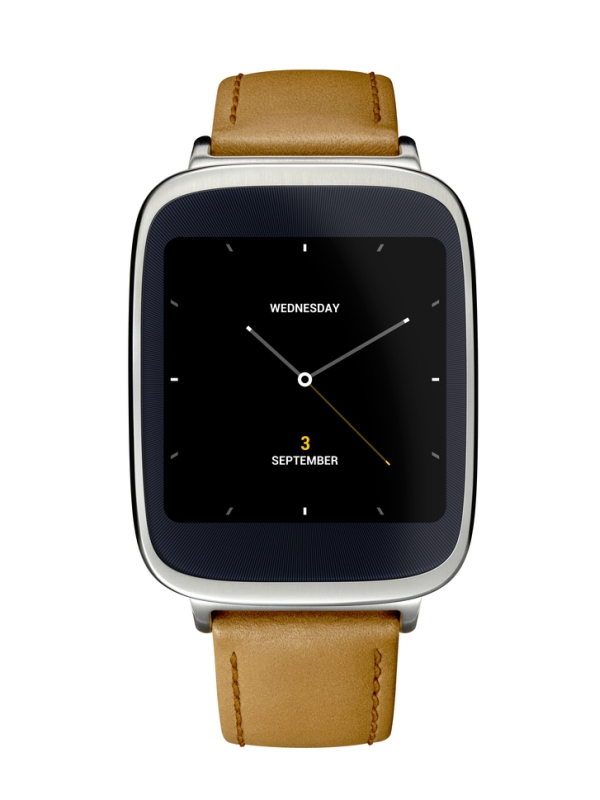 The exact dimensions of the ZenWatch are set at 50.6x39.8x7.9-9.4mm with body weighing 50g and strap additional 20g. It feature IP55 certification which makes it water-resistant and not water-proof. The rest of the features include 9-axis sensor and Bio sensor, which will be used by the Wellness app that will allow you to monitor your heart rate, calories burned, activity duration and much more. Asus also noted that there will be a few apps that will allow you to control your smartphone as well. 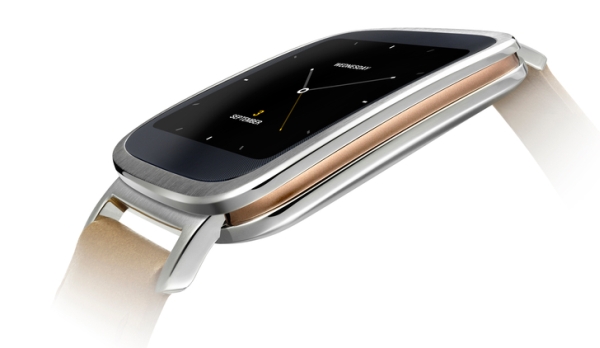 The Asus ZenWatch features a 1.4Whr polymer battery which should keep it alive for a rather low single day of usage. While Asus did not mention a lot regarding the charging of the ZenWatch, the specification list notes that it will feature microUSB ports on Charging Cradle.

According to ASUS, the ZenWatch will be available in late Q3 or early Q4 this year. ASUS has been talking about the European price during IFA 2014 and noted that it will cost €199 (US $260) when it launches. You can also check out some of the official Asus ZenWatch videos below.


More in this category: « LG confident in breaking 10 million sales with LG G3 Galaxy Note 4 is official with 5.7-inch screen »
back to top