Last month Asus announced the Fonepad Note 6, another oversized Android phablet with a rather unusual choice of CPU. It packs an Atom Z2560 dual-core clocked at 2GHz with PowerVR SGX544MP2 graphics.

The rest of the spec doesn’t look bad at all. It has 2GB of ram, 16GB of internal storage and a microSD slot, along with an 8-megapixel camera. The headline feature is of course the immense 6-inch 1080p IPS screen. To keep the show running, Asus had to resort to a massive 3300mAh battery.

Needless to say, the huge screen and battery also had an impact on the weight and size of the Fonepad. At 164.8x88.8x10.3mm the phone is massive and it weighs 210g – that’s almost twice as much as an iPhone. 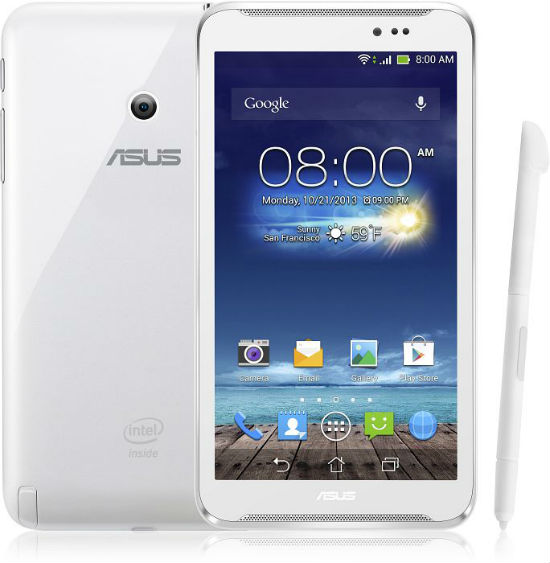 Rate this item
(0 votes)
Tagged under
More in this category: « Microsoft wants Windows on HTC Android phones Google's Gem Nexus smartwatch might show up October 31st »
back to top