The rumours were true. Nvidia has revealed its first reference smartphone design and it doesn’t look bad at all.

However, the Phoenix is not superphone. It features a 5-inch 1080p screen, but it’s powered by the A9-based Tegra 4i, formerly known as Grey. Nvidia’s decision to opt for its new Grey chips comes as no surprise, as it’s the first Tegra part with integrated LTE, something Tegra 4 (Wayne) still lacks.

Sadly, Nvidia did not reveal the full spec. The company says the Tegra 4i is clocked at 2.3GHz and it is the “most efficient, CPU core on the market.” Needless to say, we are not convinced. 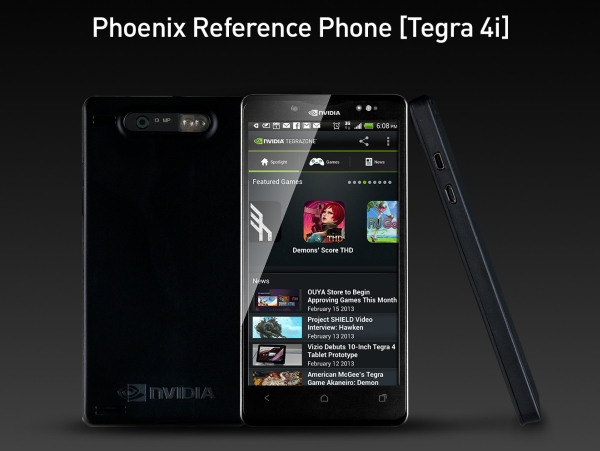 We still don’t know the exact spec, but the Phoenix looks pretty nice. It is 8mm thick and it features a 13-megapixel camera, backed by Nvidia’s PRISM 2 technology. It is supposed to deliver superior saturation and reduce the negative effects of backlight. Then there is Nvidia’s Chimera Computational Photography Architecture, which should deliver always-on HDR, as well as HDR panorama shots. Sounds neat.

The emphasis is clearly on multimedia, photography and LTE. No surprise, Grey is meant for feature packed smartphones in the mid to high range, while Wayne is reserved for flagship phones. However, we are somewhat surprised by Nvidia’s decision to spill the beans on Phoenix so soon. With Wayne delayed by several months, it could be a tactical move to get a bit more positive coverage ahead of MWC.

The real question is when it will start shipping, and what sort of badge we will see at the back. 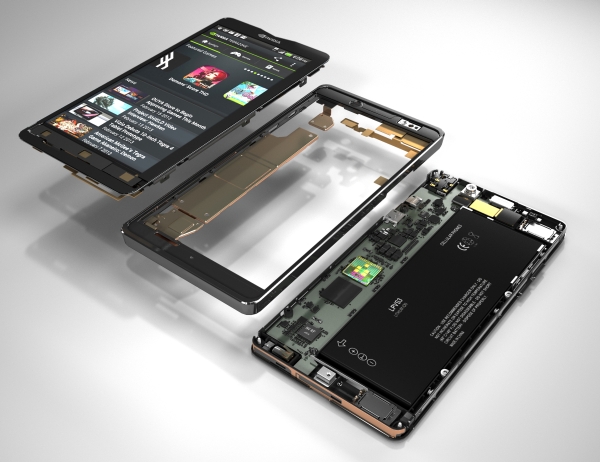 Last modified on 19 February 2013
Rate this item
(0 votes)
Tagged under
More in this category: « Samsung Galaxy S IV might be announced on March 14th HTC One officially announced »
back to top