Netgear is gearing up to unveil its first 802.11ac dual band gigabit WiFi router, the Netgear R6300. Featuring support for the yet to be finalized 802.11ac standard, the new R6300 is on course to be launched sometime next month with a US $199.99 price tag.

The Netgear R6300 will be one of the first routers to use the recently introduced Broadcom 5G WiFi chip and it is expected to be adopted by other companies in next few months, probably including Apple.

In addition to the dual band 802.11ac support that pumps out 1300Mbps in 5GHz and 450Mbps in 2.4GHz mode, the new Netgear R6300 WiFi router packs two USB ports for storage and printer sharing and five Gigabit Ethernet Ports (one WAN) as well as on board WiFi on/off and "Push 'N' Connect" easy WPS connect button. 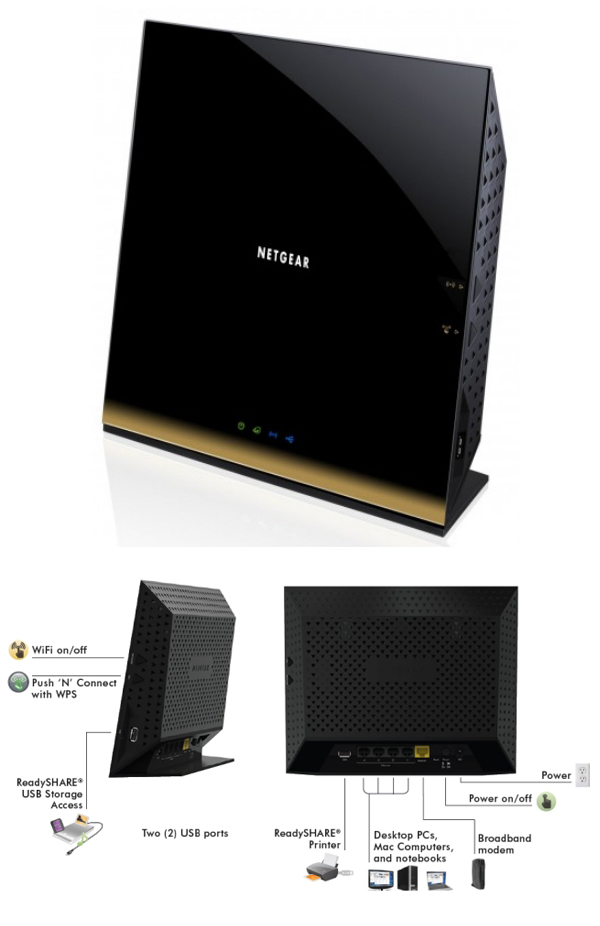