The GK104 spec has been out for a while but we have managed to get a picture of one of the cards to launch.

The card is a referent one and comes with Displayport, HDMI, DVI-I and DVD-D, and as Bobo wrote here they can all work together.

We can also add that this multi monitor feature is called Nvidia surround. [We would have called it Nfinity, but that’s just us. Ed]

Nvidia’s way of Intel Turbo clock will end up branded as GPU Boost and in case you were not aware of it the card fully supports DirectX 11 as well as Direct Computer 5.0. Physx, 3D vision, SLI, Cuda, Open GL 4.2 as well as Open CL support are among the list of supported features.

In case the photo looks a bit photoshopped, well it is. Some clues have been removed, we post them as we get them. We suspect it is a Sapphire card. 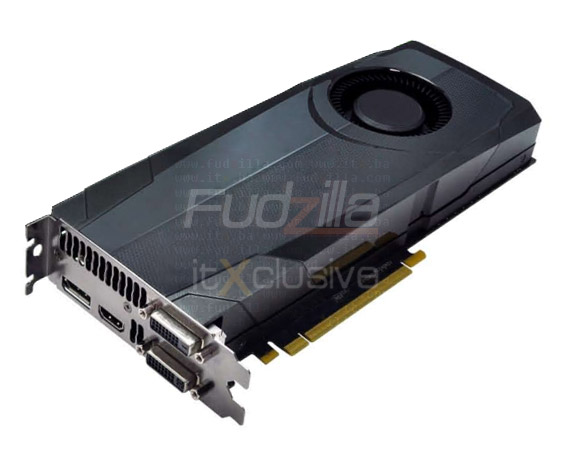