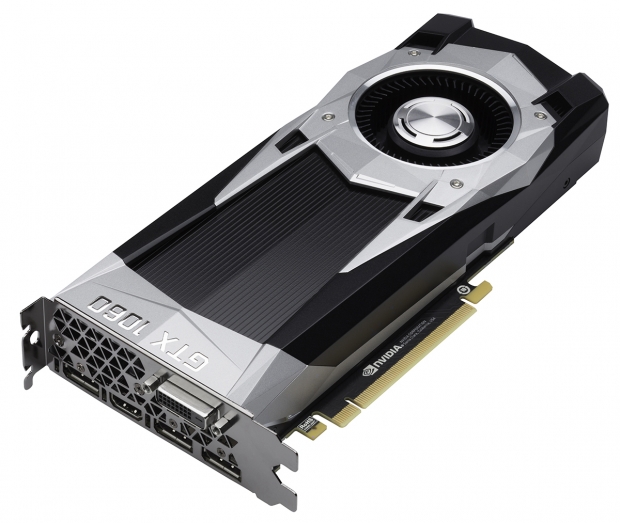 Nvidia is updating its Pascal series, a generation of visually appealing and good performing graphics cards. Newest in the series is the Geforce GTX 1060. It does not have the great power like the previously released the GTX 1070 or GTX 1080 graphics cards. But it looks similar to these two high end graphics cards.

If you look closer at the GTX 1080, you will notice one transparent window which reveals the heatsink underneath. With the GTX 1060 cooler we have an optical illusion, the window is not there, just textured surface, but it still looks nice and we can't complain.

The real difference is hidden at the back so it is important to compare both sides of the two cards. As expected the GTX 1060 comes with a shorter PCB. 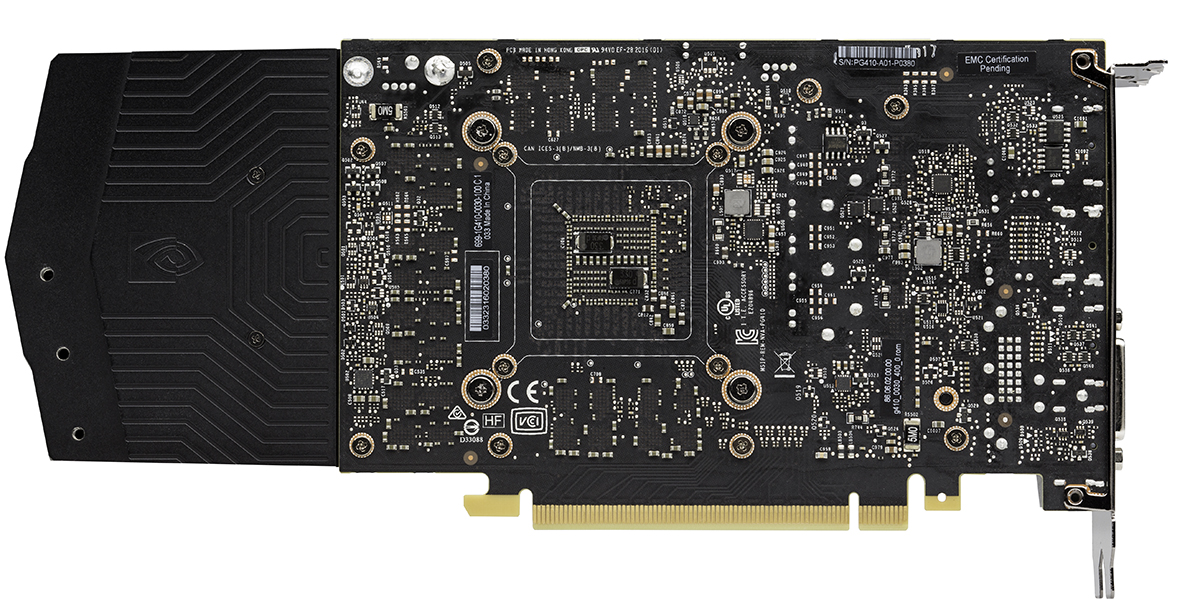 The dual-slot cooler with blower fan looks like it should have no trouble keeping away the temperatures and noise emissions. 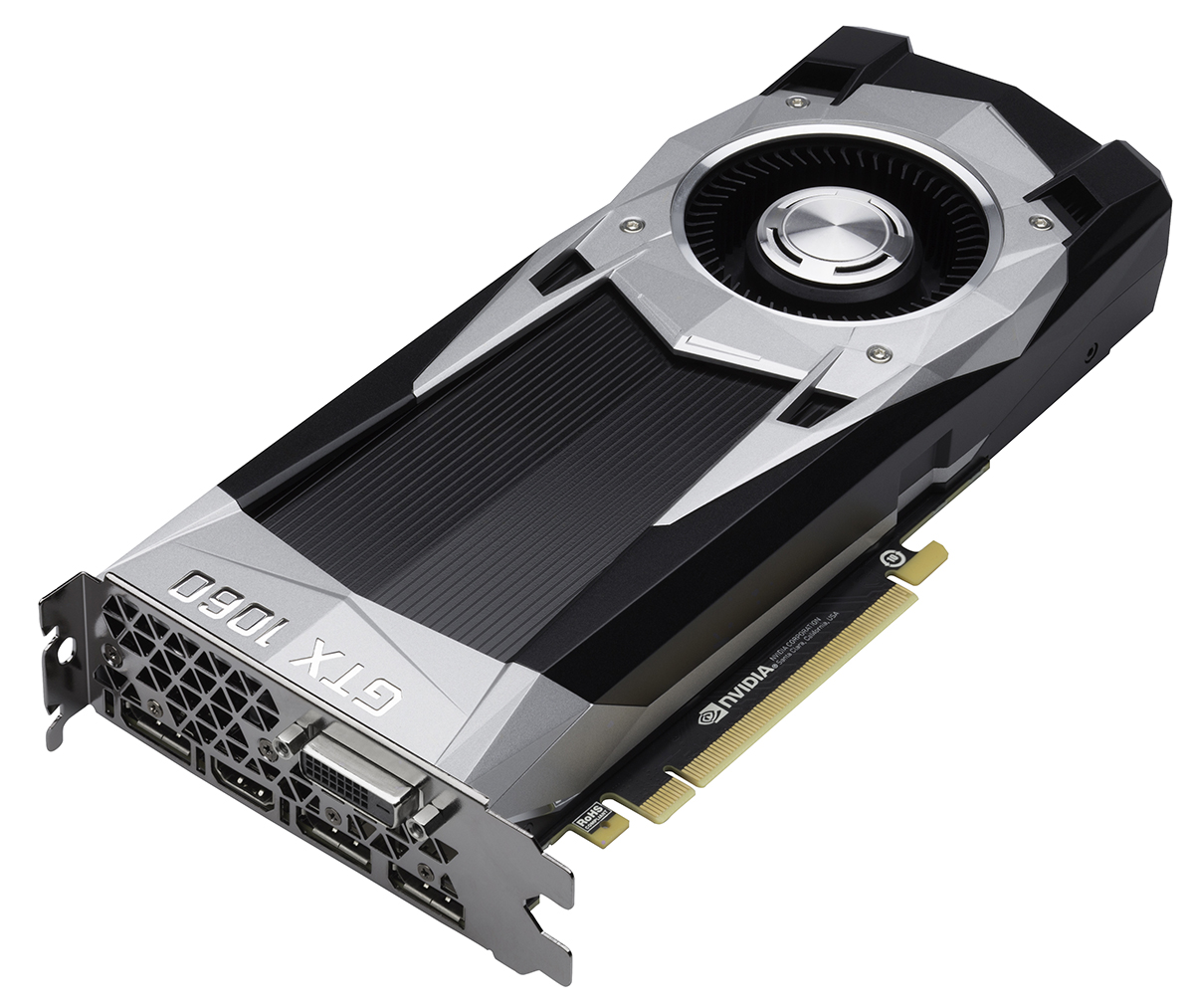 With the shroud removed we see two heatsinks, a bigger one for the GPU, and the smaller one which sits at the back to help the heat dissipation under the shroud. 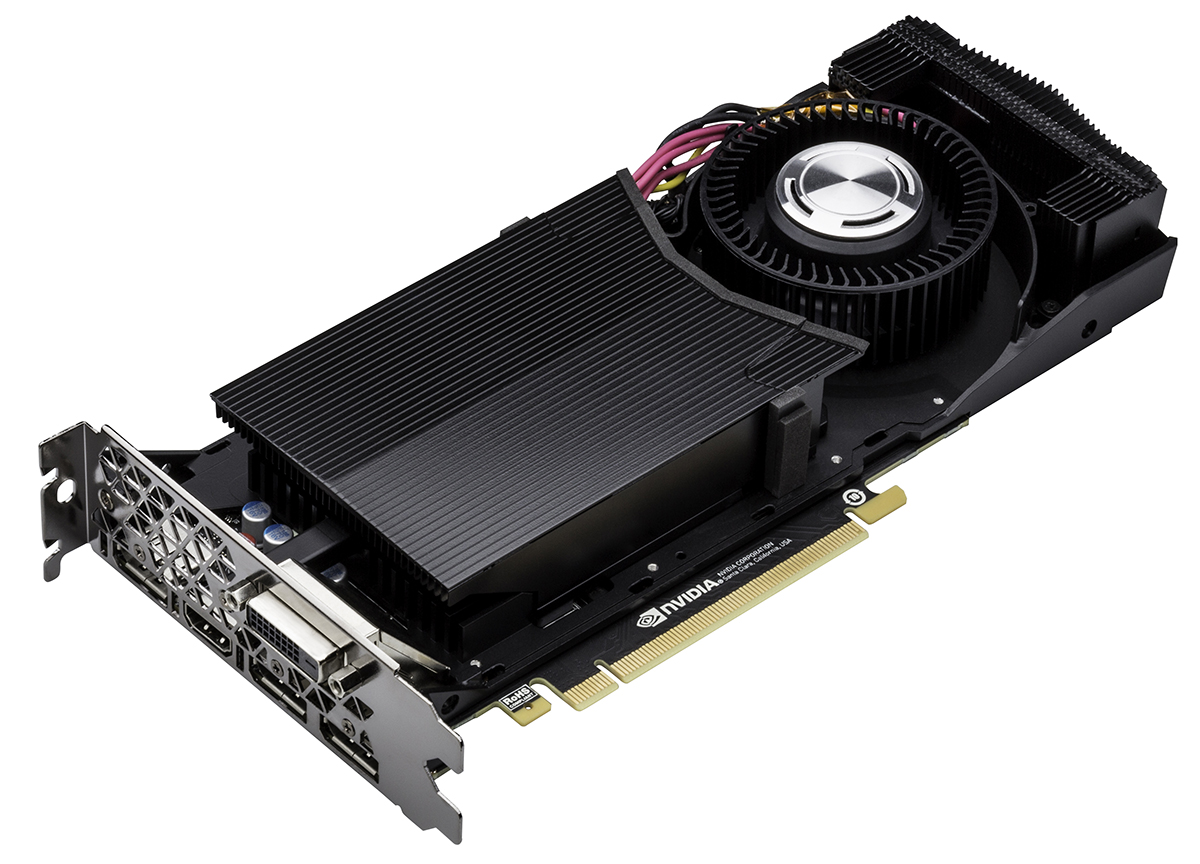 The GPU heatsink looks bigger than it is. Have a look at the heatsink removed in the image below. It is big enough to ensure proper cooling for the GP106 GPU. 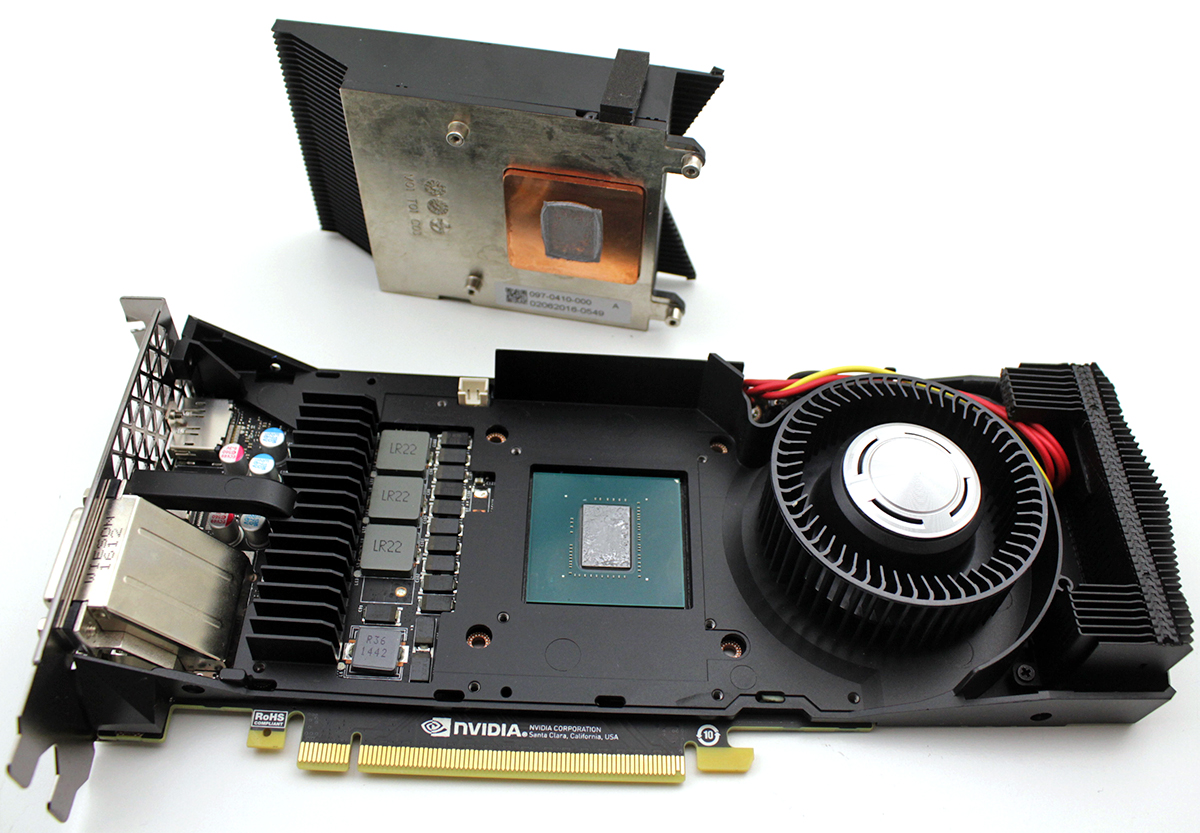 There is a bunch of cables below the shroud. As a pleasant surprise, one of them is powering an LED in the shroud, finally we have a glowing Geforce logo in a midrange segment graphics card. 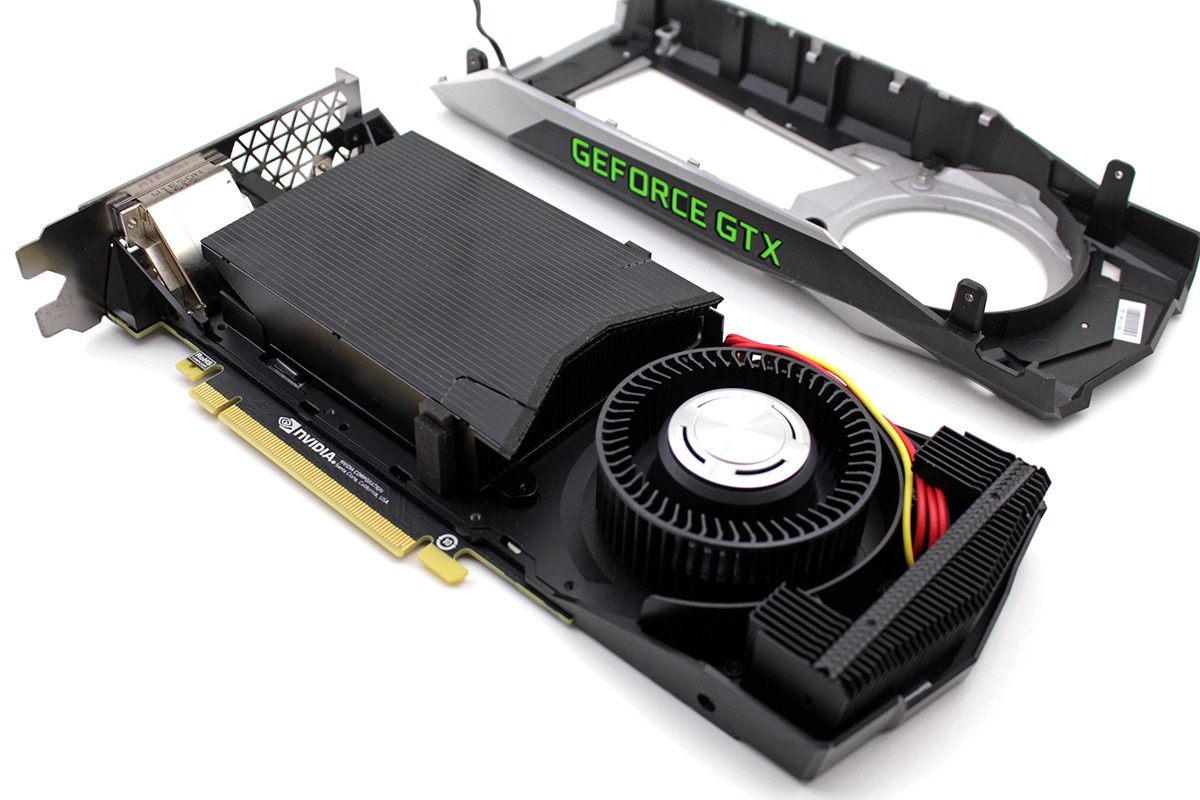 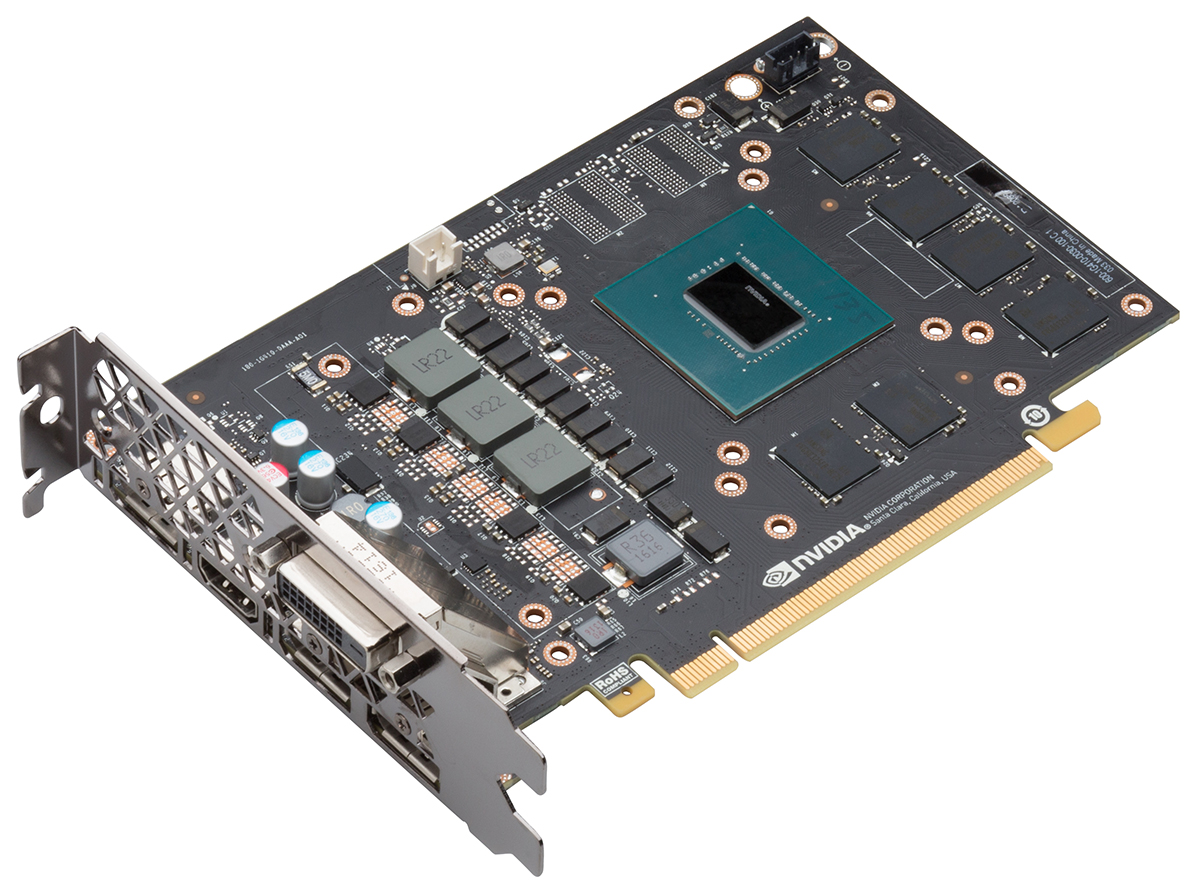 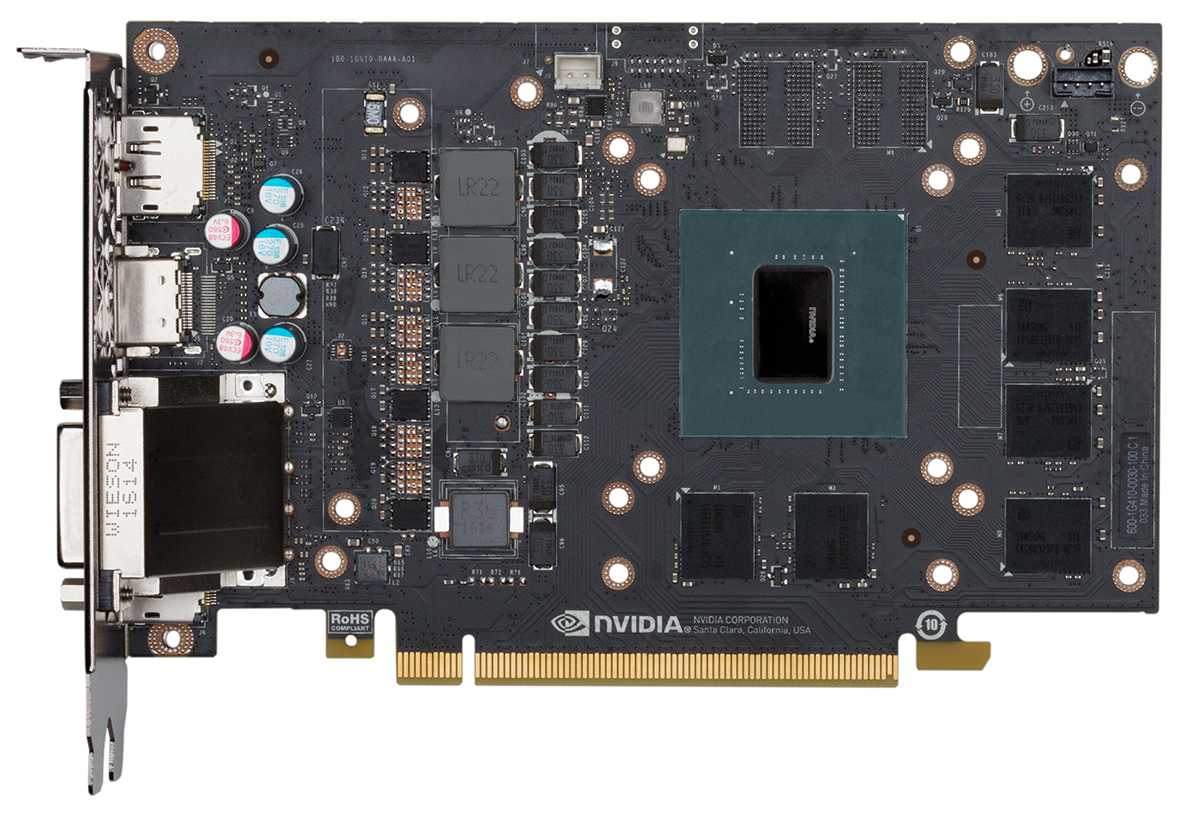 If you look closer you will notice there is no PCIe power connector. We know that the TDP of the GTX 1060 is 120W and a PCI Express slot alone which provides 75W of power is not enough to power this graphics card. But how does it do it? The trick is quite good, the power cables are simply soldered and extended as you can see from the image below. 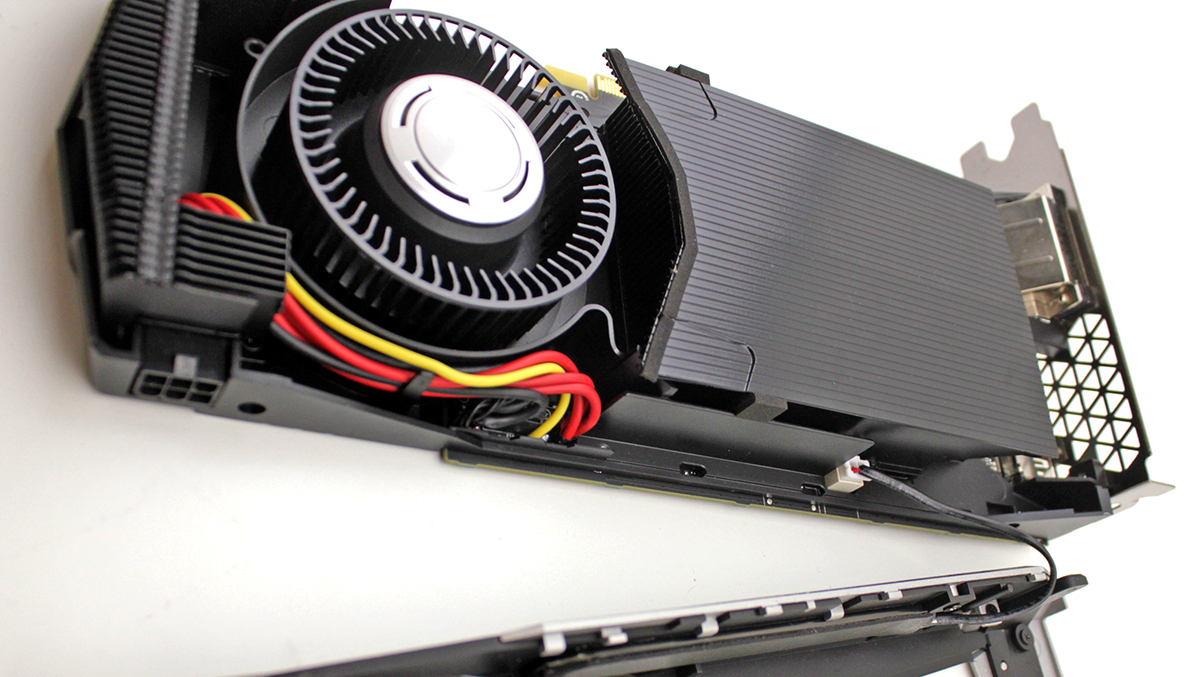 One 6-pin PCIe power connector is required for operation. 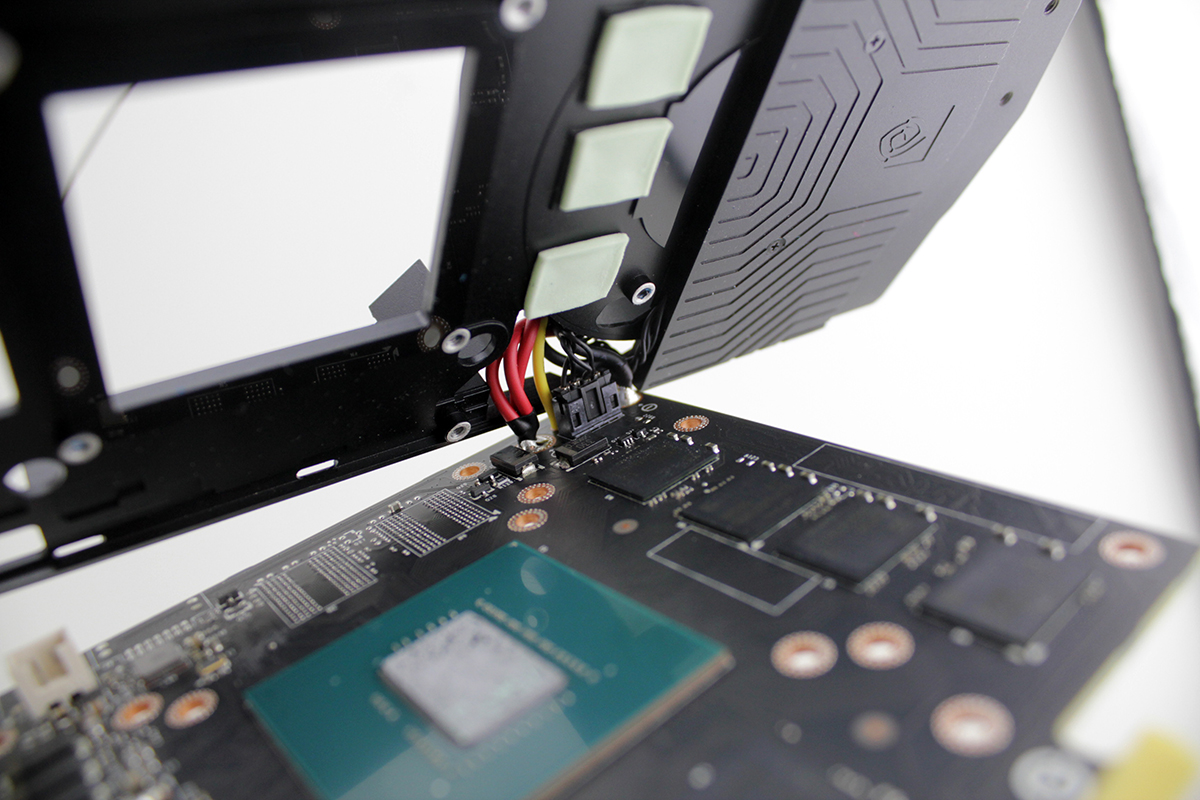 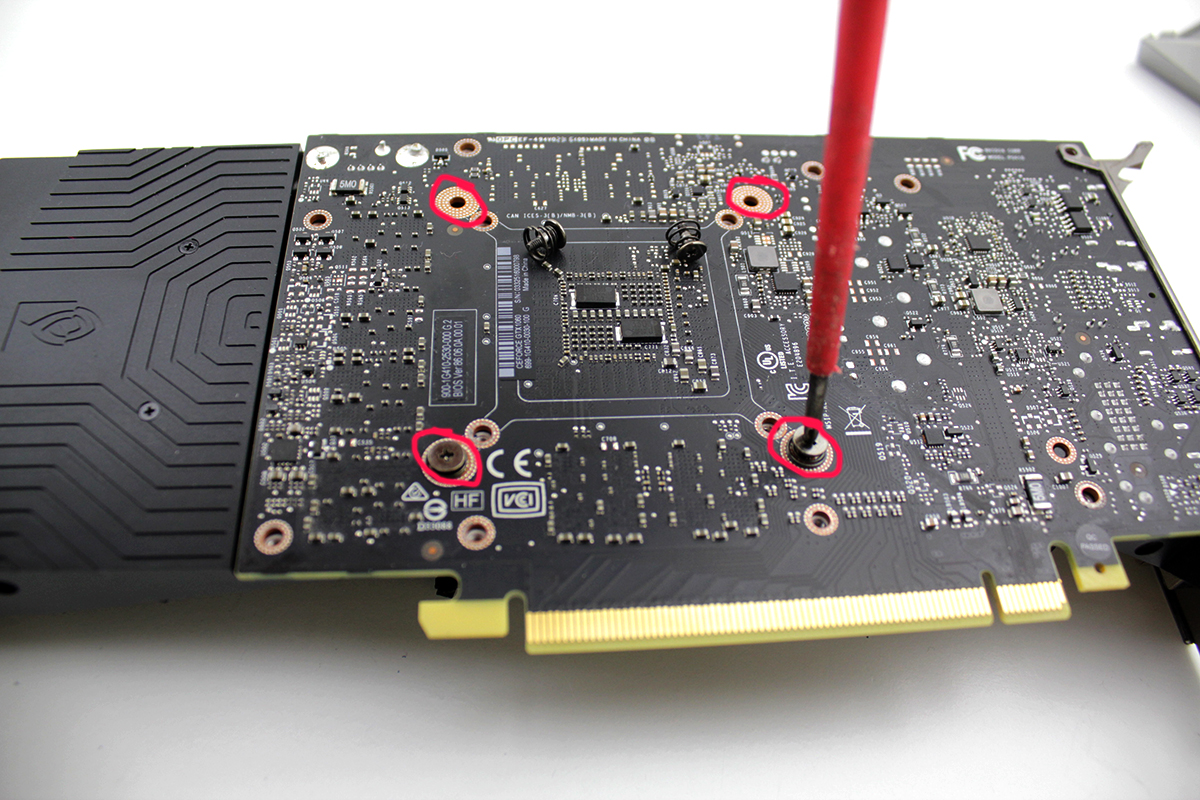 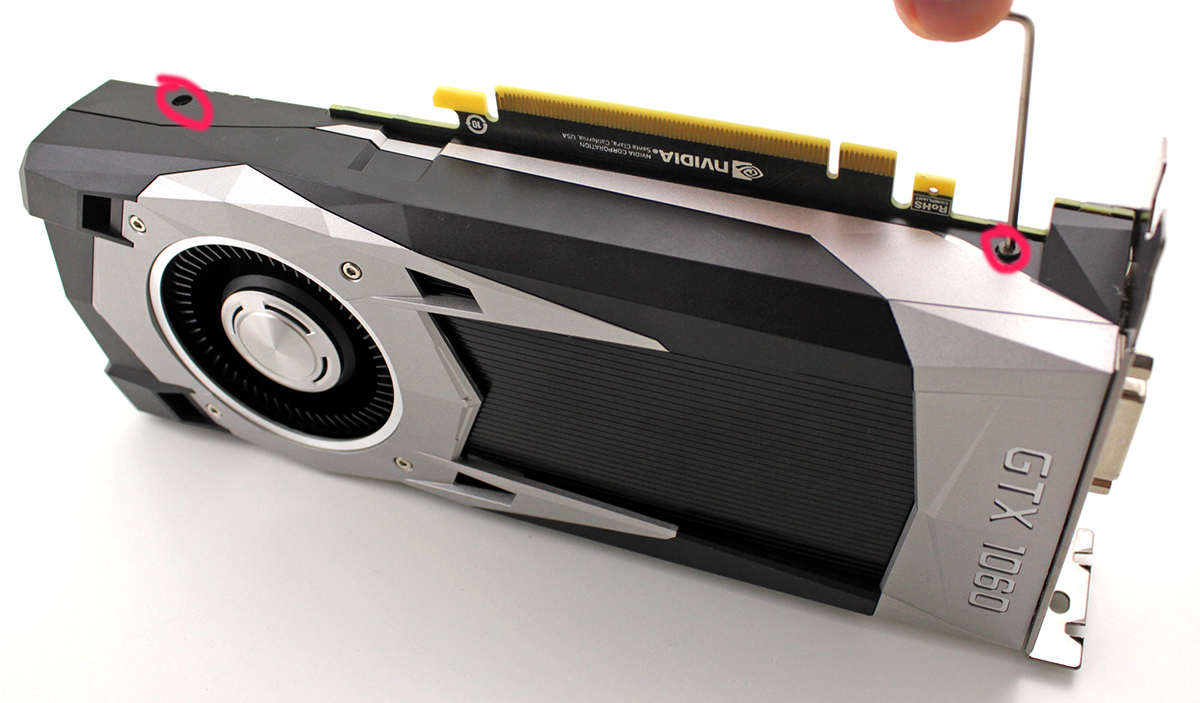 As you can see SLI connector is unavailable. This means the GTX 1060 does not support SLI. In future Nvidia will provide SLI option only for its top of the range GPUs like the GTX 1070 and the GTX 1080. This is pretty rubbish and a pretty depressing mistake for Nvidia to make. 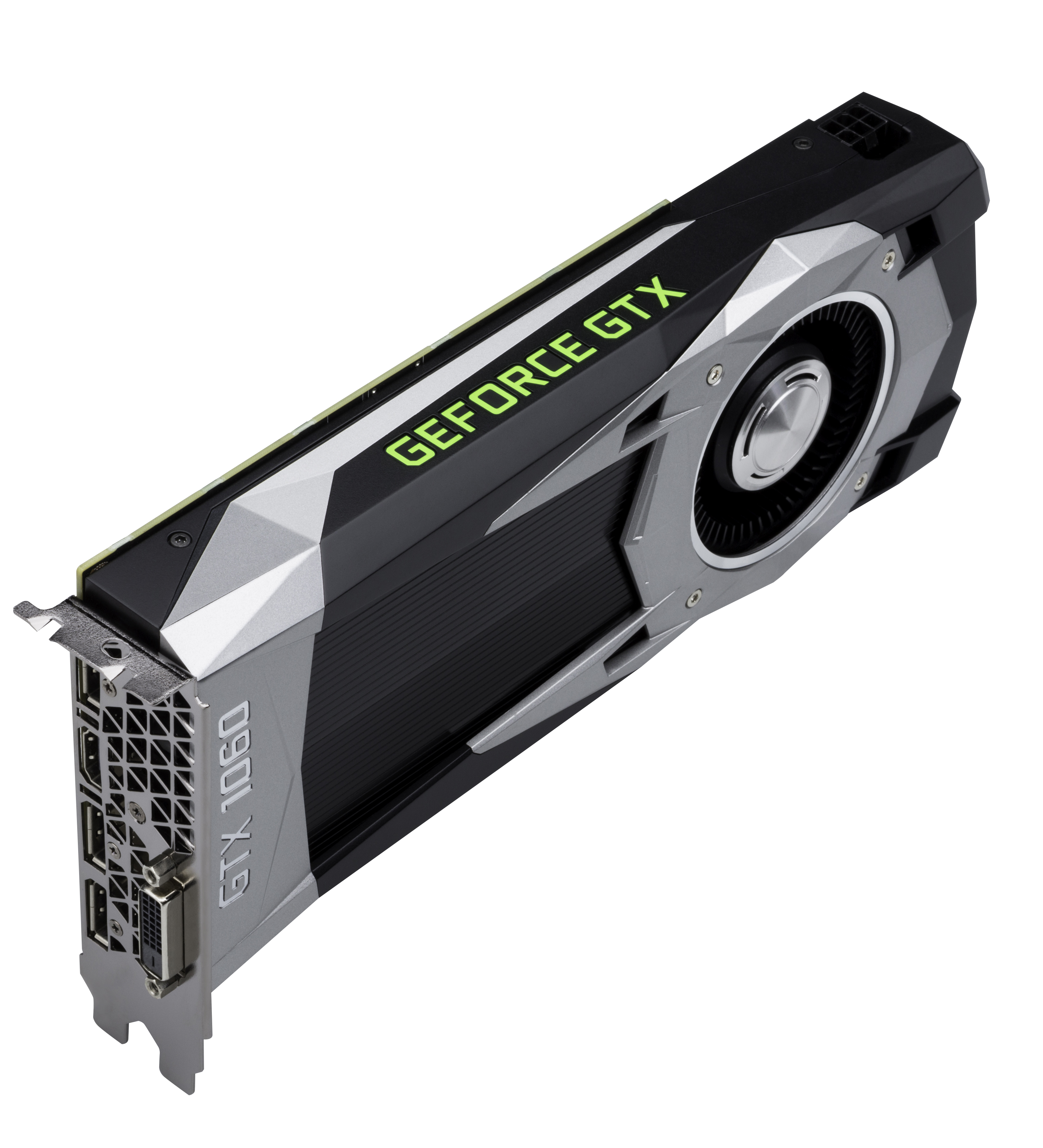 Display outputs include one dual-link DVI, one HDMI and three DisplayPort connectors.

The GTX 1060 has high boost GPU clock (1708MHz) but the reference cooler is good enough to keep things under full control.

Under full load the fan is audible, but we could only hear it lightly from the closed PC case. In idle, the card is very quiet, but it lacks the idle-fan-off feature.

As you will see from the charts below, the GTX 1060 is on a par with the GTX 980, which is great. AMD's RX 480 falls also in the same performance basket. But considering this is 120W TDP graphics card this is impressive. 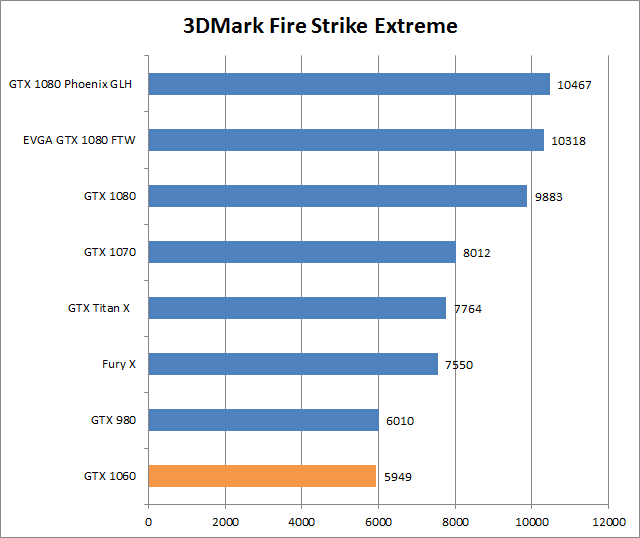