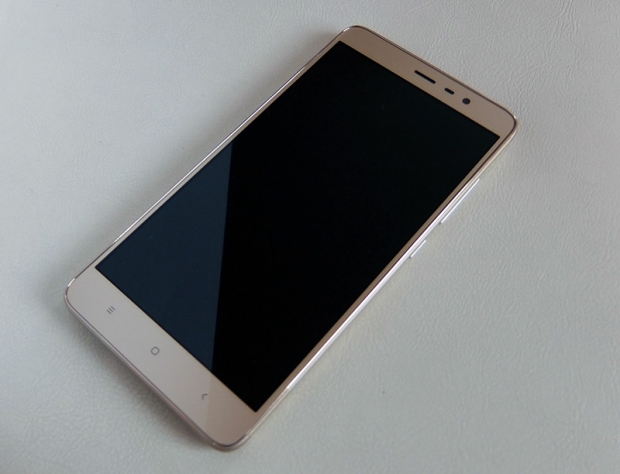 Unlike the Redmi Note 2, the Note 3 is launching with MIUI 7 out of the box. MIUI 7 is still based on Android 5.0.2 like previous incarnations of MIUI 6, but it offers a few tweaks and new features. Best of all, it completely ditches skeuomorphic design features.

MIUI tends to place an emphasis on visual appearance, and the 7th incarnation of Xiaomi’s Android fork looks great. The user experience is top notch, and a lot of people love MIUI animations, themes and clever shortcuts. Customisation is also a big deal in MIUI. You can transform your phone into a flat, minimalist device, or a steampunkish, skeuomorphic mess, all with a few taps. The stock Xiaomi themes are a good place to start, but if you want some crazy and outlandish themes, you need to browse the Mi market. 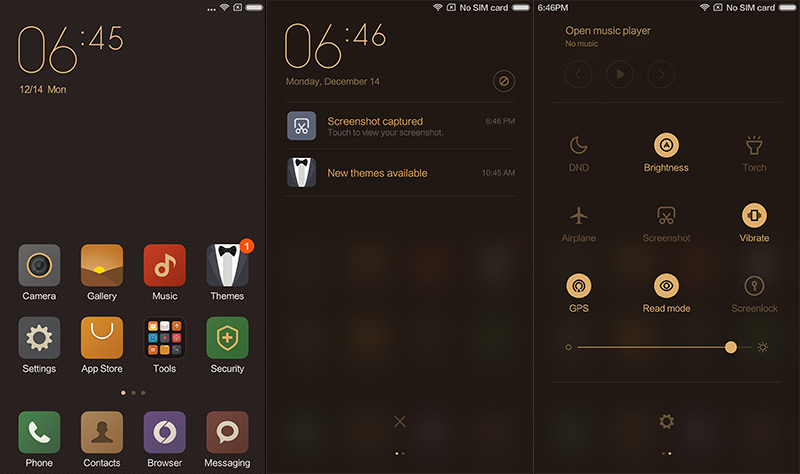 MIUI also loves to hog a lot of RAM, so the added 1GB of memory on the 32GB version could make a difference in some situations.

While we feel MIUI is one of the best Android forks on the market, the UI could still use a few tweaks. One of the more frustrating aspects of the notification system is the fact that you can’t expand or dismiss notifications in the lock screen. You can’t expand them even after the phone is unlocked.

There’s really not much of a difference between the Redmi Note 2 and Note 3 in terms of user experience. The performance differences are negligible in most scenarios, and if you can live with one, you can live with the other. So, we’ll have to look elsewhere to find some significant differences, and the fingerprint scanner seems like the obvious place to start. 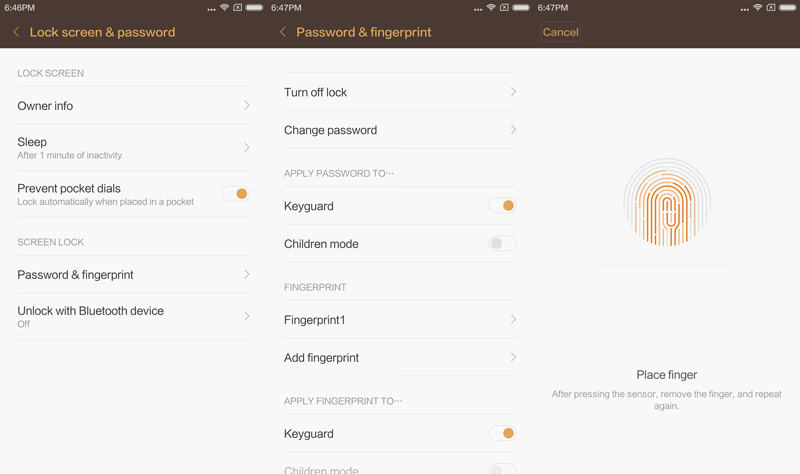 This is the first Xiaomi phone to sport a fingerprint reader, so we were curious about the implementation. It’s basically another lock-screen option and you’ll have no trouble finding it in the menu. Scanning and storing one fingerprint profile takes less than a minute, and you can store multiple profiles.

The scanner is fast and reliable. Unlocking the phone takes less than half a second. Better yet, we got no false positives or false negatives for that matter. 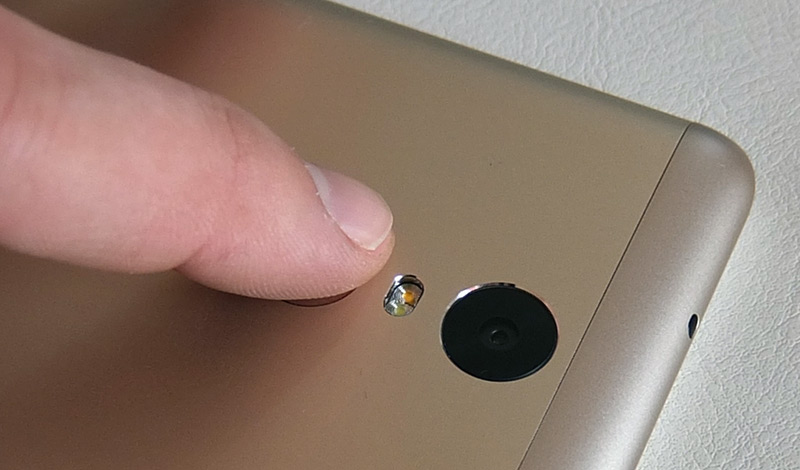 The placement of the scanner on the back is a logical design decision, as it allows for a more compact device (the iPhone 6S Plus is almost a centimetre taller).

On another note, there is one thing we could never get about rear-facing fingerprint scanners: Why do vendors use them for one purpose and one purpose only; to unlock our phones? Humans have ten fingers, and most of us know how to use them, so why not use the fingerprint scanner for multiple shortcuts, using different fingers?

For example, you could launch the camera simply by unlocking the phone with a different finger, let’s say a pinkie. The ring finger could be used for a fast-dial shortcut to call your spouse, while the middle finger would be the obvious and deeply satisfying choice for rejecting calls, especially if you are into contact pics. (Note to self: Patent this in the US. Use this review as an example of prior art if someone beats you to it. Become a patent troll. Buy a yacht. Ed) 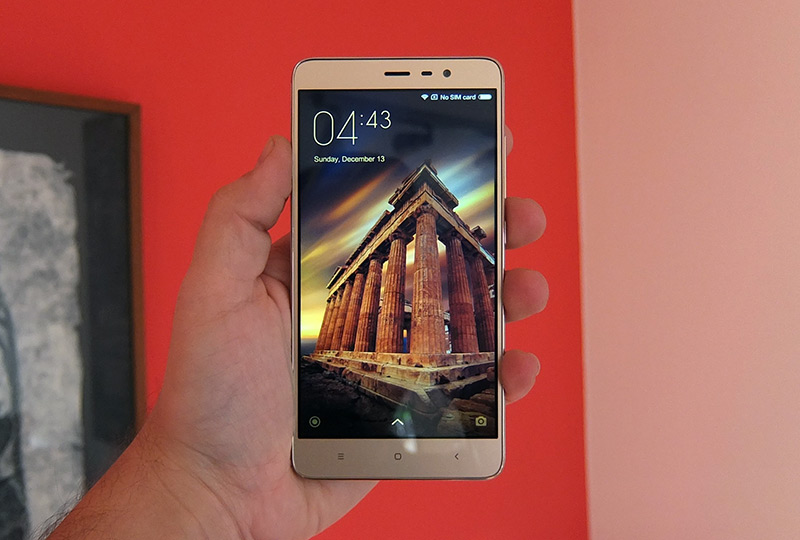 The other big deal, or should we say huge deal, is the battery. The Redmi Note 2 ships with a 3000mAh user-replaceable battery, but it’s not marathon runner. The Helio X10 is power-hungry when you push it too hard, which could be one of the factors in Xiaomi’s decision to cap it at 2GHz for the Redmi Note 3.

Thanks to its 4000mAh battery, the Redmi Note 3 can run circles around its predecessors, and indeed most competing devices. If you don’t mess around with your phone all day, you should be able to get two days of battery life out of the Note 3. We did, and we are not exactly moderate users. If you are careful, or if you don’t use a lot of mobile data, three days should be possible as well. Best of all, despite the added 1000mAh, the phone looks and feels more compact than the Redmi Note 2.

Basically, the Redmi Note 3 should give you an extra 6-12 hours of extra battery life if you are a (very) heavy user. Most people should get 12-18 hours extra, if not more, and this is a big deal. If you forget to charge it overnight, chances are the Redmi Note 3 will get you through the day without much hassle, without having to resort to any drastic power-saving measures. 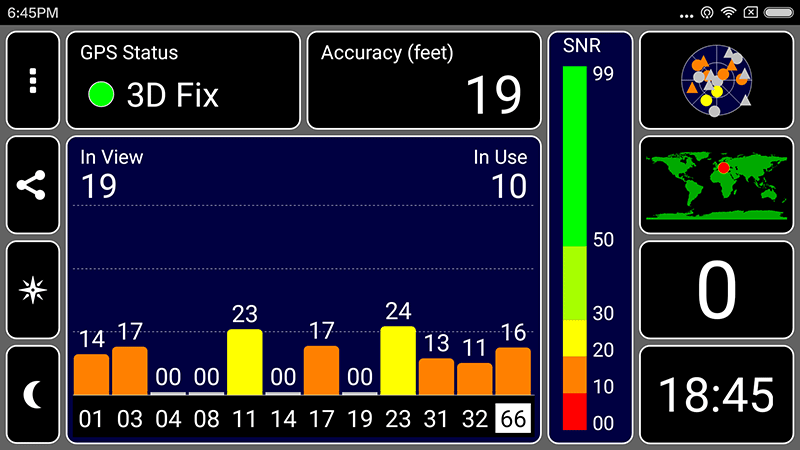 GPS performance is on par with the Redmi Note 2.