We’ve been hearing about the GTX 580 performing 30 percent better than the GTX 480, but we now know that these figures are not actual gaming results but rather 3DMark Vantage scores. 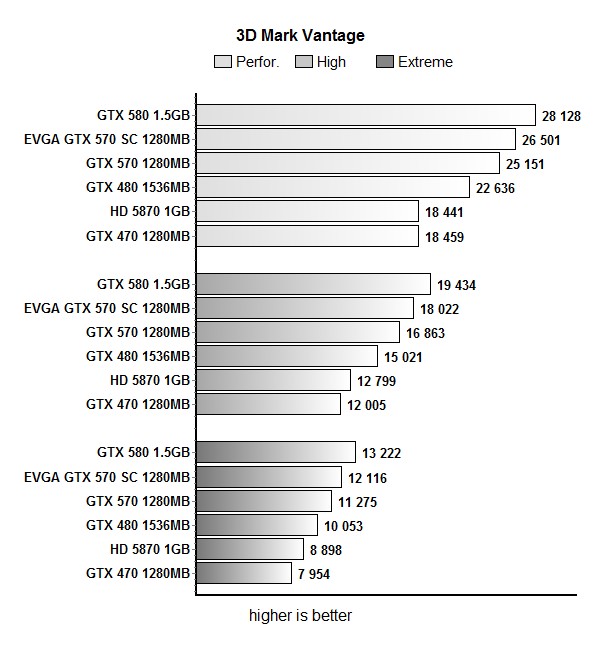 TessMark shows that tessellation is one of the main advantages of Nvidia's Fermi architecture over AMD boards. With each level of tessellation, the GTX 580 widens the performance gap between it and GTX 480 – it starts at 14% in the least demanding test and goes up to 21% in the most demanding tests.  However, tessellation is still not implemented in numerous games and it's hardly a major selling point, but it does help make the GTX 580 a bit more future proof. 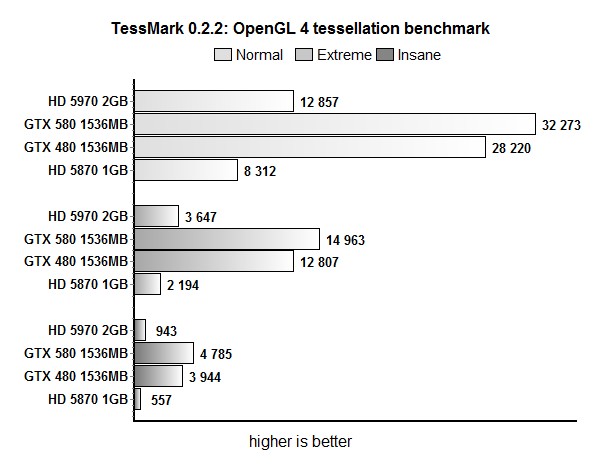 The Unigine Heaven test, which we used to test the card’s tessellation capabilities, shows that the GTX 580 is 18% faster than the GTX 480, with the new cards GPU running 9% faster than GTX 480’s one. 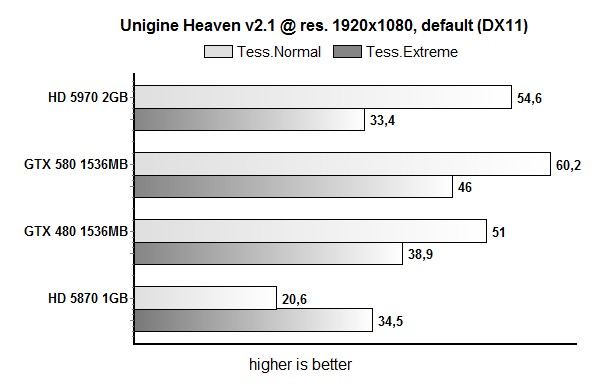