Review: Affordable 17-incher boasts great battery life
HP is no stranger to the business-laptop market and its ProBook series lappies have been a staple of many small businesses and corporate users for years now. The 17-inch 4720s was introduced last year and it’s aimed at no-nonsense users who need a serious desktop replacement with plenty of screen acreage and reasonable performance.

Although many users shy away from 17-inch notebooks due to their bulk and weight, the 4720s manages to keep the weight at reasonable levels and it has a rather acceptable footprint as well. It tips the scales at 2.97kg, which is pretty impressive considering the size and it ranks as one of the lightest products in its class. However, unlike other “light” 17-inchers, the 4720s packs an 8-cell battery rather than a 6-cell, which results in superior battery life, but we will get to that later.

Like all ProBooks, the 4720s is available in a wide variety of SKUs and you can easily configure it to suit your needs. We scored a rather interesting and relatively fresh version, based on Intel’s Core i3 380M processor, Intel HM57 chipset and AMD Radeon HD 6370 graphics.

The Core i3 380M is one of the latest incarnations of Intel’s 32nm Arrandale architecture and it’s a reasonably priced dual-core clocked at 2.53GHz. It packs 512kB of L2 cache and 3MB of L3 cache and it supports Hyperthreading.

We can forget about the integrated graphics core, since the 4720s packs AMD HD 6370 graphics, but don’t be fooled by the name. The HD 6370 is not based on a new graphics core, it’s basically a rebranded HD 5470, with 80 shaders clocked at 750MHz. Despite the rebrand, this is a pretty good GPU for the money, especially considering it also packs 1GB of DDR3 memory clocked at 800MHz. While it might not be fast enough to cope with new games, it’s more than enough for any business user.

Our sample also included 4GB of memory, 320GB of storage, DVD burner, eSATA, WiFi – Bluetooth combo and even an optional 56k modem, something we haven’t come across in quite a while. The 4720s ships with a pretty nice carrying bag and at first glance it’s pretty good value. Prices start at €699 for the cheapest SKU, but this particular version will set you back a bit over €750.

Measuring 41.1 x 26.6 x 2.82 cm, the ProBook is relatively compact for a 17-incher and it doesn’t feel too chubby. However, from certain angles it looks quite a bit fatter than it actually is, thanks to HP’s minimalistic, faceted design. Most vendors go for gently beveled edges, particularly on the lid, thus creating the illusion of a somewhat thinner laptop. However, HP chose to go with straight edges. 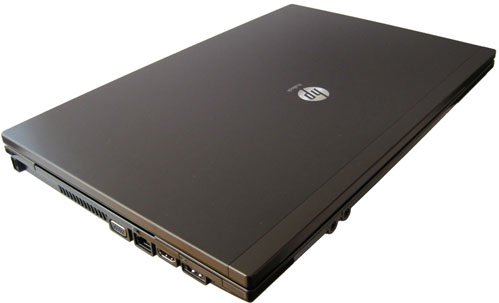 Mind you, this is not necessarily a bad thing. The 4720s looks rather elegant and simple, which is what we want to see in any business notebook. The brushed aluminium used on the lid and palm rests feels and looks quite nice, while the piano black finish on the bezel and the keyboard offer a dose of chic to compensate for the understated design. Add a stylish chiclet keyboard and the end result is a pretty good looking business notebook that’s neither too dull nor too flashy. 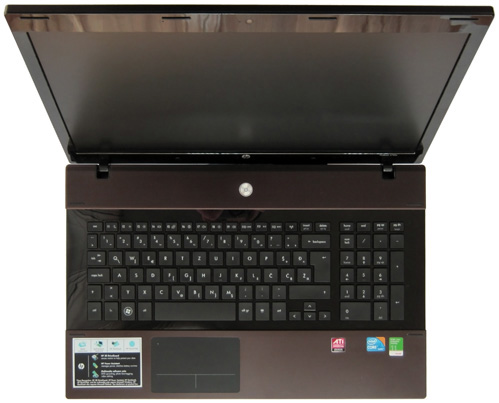 Also, we like HP’s choice of colours. The dark copper finish used on the aluminium is perfectly offset by glossy black details and the sizable silver power button. It just has a steampunk feel to it and we like it, unlike most HP notebooks. 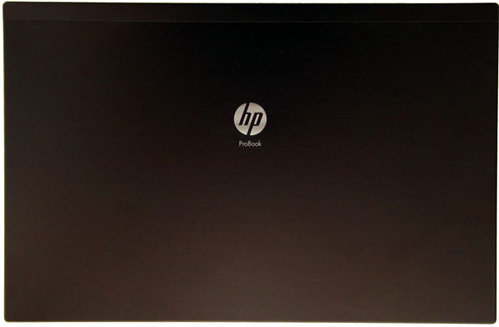 Build quality is pretty good, too. There are no major issues to report. The chassis feels quite sturdy and the use of brushed aluminium helps give it a touch of class as well. There is not much flex on the keyboard, or the palm rests for that matter. As with all 17-inchers, the lid is pretty big and somewhat prone to flex, so some caution is advised, i.e. always grip it by the edges and don’t treat it like an ultraportable. Despite this, the lid protects the screen pretty well and you shouldn’t experience any distortions unless you are very careless or heavily intoxicated. 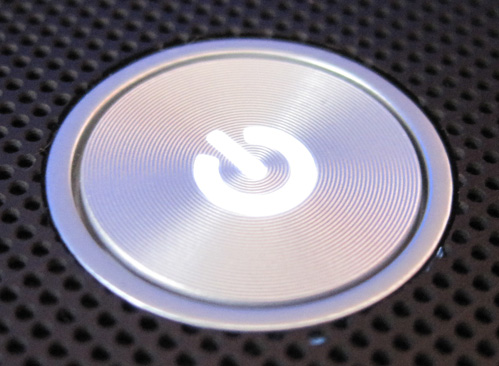 The bottom of the chassis is fashioned from rather robust plastic and it feels solid. There are no ventilation vents on the bottom and this is great news, as using the 4720s on your lap or on a couch shouldn’t be an issue. In the long run, this will probably result in less dust accumulation as well.

The exhaust vent is on the left side and the cooling system is nearly silent in everyday use. Noise levels under load are bearable. Heat is rarely an issue on 17-inchers and the ProBook is no exception. There’s plenty of room for dissipation and the chassis rarely heats up above body temperature. So if you’re human, you shouldn’t face any major issues. 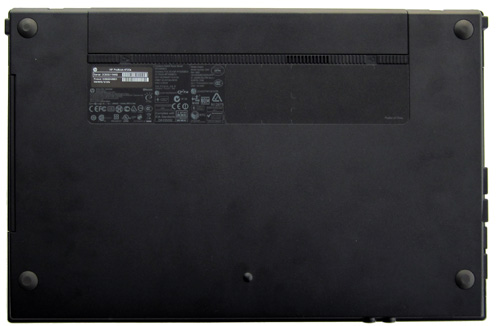 Sadly, accessing the insides isn’t easy, so it took us a while before we managed to reach the 2 SODIMM slots. However, few users choose to upgrade their notebooks and we would always go for a solid chunk of durable plastic rather than flimsy panels that allow easy access to memory slots or the hard drive. Besides, the 4720s is aimed at business users, so they will probably just let the company tech guys tinker with it. Let them earn a living, they are very nice people once you get to know them.

Prev Next »
Last modified on 18 January 2011
Rate this item
(15 votes)
Tagged under
More in this category: « OCZ 8GB of memory put through its paces BFG 8800GT OCX ThermoIntelligence tested »
back to top