Opinion: Project Ara on your wrist, with a twist

Google generated a fair amount of buzz with Project Ara, a modular phone concept that might materialise next year.

However, the first generation of modular phones might not be all that it’s cracked up to be. Google (Motorola) and 3D Systems have spent months working to develop a number of manufacturing processes that will be employed in Project Ara. The endoskeleton is not easy to make as it has a lot of wiring. Modules pose similar challenges – 3D Systems will have to print quite a few conductive bits on each 3D-printed module and that is not as easy as it sounds.

The economics of Project Ara are another matter. While there is a market for modular phones, manufacturing costs are bound to end up somewhat higher than with traditional phones. This may change in the future, but not anytime soon.

What about modular smartwatches then?

But what if the industry took a similar approach to smartwatch design? The problem with Project Ara is that a number of crucial components have to be printed and installed separately. The Blocks modular smartwatch concept uses a different approach, but it still relies on proprietary components.

That is a problem with Blocks, a big problem. A modular watch should steer clear of proprietary standards. Watch makers have been selling standardised wrist straps for decades, why not use them instead? There are also a number of popular form factors, i.e. diameters – 34mm, 40mm, 42mm and so on.

A modular smartwatch does not need to reinvent the wristwatch, companies have been designing and manufacturing them for more than a century. A proper modular smartwatch should have just three components – a standardised strap, a couple of standardised housing form factors and of course the brains of the operation in the form of a compact smartwatch module that slides into the housing. The chipset, screen, battery, radios and all other electrical components in a single, standardised package.

A modular design would allow consumers to simply swap out an obsolete device and reuse the rest of the watch, thus offering much better value and making repairs easy. Furthermore an open standard could allow numerous companies to enter the space at different price tiers. The same form factor could be used for a playful $50 watch for teens and a $1,000 watch fit for a retirement gift. Brand loyalty is another issue – many people love their watch brand and they are essentially fanboys, if not snobs. Bottom line - they are big spenders and they will not trade in their Swiss timepieces for something made by Samsung or LG (no offense - we actually like most smartwatch designs, but we are geeks rather than fashionistas). 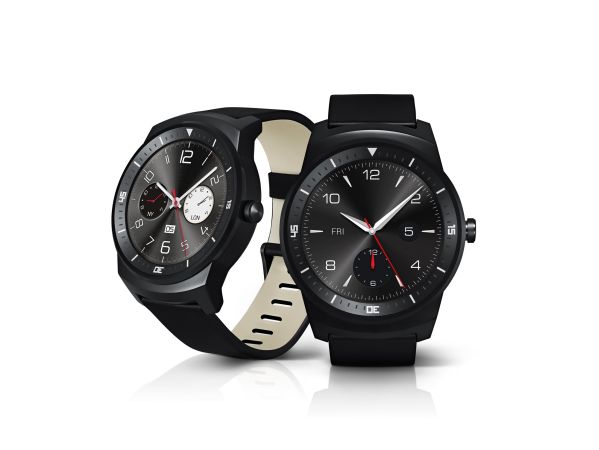 Users could choose the features they need and the design of their preference, or mix a few components to come up with a unique watch that suits their needs. Geeks could go for the hottest hardware, while saving cash on a very cheap housing and strap. They could even design and print their own straps and housings, download or share designs, too. Conservative consumers with deep pockets could spend heaps on a branded strap and housing that will stand the test of time. Who would buy a gold smartwatch that will go obsolete or dead in a matter of years? But a gold smartwatch housing and strap that could accommodate any of a number of devices is another story.

We are not suggesting that Motorola, Samsung, LG and Apple got it wrong. They are doing what is best for their bottom line and they have some nice designs, but eventually the tech industry will have to coexist with traditional watchmakers and offer more choice. It will have to get established watch brands on board and it simply cannot do it with closed, proprietary designs.

It may take a few years, but modular is clearly the way to go.

Last modified on 31 August 2014
Rate this item
(0 votes)
Tagged under
More in this category: « iPhone 6 launch is on September 9th Lenovo will not sell phones to Western Europe »
back to top