Featuring a hefty factory overclock, the new Powercolor PCS+ HD7870 GHz Edition still packs 1280 stream processors and packs 2GB of GDDR5 memory paired up with a 256-bit memory interface. The new PCS+ addition ended up clocked at 1.1GHz for the GPU while those 2GB of GDDR5 memory are ticking at 4.9GHz. The card is cooled by a dual-slot cooler with single center placed fan.

All cards are scheduled to appear in retail/e-tail by the end of this month. 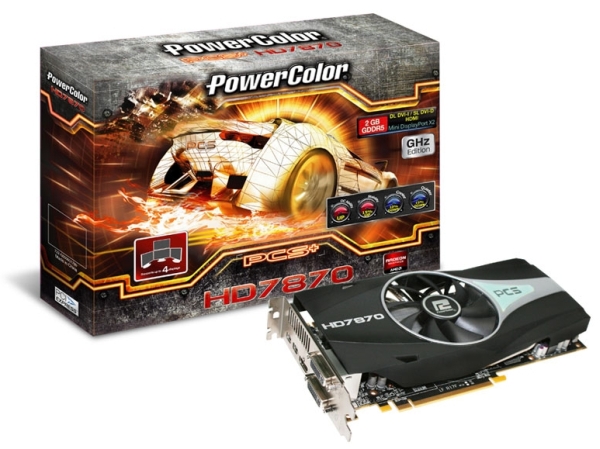 Last modified on 06 March 2012
Rate this item
(0 votes)
Tagged under
More in this category: « Sapphire rolls out its own HD 7800 series cards Nvidia GTX 680 final specs rumoured »
back to top