As expected, Powercolor has today officially announced its latest addition to the HD 6900 series lineup, the PCS+ HD 6950 Vortex II card. Featuring a new Vortex II dual-fan cooler and factory overclocked HD 6950 GPU, the new PCS+ HD 6950 will come with 2GB of memory and will be bundled with Call of Duty: Modern Warefare 2 game in some regions.

The new cooler features two 92mm Vortex fans and four heatpipes. The fans can be raised or lowered in order to optimize the airflow to the heatsink. The card hasn't been priced yet but we expect it retail at around €250. 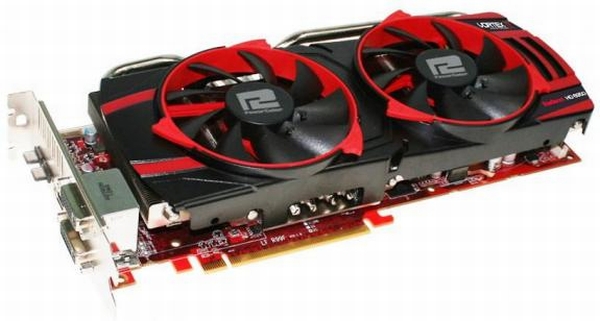 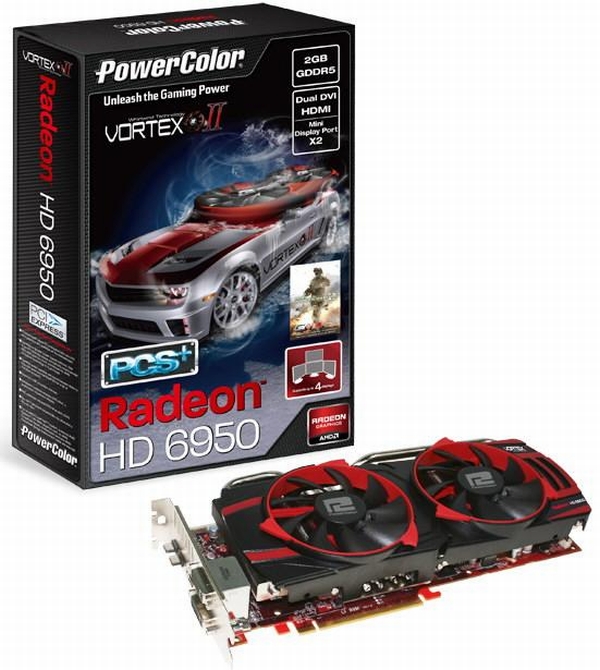 Last modified on 15 April 2011
Rate this item
(4 votes)
Tagged under
More in this category: « HIS announces its HD 6790 IceQ X Turbo MSI announces GTX 570 Power Edition »
back to top