The Z68 based T-series motherboard

Biostar has rolled out yet another Z68-based LGA1155 motherboard that will be a part of its T-Series, the TZ68K+.

It also features Gigabit LAN, 6-channel audio, two USB 3.0 and five USB 2.0 ports, as well as DVI, D-Sub and HDMI outputs on a rather lacking I/O panel for a full ATX motherboard. The rest of the features include Biostar's Charger Booster for accelerated charging of devices and gadgets, Rapid Switch and Rapid Debug, as well as Bio Remote 2 tech that provides remote access from an Android or iOS based device.

The release date or the price haven't been announced. 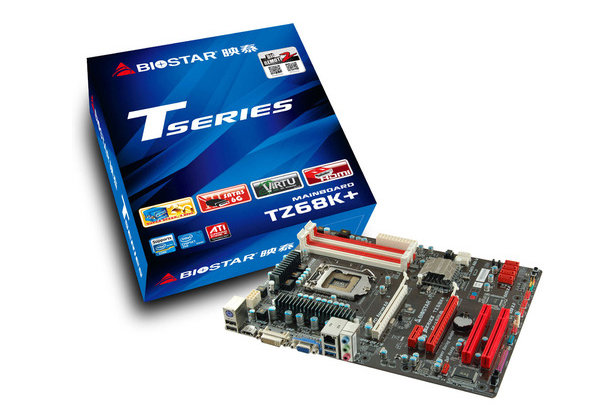