Today we’ll take a closer look at the flagship R9 290 card from PowerColor. The full name of the card is PowerColor PCS+ R9 290 4GB GDDR5, with the part number AXR9 290 4GBD5-PPDHE. It uses nicely designed, but oversized three-fan cooler and a custom PCB. The cooler was originally designed to meet the demands of the more powerful R9 290X. We hope this should provide more silence and overclocking headroom for the PCS+ R9 290 card. 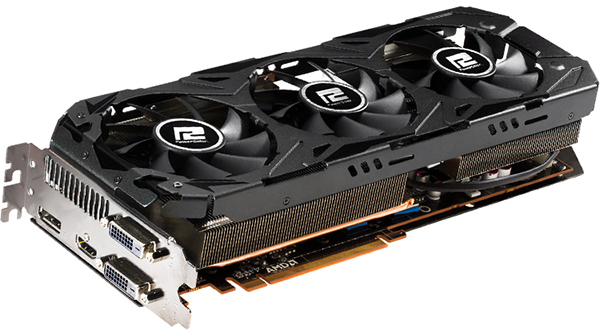 Power Color has two R9 290 cards based on a custom design. The TurboDuo R9 290, the slower of the two, is clocked at 975MHz for the GPU, while the PCS+ R9 290’s GPU runs at 1040MHz. Thanks to the custom design, the PCS+ should not have a problem of keeping its GPU clock at the maximum during extended intensive GPU load scenarios.

GPUZ confirmed the PCS+ runs at 1040MHz and we can see that the GDDR5 is also factory overclocked from 1250MHz up to 1350MHz. This bumps the bandwidth up to 346GB/s, which is about 10 percent more than you’d get on a reference card, or even a reference 290X for that matter.