According to a recent report by the Wall Street Journal, it appears that AT&T and T-Mobile have filed a request with the FCC to seek approval of a $1 billion transfer in wireless spectrum from AT&T to T-Mobile as a result of its failed $39 billion mega-merger.

The transfer is expected to tie up loose ends following AT&T's bid to take over T-Mobile (ended December 19, 2011) by handing over spectrum, along with $3 billion in cash, to T-Mobile parent company Deutsche Telekom AG. 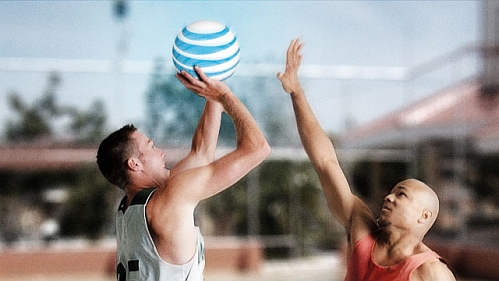 “This additional spectrum will help meet the growing demand for wireless broadband services,” said Tom Sugrue, T-Mobile’s senior vice president for government affairs, in an emailed statement. “We hope the FCC will move swiftly to approve the license assignments.”

While Deutsche Telekom may be content with its $4 billion negotiation, the company has explicitly stated that there is "no Plan B" in the event that the merger fell through. The payment of $3 billion in cash to Deutsche Telekom "will only cover T-Mobile's expenses for 12 to 24 months," said Wolfgang Specht, an analst at WestLG AG in Dusseldorf. If T-Mobile fails to find a partner within the next two years, it ultimately risks failing to generate enough operating revenue to cover its own spending.