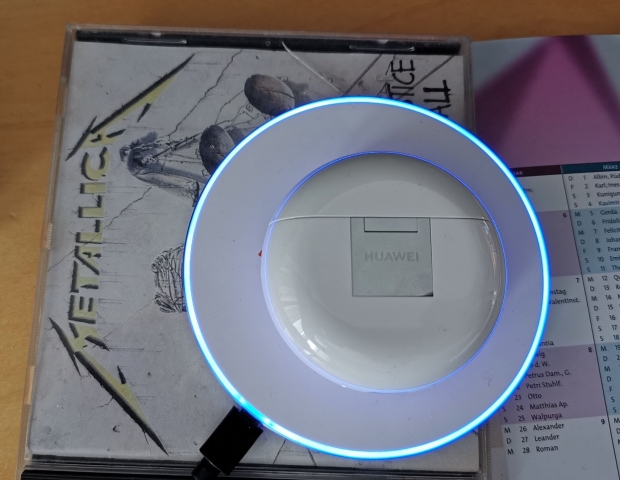 A few days ago, I received a Huawei FreeBuds 3 sample, and since they are the company’s first noise-canceling earbuds, I wanted to post it after the first flight. Naturally, I decided to write this piece during a short, two-hour European flight.

The noise-canceling tech makes FreeBuds 3 unique, at least when it comes to an OEM earbud offering from Android phone manufacturers. 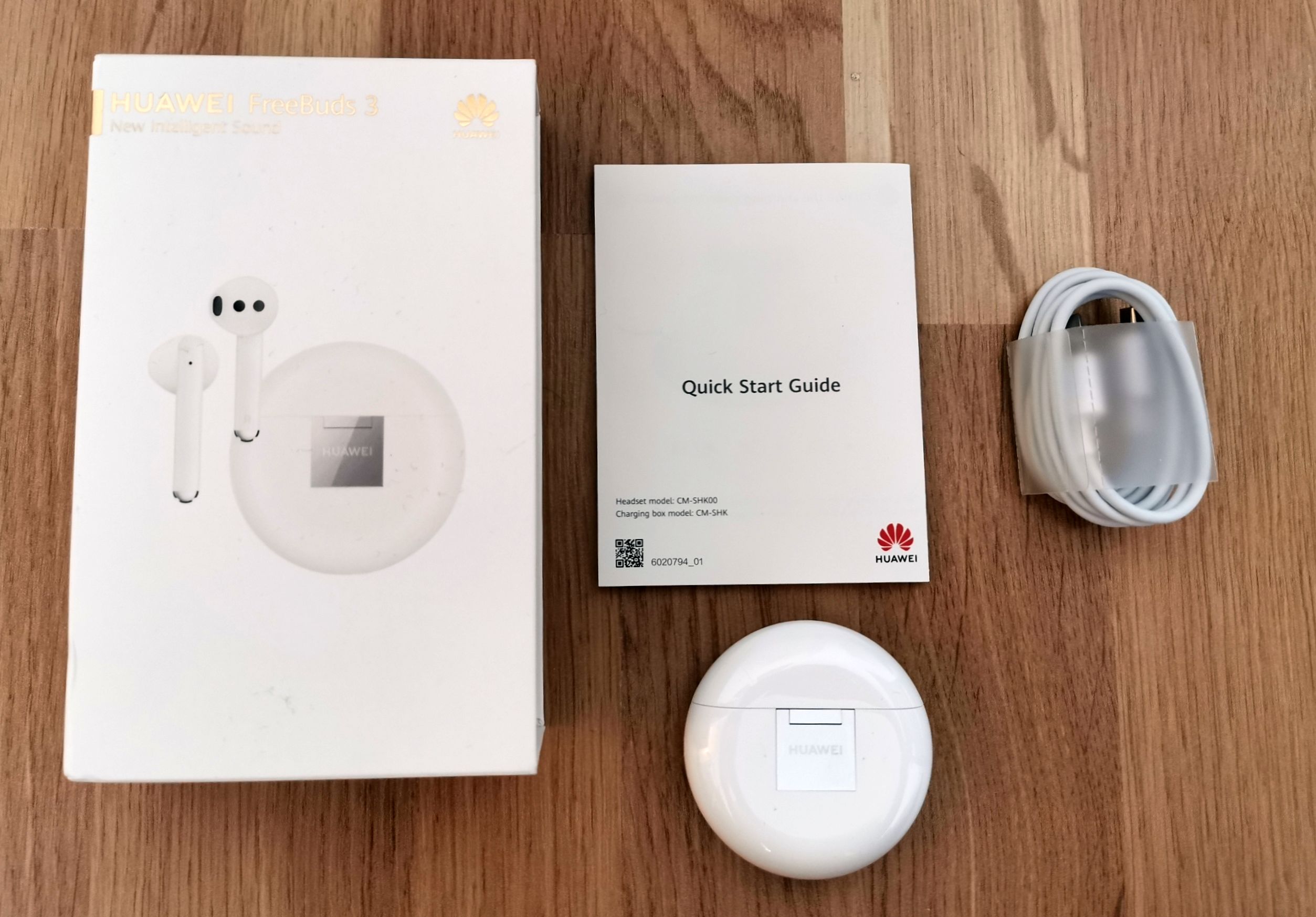 The design of the case resembles a slightly larger dental floss case. However, the Apple Airpod case looks like a squared dental floss case, so we should not worry about the design too much - it is what it is. The case is magnetic, and the earbuds will slide into their designated place. The case has one button that helps you pair the device. Pairing with Huawei phones will be seamless. They will appear in the same manner as Apple Airpods would on a nearby iPhone.

The LED inside lights up when paring and can be green or white, while the LED outside will show you the charge state of the case depending on the color.

The promised battery life of 12 hours with case and four hours of battery for the earbuds is not far from the truth. I managed to get about 3.5 hours with 60 and occasionally 70 percent volume. Bear in mind that the volume will affect the battery life, and the same is true for noise cancellation.

The earbuds have double-tap controls that can be changed in the app. 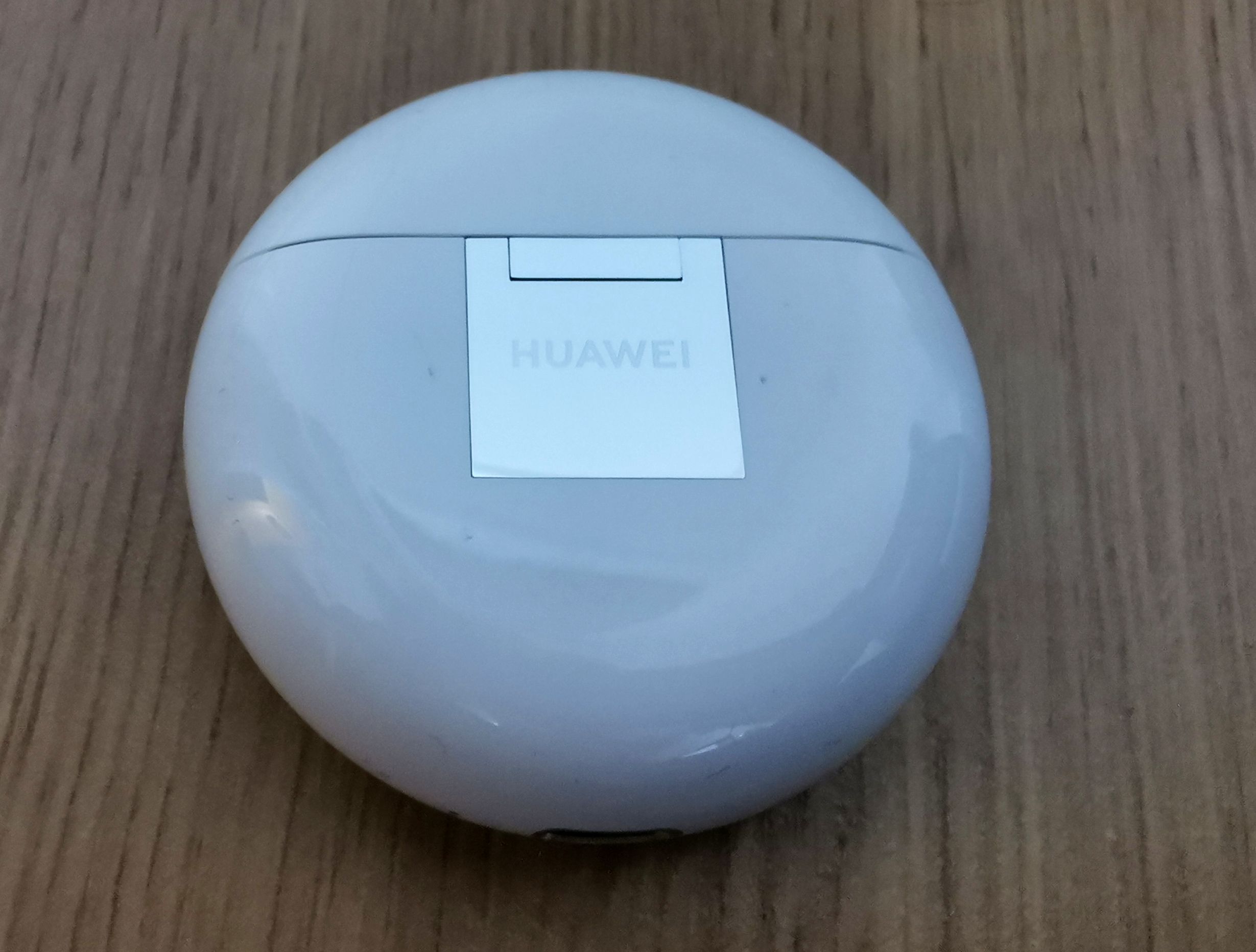 Paring is easy. Open the case and the phone’s Bluetooth recognizes the FreeBuds 3, and after a  first confirmation, they are married forever, or at least until the divorce. The volume is adjusted on the phone via Bluetooth options, and some users will miss the ability to do it on the earbuds.

Each bud comes equipped with a double-tap sensor. The sensor can be changed to several options: Play/Next, Play/Pause, Wake voice assistant, Enable/disable noise-canceling, or none.

My left earbud was programmed to enable/disable noise-canceling, while the right was programmed to Play/Next song and later Play/Pause. In my case, I would love to be able to play, pause, and skip the song and still be able to turn noise-canceling on or off. More than one option per sensor is not possible at this time. Additionally, double-tapping a device that is in one’s ear is not the nicest way to control it. I missed the option that Apple has, pause the music as soon as one removes the earbud from the ear, that would be a great option.

Huawei turns the music completely off when it announces that the noise canceling is on or off, and this is anything but discreet.

The earbuds are based on the Kirin A1 SoC. The SoC supports Bluetooth 5.1, Bluetooth LE 5.1, and active noise-canceling. Kirin A1 supports the Isochronous Dual Channel Bluetooth data transmission technology with lower latency and lower power consumption compared to older chips. The consumption of a chip inside a tiny consumer product is something that is not easy to test, but energy life was roughly in line with Huawei’s promises. The chip can output Bluetooth Ultra High-Definition Audio (BT-UHD) at up to 2.3 Mbps for top-quality sound. The earbuds come with a 14mm Driver and a bass tube. 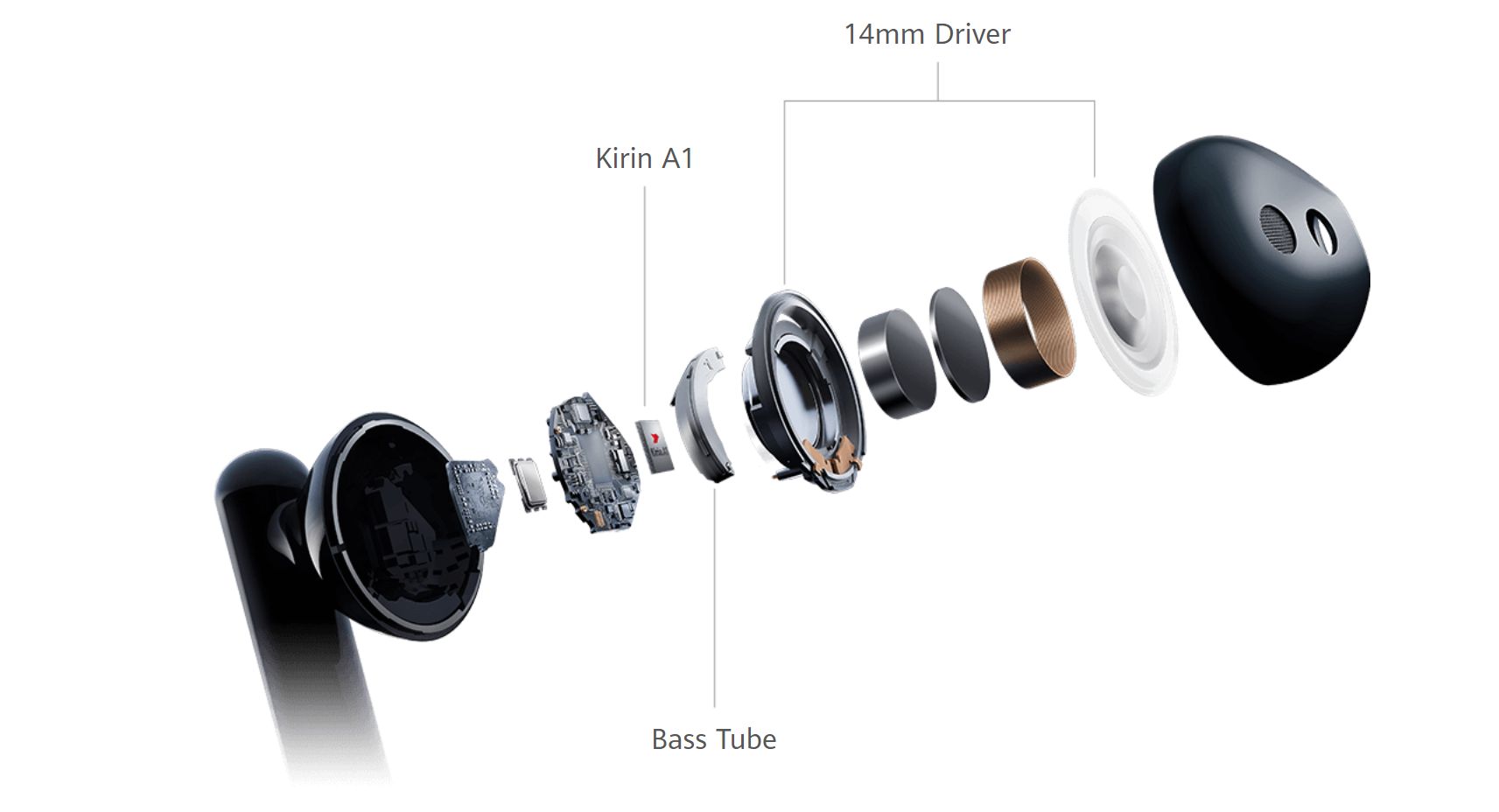 Let’s talk about sound quality, which sthe most important thing on any earbuds, regardless of fancy technology. Since FreeBuds 3 are not in-ear headphones, there will be some noise from outside. The sound is quite good. It is comparable to the 2nd generation AirPods 2. We did have a chance to compare them with the AirPods Pro, and the more expensive and latest addition from Apple had a richer sound with somewhat better bass.

These days, most of the mainstream wireless headphones have dominant bass as this is what people subjectively report. Good bass in the minds of consumers translates to better sound quality, though this is not necessarily the case.

Alicia Keys or Adelle sound just fine, as well as Metallica and some heavier stuff. FreeBuds 3 will serve millennials on the move as well as Gen X and older people, with the only difference being that the latter tend to listen to much better music than millennials. [Are you sure, Fudo? Mike] 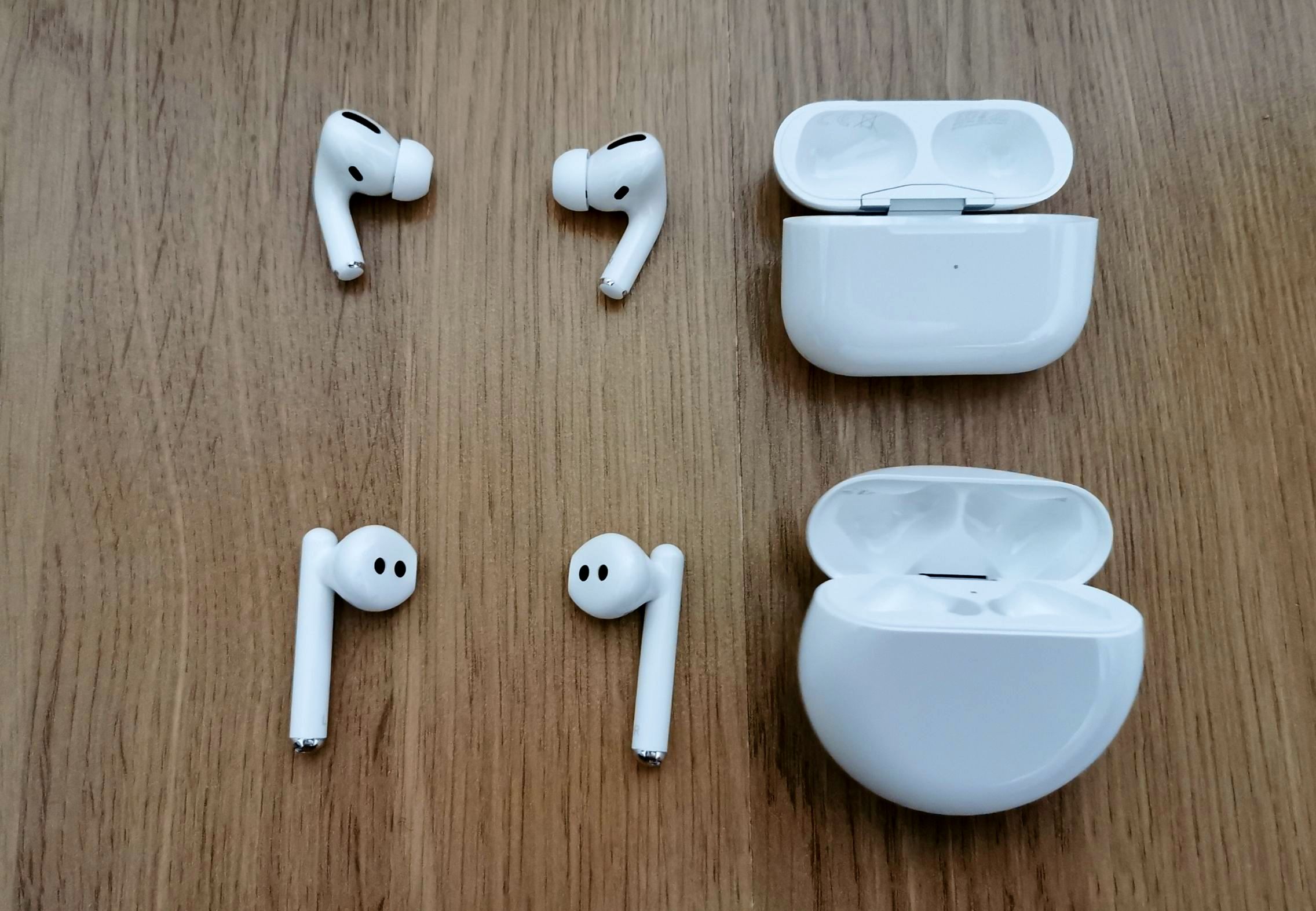 The battery life varies depending on the volume and whether or not you are using noise-canceling. In the first long-run test, we used the EarBuds 3 for 2.5 hrs straight, with the volume set at 65 percent, leaving us plenty of room to go even louder.

The second try involved noise-canceling most of the time, and we managed to get two hours and forty minutes and had 20 percent in the earbuds. The volume was ranging from 65 to 85 percent. They completely discharged five minutes short of three hours. Without noise-canceling you can expect them to run about 3.5 hours.

Close to three hours with noise canceling on most of the time is a quite good result for extremely light and small wireless earbuds. Even after more than three hours of almost constant use, my ears didn’t feel any fatigue.

I did notice that the left earphone has a somewhat higher battery discharge, but a few times this would happen to the right one as well. During all testing, FreeBuds 3 had 5 percent of the charge difference between left and right, and most of the time, they had the same.

10 minutes of charge gets you 50 percent battery

Once I completely dried the battery on both buds, I started charging and got an astonishing result. They support wired USB Type-C 5V 1.2A total 6W or Wireless Qi standard 2W or approximately three times slower.

Just 10 minutes after the start, they both charged to 50 percent, and the charging case dropped to 75 percent. Ten minutes of charging will give you close to two hours of playback, which is an admirable result.

After 15 minutes, charge the left earbud charge to 70 percent and right to 65 with the charging case at 75 percent. Good 20 minutes after the start, there was 80 percent in the left and 75 percent on the right bud and 70 percent (minus 15 percent) from the start. 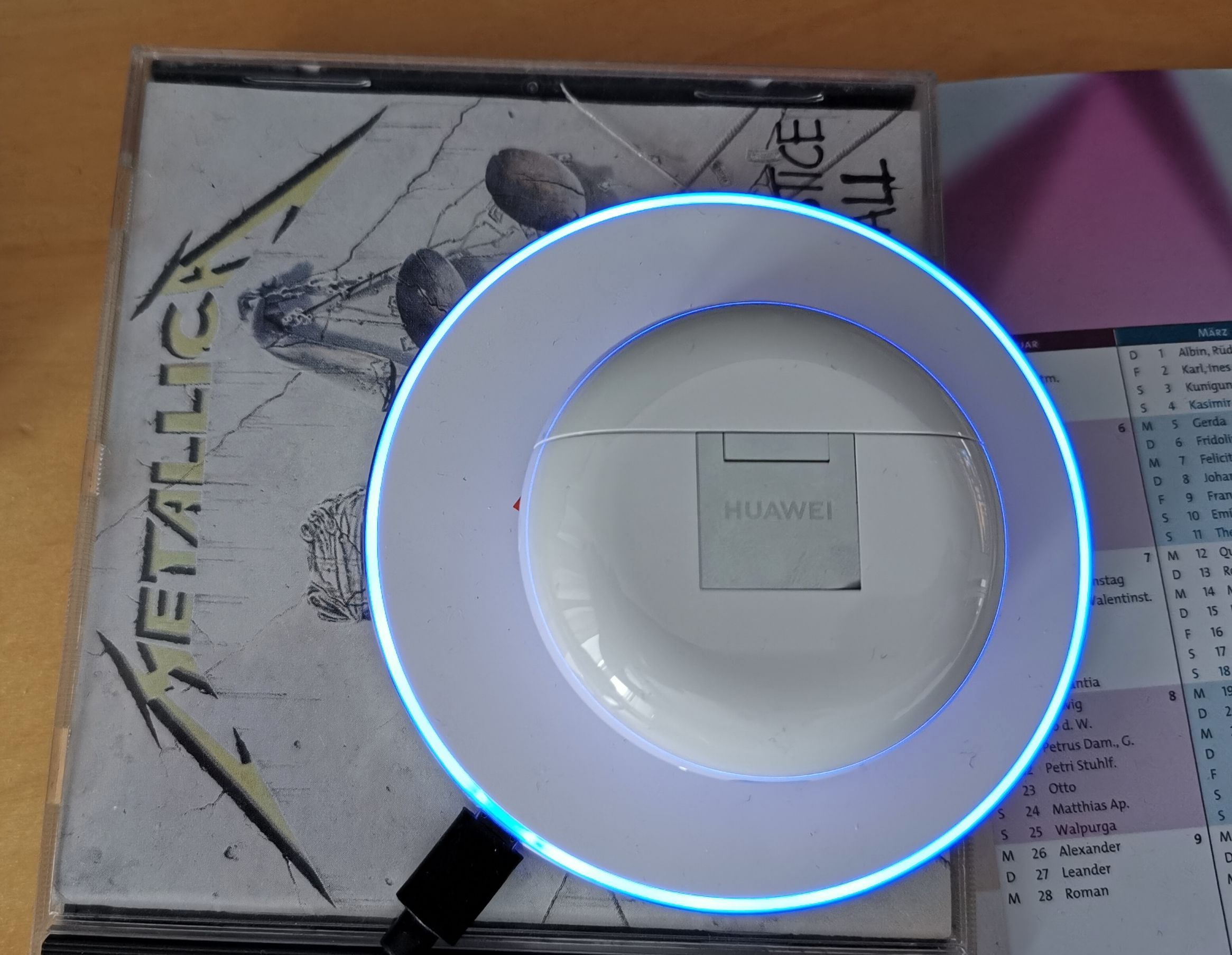 The nature of my job is to be on the conference calls, and this is where I put the FreeBuds 3 on the test. No one complains about the quality of the call, or that they could not hear me. It is, of course, a great sign that people didn’t complain about the voice quality as the FreeBuds 3 was doing its job well.

Noise-canceling is one of the key features of the headphones, at least for frequent commuters and travelers. They will do a decent job in the office too, but the office environment is, in my opinion at least, is more of a over-ear headphone than earbuds kind of place. That is, of course, everyone’s preference.

I am happy to report that that noise canceling makes a noticeable difference in a noisy office, underground train, train, car, and on an airplane. I didn’t expect such an effect in the plane, but FreeBuds 3 managed to remove a lot of the engine background noise. Since my work often includes 12-hour flights with one short connection I would have to charge them several times during the flight. Over the ear headphones that can hold the charge for 24 hours depending on the model sound like a better fit for the long hall frequent flyer. Shorter flights, office work, and typical commuters will be fine with the FreeBuds 3.

Huawei has an option to adjust noise-canceling as hearing is an individual thing. The option was useful in the flight as the rotating dial inside of the AI Life App made a big difference. 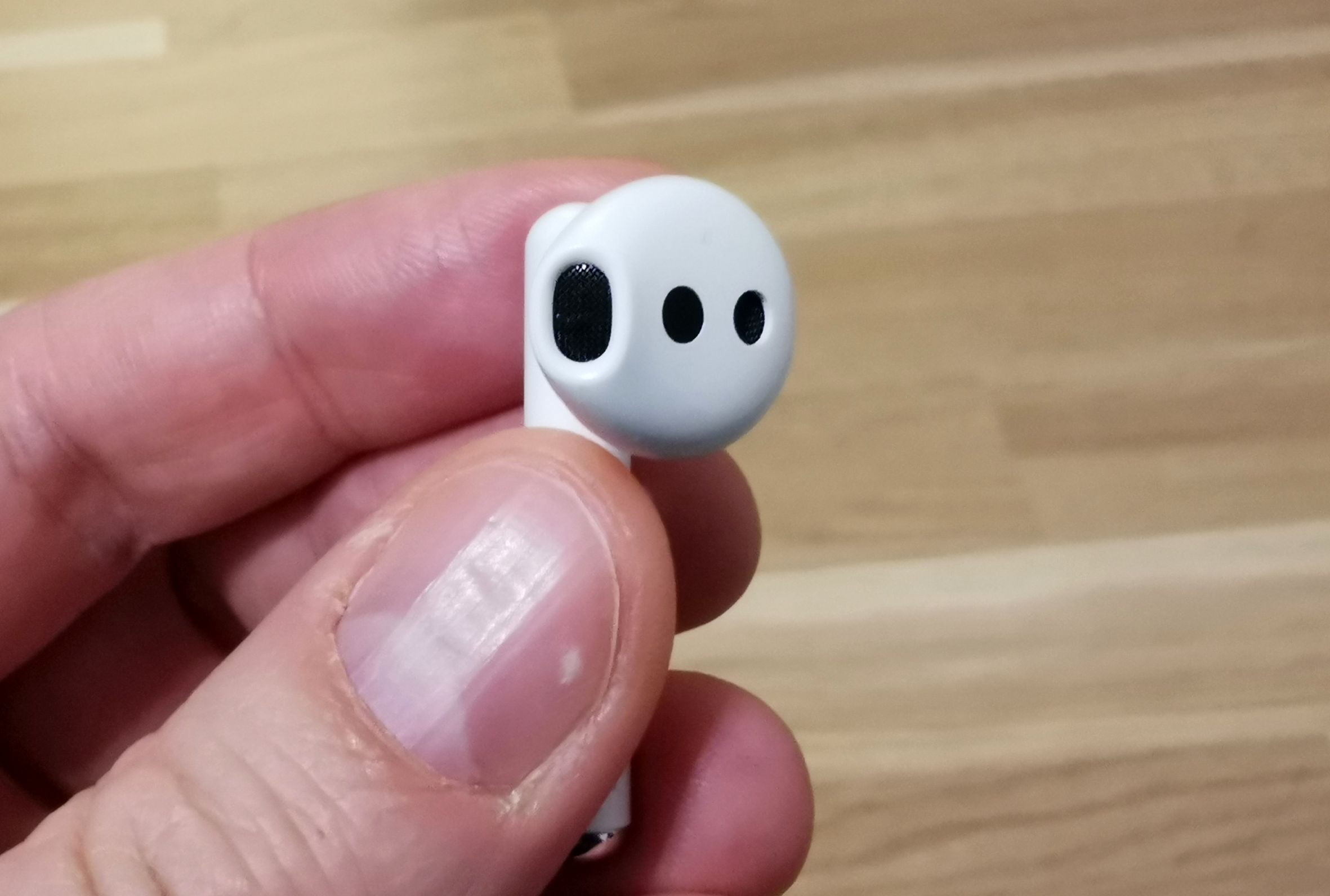 All the controls of the earbuds on Android phones are handled via the AI Life application. It will show you the case charge as well as the individual buds charge. The connection settings, as well as shortcuts, are easy to access. Two additional buttons noise canceling and check for updates do what they are designed to do. At the time of writing, the application is still not publicly available, but we received it for testing. The earbuds are expected to launch in mid-November, depending on the market, and this date relates mostly to Europe and Asia as far as we know.

At the time of writing, Huawei just released the official version on the Play store, and there was an update for the buds to 1.9.0.116  (1.73MB) that improves Bluetooth connection stability and optimized system compatibility. The update promises to improve playback quality, and increases wear detection responsiveness. The app will work for other Huawei applications, predominantly routers and Huawei Eyeware, too. 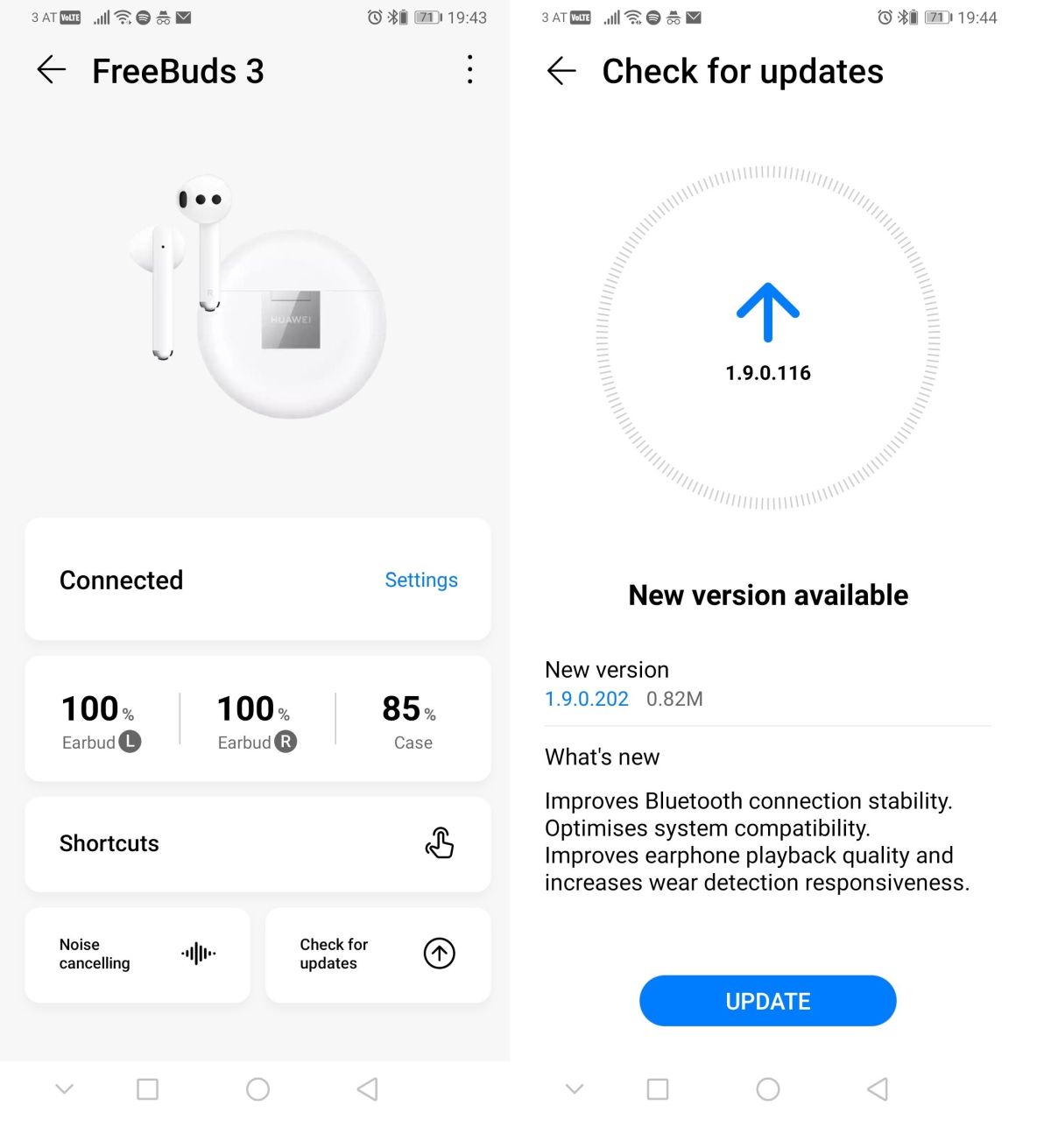 Bluetooth under Windows 10 is one of my favorite topics. FreeBuds 3 worked well with Windows 10 on several transportable machines. Apple AirPods are connecting automatically to Macs, and FreeBuds 3 will connect to Windows 10 Home or Pro.

Open the case, press the pairing button and wait for the led to turn white. The next step is to open a Bluetooth setting on Windows 10, and in our case, Windows 10 recognized the case and connected. The pairing procedure worked on Dell XPS13 and Surface Pro X, in both cases flawlessly.

Once I turned the laptop on again, the laptop took away the connection from my Android phone. It represents an interesting case, but it is easy to turn the Bluetooth on the PC off and get the connection back to the phone or vice versa.

Huawei Bluetooth watch support is the last thing that I want to address. It will allow FreeBuds 3 to stream a piece of music from the watch to the FreeBuds 3. One can say that Apple can do the same, and other android watches can do it too, but the important part is to acknowledge that the stylish Huawei GT 2 watch has a battery life of up to two weeks. In real life, testing more than ten days is more than possible. Android Wear and Apple Watch battery life are one to two days at best. 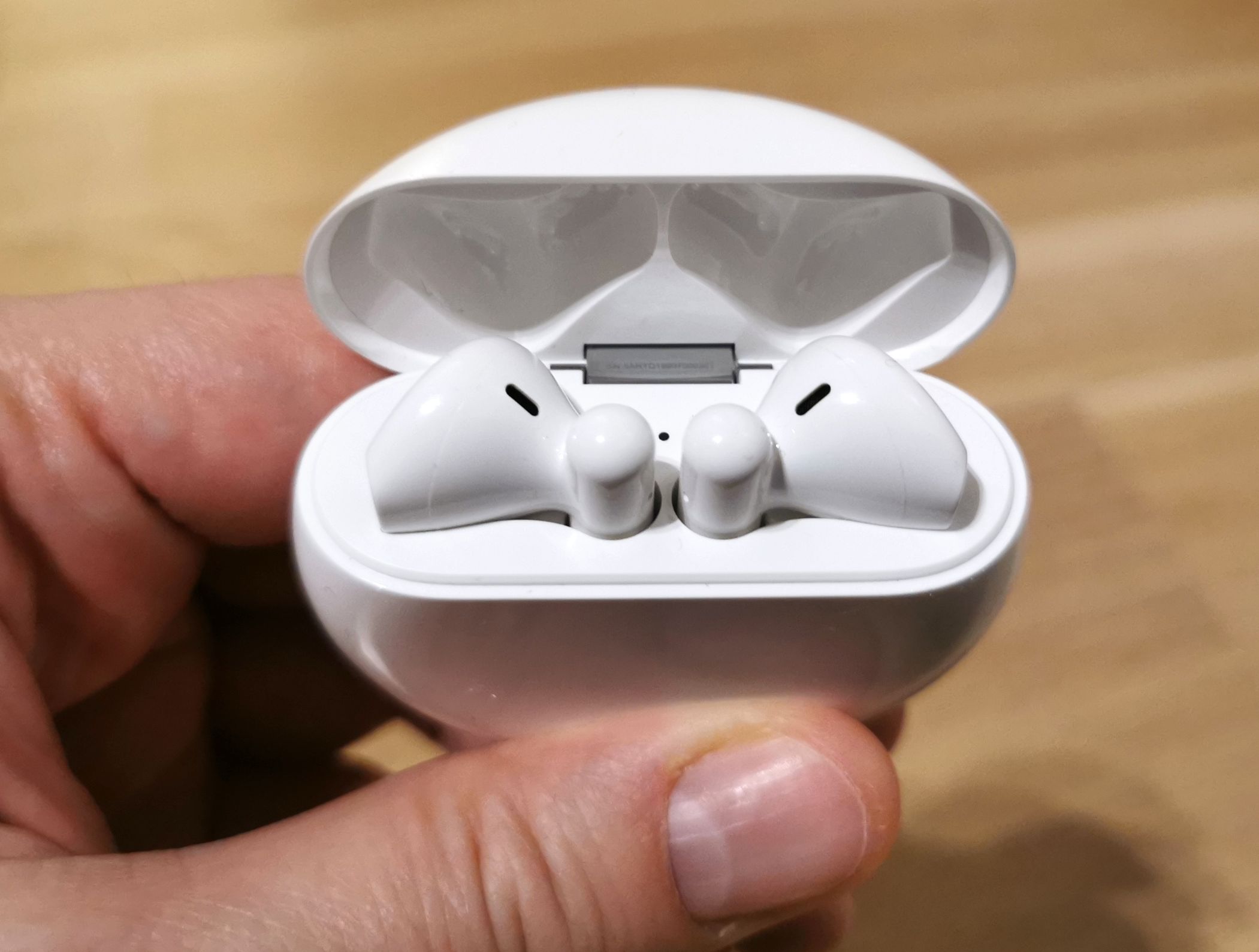 The FreeBuds 3 connect to the watch and play a piece of MP3 music. It won't work with Spotify and other streaming services, which is a downside for people not owning music. One can imagine that going to the gym or for a run without a phone as a possible use case scenario.

At €179 in the Eurozone or £169 in the UK, FreeBuds 3 is an extremely attractive option. Huawei high-end users who go after the P30 Pro or Mate class of devices should be all over these buds. These users will benefit from the reverse charging, but also non-Huawei phone users loving android should give them a try too.

The sound is great with some space for improvement, the battery life of three hours with noise canceling and slightly more without it is very appealing. Quick charging both earbuds and the case are another added value, and the case they come with comes with the wireless charging option out of the box. With Apple AirPods, one needs to buy the wireless case separately.

FreeBuds 3 is not the cheapest solution on the market, but they do offer active noise canceling, which is still quite rare on the market. Sony does have great noise-canceling in-ear headphones, but they are in a higher price category. 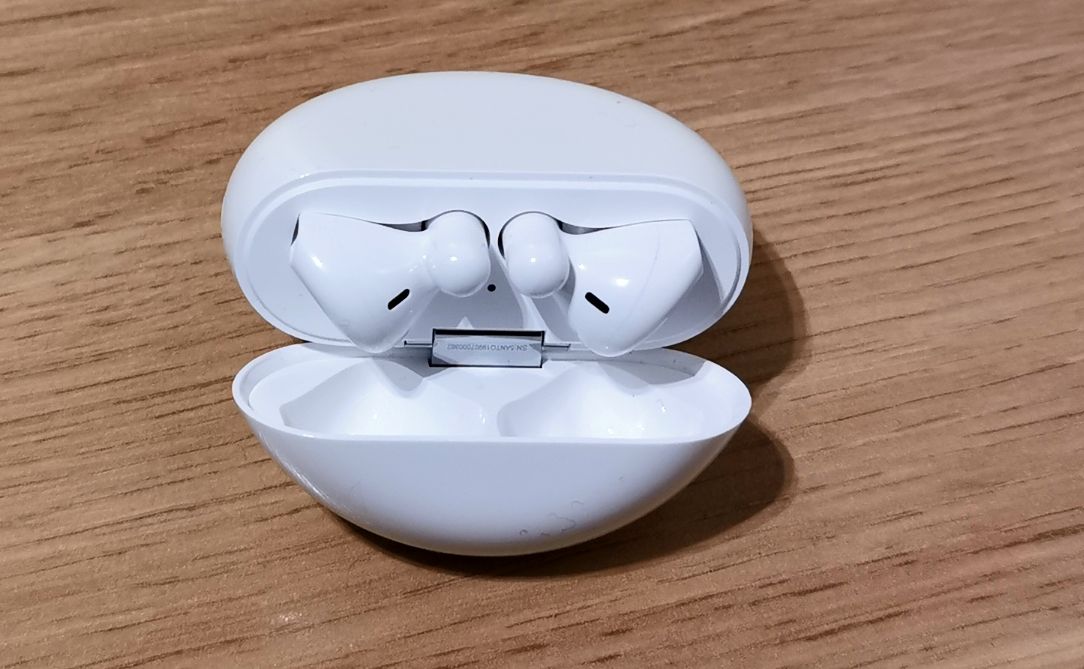 One can imagine that Huawei might be thinking about an in-ear Pro version as we speak, but in the meantime, if you are in the market for wireless earbuds, FreeBuds 3 are a great choice.

Overall, if one is in the market for good sound, battery, and nicely specced product, FreeBuds 3 look like an attractive option for the holidays.