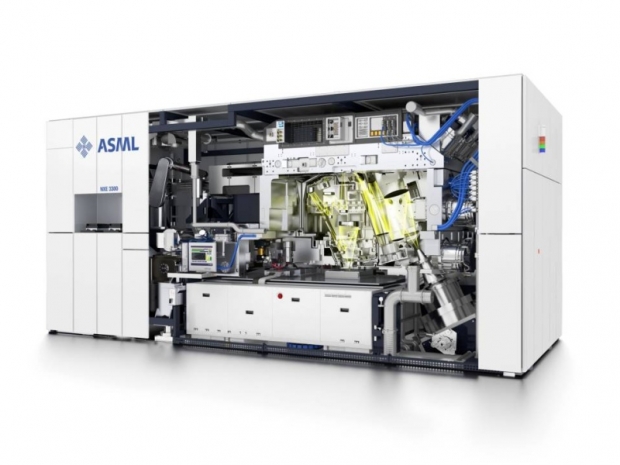 Chipmaking gear maker ASML has told the world that that its customer TSMC has exposed more than 1000 wafers on an NXE:3300B EUV system in a single day.

This is an important move towards using EUV lithography in volume production of semiconductors. So far the technology, which has proved promising, has not managed to be used in commercial processes.

Anthony Yen, R&D director at TSMC, told the 2015 SPIE Advanced Lithography Symposium that during a recent test run on an NXE:3300B EUV system more than 1022 wafers were exposed in 24 hours with sustained power of over 90 Watts.

“We are pleased with this result, as it shows us the potential of the system.”

The NXE:3300B system is one of two such systems currently at TSMC, and will be joined by two additional to-be-shipped new NXE:3350B systems. TSMC has stated that it intends to use EUV in production, the company stated.

Hans Meiling, vice president of service and product marketing EUV at ASML said the test run at TSMC demonstrates the capability of the NXE:3300B scanner, and moves closer to the target of sustained output of 1000 wafers per day by 2015.”

“We must continue to increase source power, improve system availability and show this result at multiple customers over multiple days,” he added.

Rate this item
(6 votes)
Tagged under