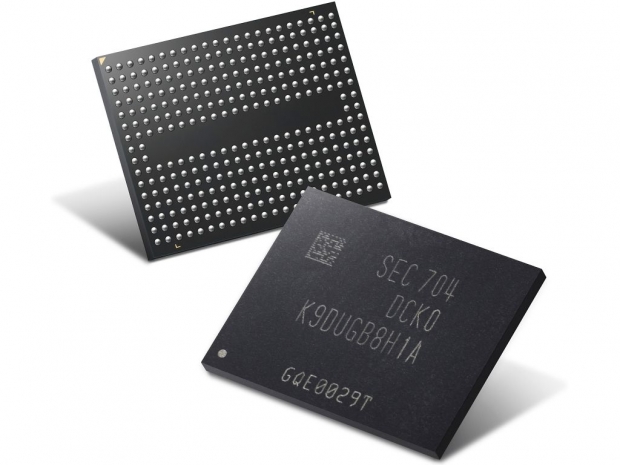 Based on TLC 3D V-NAND

Samsung has revealed plans to launch a new SSD series that will replace the currently available 960 EVO and 960 Pro.

At the Flash Memory Summit, Samsung  revealed its plans to launch the new 970 and 980 series NVMe SSDs that will replace the current 960 EVO and 960 Pro as well as showing off plenty of other future products and technologies.

The report coming from Tom’s Hardware suggests that Samsung might switch from the EVO and Pro branding to a simple model number and simply launch the next-gen SSDs as the 970 and 980 series. Samsung could be using its 64-layer 3-bit-per-cell (TLC) V-NAND for most of its next-generation consumer lines which are expected to appear in late 2017/early 2018.

In addition to the new 970/980 series SSDs, Samsung also talked about the upcoming 4-bits-per-cell (QLC) NAND technology as well as unveiled a first prototype based on it, the 128TB SAS SSD with a 1TB die size.